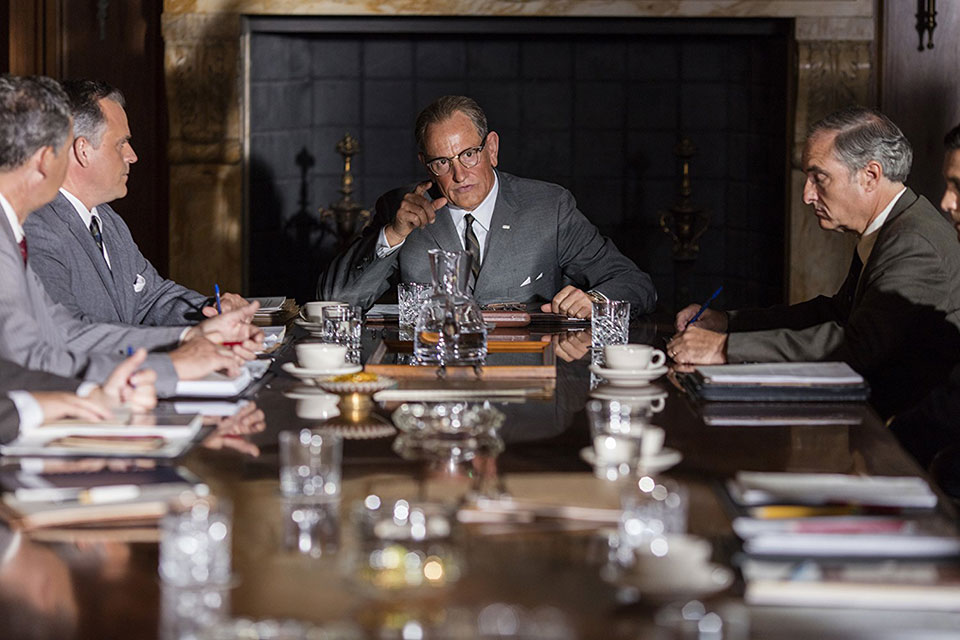 A Bad Moms Christmas (R for crude humor, graphic sexuality, drug use and pervasive profanity) Mila Kunis, Kristen Bell and Kathryn Hahn reprise their roles in this holiday-themed sequel which finds the underappreciated and overburdened BFFs struggling to measure up to the expectations of their visiting moms (Christine Baranski, Cheryl Hines and Susan Sarandon) at Christmastime. With Jay Hernandez, Peter Gallagher and Wanda Sykes.

Roman J. Israel, Esq. (PG-13 for violence and profanity) Denzel Washington plays the title character in this crime drama about an idealistic attorney pressured to compromise his values after his law partner (Colin Farrell) suffers a heart attack. With Carmen Ejogo, Shelly Hennig and Nazneen Contractor.

1945 (Unrated) Post-World War II drama, set in Hungary, about a Jewish father (Ivan Angelus) and son (Marcell Nagy) treated with suspicion upon returning to their hometown after surviving the Holocaust. Support cast includes Peter Rudulf, Bence Tasnadi and Agi Szirtes. (In Hungarian and Russian with subtitles)

Blade of the Immortal (R for graphic violence and relentless carnage) High body count, samurai saga about a chivalrous warrior (Takuya Kimura) who helps an orphan (Hana Sugisaki) avenge the murder of her parents by a ruthless warlord's (Sota Fukushi) goons. With Hayato Ichihara, Erika Toda and Kazuki Kitamura. (In Japanese with subtitles)

The First to Do It (Unrated) Hoops documentary chronicling the life and times of Earl Lloyd (1928-2915), who grew up in the segregated South, made history in 1950 when he became the first African American to play in the NBA, and lived long enough to see the country elect its first Black president.

Gilbert (Unrated) Poignant retrospective of the career of Gilbert Gottfried, who started out doing standup comedy as a teenager before getting a big break at 20 when he was recruited to join the cast of “Saturday Night Live.” Featuring commentary by Lewis Black, Whoopi Goldberg and Jim Gaffigan.

Last Flag Flying (R for pervasive profanity and sexual references) Richard Linklater directed this bittersweet drama about a grieving Vietnam vet (Steve Carell) accompanied by a couple of his marine buddies (Laurence Fishburne and Bryan Cranston) to the funeral of his son killed in Iraq. With Cicely Tyson, J. Quinton Johnson and Deanna Reed-Foster.

LBJ (R for profanity) Woody Harrelson plays Lyndon Baines Johnson in this biopic centering on the early months of his presidency when he took the reins of power in the wake of the assassination of JFK (Jeffrey Donovan). Featuring Michael Stahl-David as RFK, Jennifer Jason Leigh as Lady Bird and Judd Lormand as Secretary of Defense Robert McNamara.

Singularity (PG-13 for action and violence) Sci-fi thriller, set in 2020, revolving around the CEO of a hi-tech company (John Cusack) who invents a robot programmed to end all wars, only to have an army of them turn on humanity. With Julian Shaffner, Jeannine Wacker and Carmen Argenziano.

Wait for Your Laugh (Unrated) Reverential retrospective about Rose Marie, the legendary comedienne who started on radio and in vaudeville at the age of 4 and has enjoyed an enduring career of 90 years and counting. Featuring tributes by Dick Van Dyke, Tim Conway and Carl Reiner.