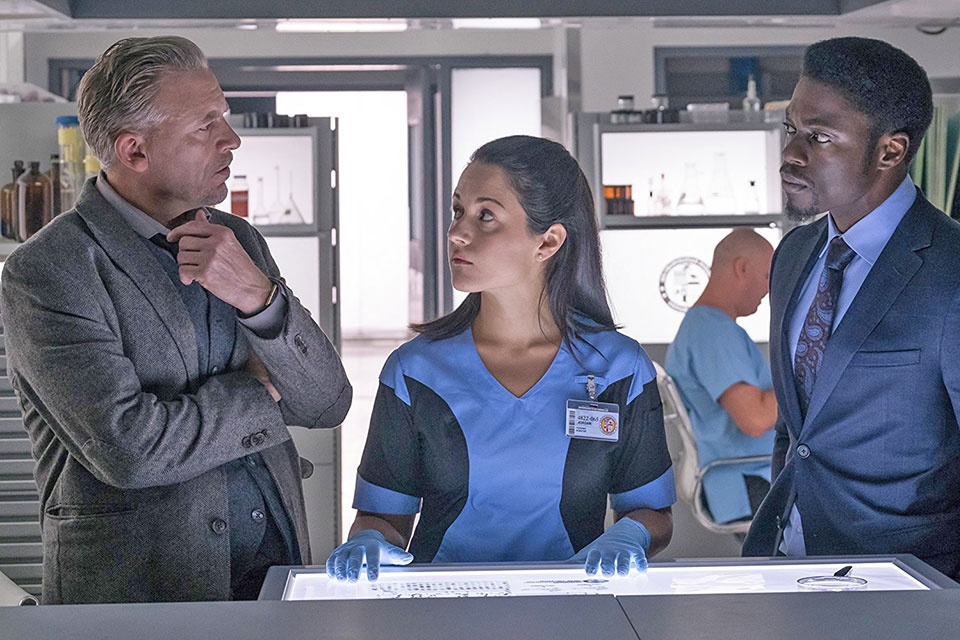 All I See Is You (R for profanity, nudity and graphic sexuality) Psychological thriller, set in Bangkok, about a blind woman (Blake Lively) whose faith in her marriage is shaken to the core when she regains her sight and discovers some disturbing details about her husband (Jason Clarke). Supporting cst includes Yvonne Strahovski, Dannu Huston and Wes Chatham.

Acts of Vengeance (R for violence and profanity) Suspense thriller revolving around an attorney-turned-vigilante who takes a vow to remain silent until he exacts revenge on the murderers of his wife (Cristina Serafini) and young daughter (Lillian Blankenship). With Karl Urban, Paz Vega and Robert Forste.

Crash Pad (R for nudity, profanity, alcohol abuse , drug use, crude humor and graphic sexuality) Romantic comedy about a naive young guy (Domnhall Gleeson) who falls blissfully in love with an older woman (Christina Applegate) until he learns she's married and only slept with him to get even with her neglectful husband (Thomas Haden Church). With Nina Dobrev, Aliyah O'Brien and Britt Irvin.

Felicite (Unrated) Vero Tshanda Beya Mputu plays the title character in this Congolese musical drama, set in Kinshasa, about a headstrong saloon singer desperate to raise the cash for her 14 year-old son's (Gaetan Claudi) hospital bills after a crippling motorcycle accident. With Papi Mpaka, Nadine Ndebo and Elbas Manuana. (In French and Lingua with subtitles)

Judwaa 2 (Unrated) Action-oriented sequel about twins (Varun Dhawan) separated at birth and reunited as adults by a twist of fate in time to save their family's business from ruthless mobsters. With Salman Khan, Anupam Kher and Jacqueline Fernandez. (In Hindi with subtitles)

Let There Be Light (PG-13 for mature themes involving drug and alcohol abuse) Faith-based drama revolving around an avowed atheist/absentee father (Kevin Sorbo) who converts to Christianity and turns over a new leaf after almost dying in an auto accident. Featuring Sam Sorbo, Daniel Roebuck, Dionne Warwick and Travis Tritt.

Suck It Up (Unrated) Bittersweet dramedy about a grieving sister (Grace Glowicki) and girlfriend (Erin Margurite Carter) who embark on a therapeutic road trip to mourn their loss in the wake of the untimely death of a guy they both loved. With Dan Beirne, Toby Marks and Nancy Kerr.