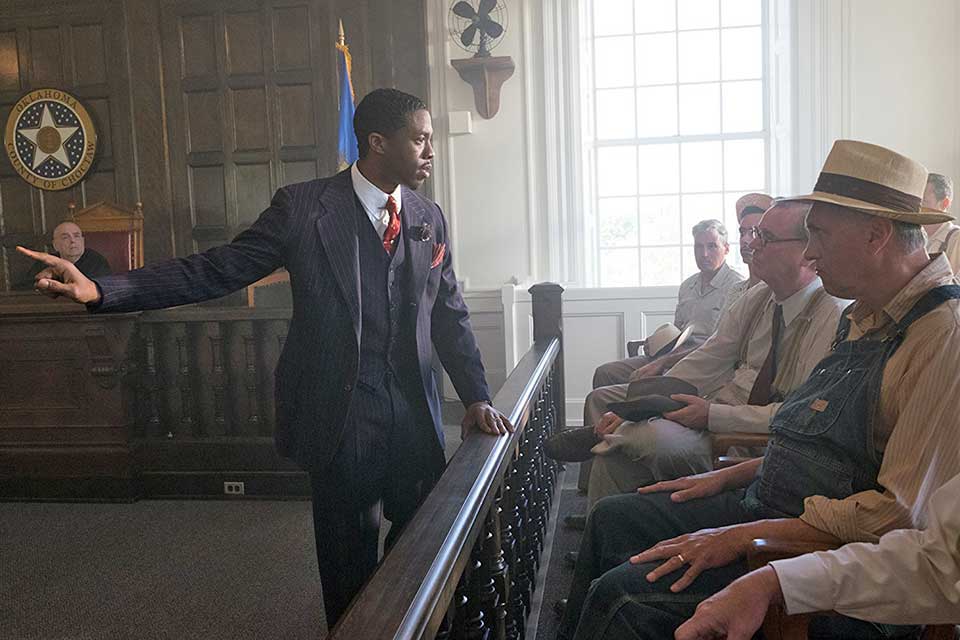 The Foreigner (R for violence, profanity and sexuality) Jackie Chan handles the title role in this action thriller as a businessman-turned-vigilante who embarks on a revenge-fueled vendetta across Ireland in search of the terrorists behind the London bombing which claimed the life of his teenage daughter (Katie Leung). With Pierce Brosnan, Rufus Jones and Mark Tandy.

Happy Death Day (PG-13 for violence, terror, profanity, crude sexuality and drug use) Rewind horror flick about a college coed (Jessica Rothe) forced to relive the Friday the 13th on which she was murdered over and over until she figures out her killer's identity. Featuring Israel Broussard, Ruby Modine and Rachel Matthews.

For Ahkeem (Unrated) Coming-of-age documentary about a 17-year-old African American girl's attempt to finish high school for the sake of her newborn son.

M.F.A. (Unrated) Tale of female empowerment about a grad student (Francesca Eastwood) raped by a classmate who moonlights as a vigilante to exact revenge on behalf of fellow victims of sexual assault on campus. Featuring Clifton Collins, Jr., Michael Welch and Peter Vack.

The Secret Scripture (PG-13 for sexuality, profanity and mature themes) Poignant character portrait of a mental patient (Rooney Mara) forced to vacate the psychiatric hospital she's called home for a half-century because it's slated to be flattened by a wrecking ball. Ensemble cast includes Vanessa Redgrave, Eric Bana, Aidan Turner and Theo James.

Signature Move (Unrated) Out-of-the-closet dramedy, set in Chicago, about a lesbian Pakistani (Fawzia Mirza) who falls in love with a Mexican gym rat (Sari Sanchez) she meets in the ring after taking up Lucha-style wrestling. Featuring Shabana Azmi, Audrey Francis and Mark Hood. (In English, Spanish and Urdu)

Swing Away (PG for drinking, smoking and mild epithets) Tale of redemption about a professional golfer (Shannon Elizabeth) who goes to her grandparents' tiny village Greece to recover away from the limelight after having a very public meltdown in the public eye. With Manos Gavras, John O'Hurley and Viktoria Miller. (In English and Greek with subtitles)