‘Hands Up’ Has Second Run in Portland 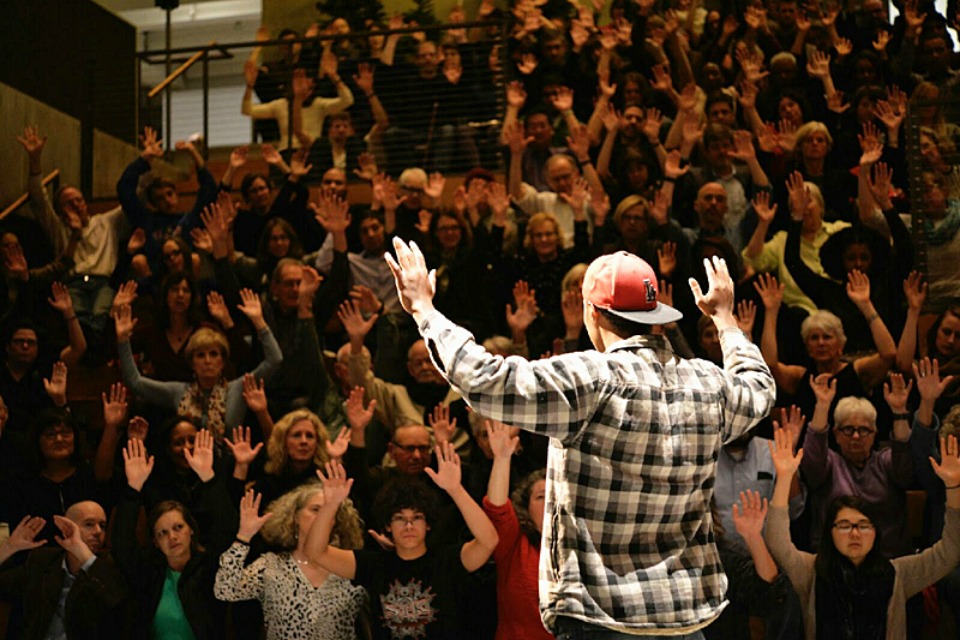 The August Wilson Red Door Project in North Portland will be presenting “Hands Up” for a second time in Portland Sept. 22 – 24.

As an African American-led nonprofit, the theater is working to change the racial ecology of the city through the arts – and “Hands Up” aligns poignantly with its mission.

In the wake of 2014’s police shooting of Michael Brown in Ferguson, Mo., and John Crawford III in Beavercreek, Ohio, The New Black Fest in Brooklyn commissioned seven emerging Black playwrights to write monologues about the state-of-mind of African Americans in an era of institutional profiling and racism.

The result is the timely “Hands Up: 7 Playwrights, 7 Testaments,” which premiered at the National Black Theater in New York in 2014 and includes the works of playwrights Nathan James, Idris Goodwin, Nambi Kelley, NSangou Njikam, Dennis Allen II, Nathan Yungerberg and Eric Holmes.

The show, which is free to the public, made its Rose City debut last year and reached thousands of Portlanders through word-of-mouth performances held in theatres, community centers, colleges and even a special engagement for the Portland Police Bureau.

Red Door Project co-founder and CEO Kevin Jones, is returning to his role as director of “Hands Up,” whose partners include the NAACP, the YWCA, Wieden and Kennedy, and Portland State University.

Jones said he wanted to bring the production to Portland, not because its themes or experiences are necessarily specific to the city, but because the work is relevant to any Black person.

“As an African American man born and raised in this country, police profiling is something that’s been on my radar since I was 15-years old,” Jones, an award-winning actor, told The Skanner. “I don’t see it any different in Portland. As a matter of fact in some cases I see it much worse here with the Black population versus the White population.”

What makes “Hands Up” uniquely relevant is that each performance is followed by an open discussion with audience members.

“This show does not hold back. I would say most people – especially Caucasian people in this country – are not used to the level of raw truth and anger that is expressed in the show,” said Jones.

“By the end, everyone, not just White people but Black people as well, are pretty riled up. So we give people an opportunity to de-escalate and then we ask them to stay out of their head and share what they feel.”

According to the director, live theater – and the conversations it ignites – can often have more impact than typical trainings in diversity, equity and inclusion, because of its sheer creative expression and provocation.

“We have found that there’s a lot of learning that happens,” continued Jones, “and what looks like a lot of healing and understanding that comes about from the talkback.”

While the performance is free and open to the public, donations are accepted at the door and theater-goers are encouraged to reserve tickets in advance.