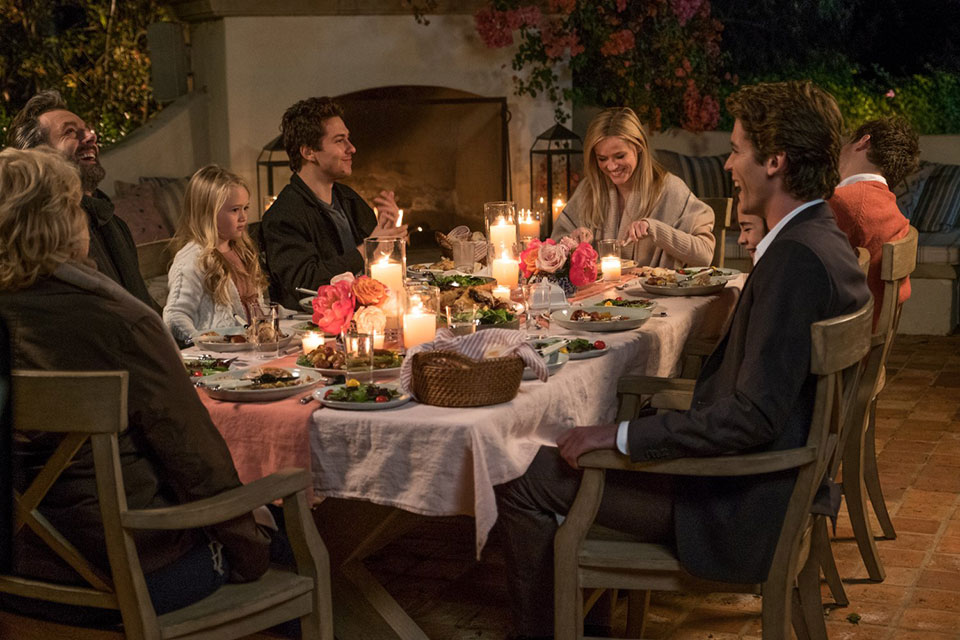 After separating from her husband, Austen (Michael Sheen), Alice Kinney decides to move from Manhattan to L.A. with her two young daughters, Rosie (Eden Grace Redfield) and Isabel (Lola Flanery). Although her dad has passed away, the return to the house she grew in is a no-brainer, since the girls will have a chance to live in the lap of luxury while being pampered by their doting grandma, Lillian (Candice Bergen).

Alice's late father was apparently a far better film director than spouse, considering how his embittered widow still complains about his philandering and smugly delights in his demise, saying, "He's gone now, so I won!" Nevertheless, the sprawling mansion the legendary icon provided does have a storeroom stuffed with Oscars, movie posters and other memorabilia from his enviable Hollywood career.

Soon after arriving, Rosie and Isabel become terribly homesick. That's not the case with their suddenly-single mom, who heads to a pick-up bar to celebrate her 40th birthday with a couple of long-lost BFFs. Next thing you know, the hot-to-trot cougars find themselves sharing drinks with a trio of fledgling filmmakers in their twenties, one of whom, Harry (Pico Alexander), is instantly smitten with Alice.

Selfishly, she not only takes all three home with her, but enjoys an ill-advised, one-night stand with her ardent admirer. This only serves to confuse curious Rosie, who asks some tough questions the next morning ("How did you meet?" "Did you have a sleepover?) when she discovers her mother in bed with a stranger.

The farfetched premise plot further tests credulity when Granny Lillian, instead of objecting to the young men's presence, invites them to move into the guest house upon learning that they're almost broke and struggling to make it in showbiz. Not long thereafter, wouldn't you know that Austen might arrive from New York unannounced, hoping to reconcile with his estranged ex?

Thus unfolds “Home Again,” a zany romantic romp written and directed by Hallie Meyers-Shyer. She makes an impressive debut, here, with a tasteful love triangle storyline reminiscent of Something's Gotta Give (2003) and It's Complicated (2009). Hallie didn't have to look far for inspiration, as both of those hit pictures were written and directed by her Oscar-nominated mom, Nancy Meyers (for Private Benjamin).

Finally, a relatively-sophisticated, female-centric comedy revolving around romance rather than raunch. What a refreshing treat!