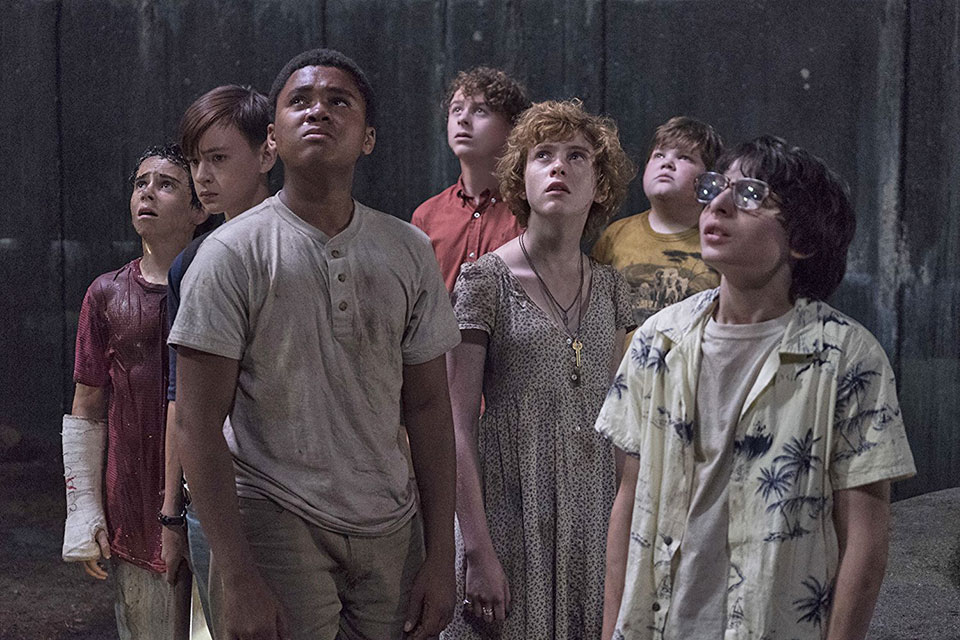 Written by master of suspense Stephen King, “It” was the best-selling book in the U.S. during 1986. The riveting page-turner was set in deceptively-serene Derry, Maine, where a sadistic clown living underground in the sewers disrupted the peace of the picturesque city by preying primarily on children.

In 1990, King's 1,184-page opus was turned into an Emmy-winning miniseries starring Tim Curry in the title role of It, better known as Pennywise. Now, the novel has been fairly-faithfully adapted to the big screen with Bill Skarsgard playing the demonic harlequin.

As the film unfolds in the fall of 1988, we find 11-year-old Bill Denbrough (Jaeden Lieberher) busy building a small sailboat for his little brother, George (Jackson Robert Scott). One can't help but notice a pair of observing eyes glowing ominously from a darkened corner of the spacious basement.

Then, during a heavy downpour, a grateful George launches his new toy in the freshet flowing along the gutter in front of his house. The "S.S. George" floats to the corner of the block where it is promptly swallowed by the sewer.

And when the unsuspecting kid peers down the storm drain to retrieve it, he is greeted by an ingratiating stranger who playfully introduces himself as Pennywise, the Dancing Clown. After being promised a balloon, popcorn and the return of his boat, George lets his guard down long enough to be dragged into the sewer, leaving behind only a blood-stained street.

Fast-forward to the last day of the school year. Still-grieving Bill is now the leader of the Losers Club, a motley crew of social outcasts who decide to spend their summer vacation solving George's mysterious disappearance. Of course, they have no idea they're up against a formidable foe in the elusive, shape-shifting Pennywise.

Instead of apprehending the perpetrator, the body count merely continues to rise as other names are added to the Missing Persons list. Eerie atmospherics, a talented ensemble of adolescent actors and the creepiest clown since Heath Ledger's Joker combine to create a macabre masterpiece that will continue to haunt you long after you leave the theater.

I can't pass a sewer anymore without half-expecting Pennywise's frightening face to appear!