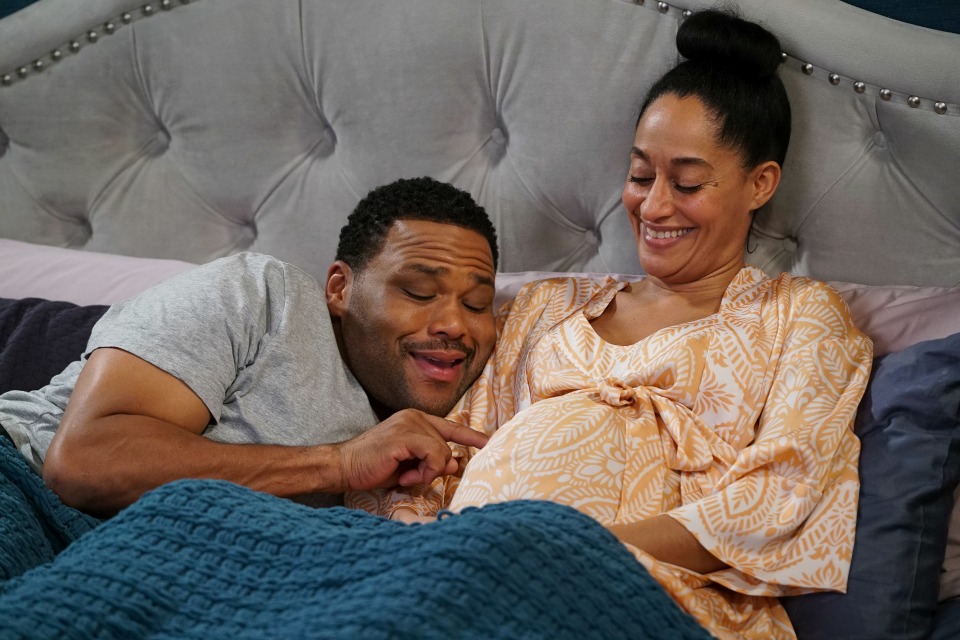 LOS ANGELES (AP) — When cameras pan across the faces of eager, anxious Emmy Award nominees at Sunday's ceremony, TV viewers will see a record 12 African Americans vying for comedy and drama series acting honors. But it's a lop-sided outcome in the struggle for diversity.

"Master of None" star Aziz Ansari, who is of Indian heritage, is the sole Asian American to be nominated for a continuing series lead or supporting role. Not a single Latino is included in the marquee acting categories.

An Emmy version of the 2015-16 #OscarsSoWhite protests would miss the point: Worthy films and performances from people of color were snubbed by movie academy voters, while insiders say the scant Emmy love for non-Black minorities largely reflects closed TV industry doors.

"There are a lot of us, but because we haven't gotten the opportunity to shine you don't know we're around," said Ren Hanami, an Asian American actress who's worked steadily on TV in smaller roles but found substantive, award-worthy parts elusive.

The hard-won progress made by the African American stars and makers of Emmy-nominated shows including "black-ish" and "Atlanta" has brought them creative influence, visibility and, this year, nearly a quarter (23.5 percent) of series cast nominations.

While that success is cheered by other ethnic groups, they say it illuminates how narrowly the entertainment industry views diversity despite the fact that Latinos and Asian Americans are America's first and third largest ethnic groups, respectively.

But it also stands as proof that change is possible with a combination of activism, education and business savvy, according to industry members and outsiders seeking change.

"TV has never been 'brown-ish,'" said actor-comedian Paul Rodriguez, riffing on the title of the hit African American family comedy. He starred in the 1984 sitcom "a.k.a. Pablo," one of the handful of Latino-centered series, and wrote "The Pitch, or How to Pitch a Latino Sitcom that Will Never Air," a 2015 stage show he reprised this month in Los Angeles because, he said, Hispanics haven't gained ground.

"They don't put us on television enough for them to even know if it's not working," Rodriguez said. "They just assume it won't work. And it goes on year after year. Our population keeps growing, and so does our frustration."

It's reached critical mass, said Alex Nogales, president of the National Hispanic Media Coalition. In 1999, the coalition joined with the NAACP and others to demand action from broadcast networks in the wake of an all-White slate of new shows.

"I'm tired of being the nice Mexican. It hasn't taken us anywhere," Nogales said. His new plan: Make sure networks and increasingly popular digital platforms such as Netflix know when Latinos — nearly 18 percent of the U.S. population and with an estimated buying power of about $1.5 trillion and growing — are unhappy with their programming.

"Networks have brands that have been around for a very long time. We can damage that brand, we can do it by marching in front of their offices and embarrassing them. We can do it through social media," Nogales said, including putting pressure on TV advertisers.

"Diversity is profitable," he said. "Cultural diversity takes nothing nor steals from any other group."

He called for more and better market research on consumers, a point Rodriguez drives home in his play "Pitch." In one scene, a network executive character uses a pie chart that purports to show why Latinos are a loser for TV: Compared to blacks, they don't watch enough TV.

But a different picture emerges in the Nielsen research the industry uses. According to a recent report, the number of Hispanics that TV reached monthly in the first quarter of 2017 exceeded African-Americans (50.7 million compared to 39.3 million). Blacks still spend more viewing time weekly than other ethnic groups (43 hours vs. 23 hours for Latinos and 14 hours for Asian-Americans), but with smartphones and other viewing devices favored by young people the gap narrows or disappears.

Dispelling stereotypes and tired assumptions is familiar to Tiffany Smith-Anoa'i, CBS' executive vice president for entertainment diversity, a department she created in 2009.

"I'm always saying diversity doesn't mean black, it means so much more," Smith-Anoa'i said. She's used to encountering the industry attitude of, "'We have a black woman, or we have a black guy, we're done for the day.'"

"'Have your eyes look a little further,'" she advises producers. "It might take three phone calls to find an actor, writer or director instead of the two that you're used to. But it definitely is worth it when you're looking for real authenticity and fresh voices, and you get it."

There's been some progress but not enough, according to a six-university study released Tuesday. Researchers examined a year's worth of broadcast, cable and streaming shows and concluded that Asian Americans are underrepresented and "tokenized."

Major film schools say they're part of the solution. The University of Southern California's School of Cinematic Arts launched a diversity council several years ago and requires new grad students to take a class on the topic, said associate dean Kristin Borella.

"If we can educate our students across the board, regardless of ethnic background, about the experiences of these marginalized groups," she said, they may carry that perspective with them as they move up in the industry ranks.

"Brooklyn Nine-Nine" actress Stephanie Beatriz knows what can happen when those with power are part of the solution.

The sitcom's creators, Daniel J. Goor and Michael Schur, assembled people whose stories aren't part of their own experience, she said, "but they want to help tell them. As straight white men, they are the strongest allies that underrepresented groups could ever have."

Established actors of color and others with clout also are taking matters into their own hands. African Americans are well into the ownership game — music star John Legend's projects include the TV series "Underground," Laurence Fishburne is a producer on "black-ish" — and, increasingly, they're not alone.

Daniel Dae Kim ("Lost," ''Hawaii Five-0") started 3AD, a film and production company that is behind "The Good Doctor," a fall drama for ABC about a young surgeon (Freddie Highmore) with autism and savant syndrome. Nine other projects are in development by 3AD, Kim said, aimed at representing the full human condition, ethnic and otherwise.

"It's a conscious effort on my part, because this is the world that I'd like to see reflected," Kim said.

The Wild West nature of the digital world is providing another entry point for diversity, especially for novice creators.

Beatriz Acevedo is a veteran producer and founder of the media company mitu, which focuses on Latino and other young viewers and launched a program to develop young Latino creators. Mitu "incubates" projects by testing them online before taking them into the marketplace.

"Technology is the best thing that could have happened to our community, and any underserved and underrepresented community," Acevedo said. "No longer do you have to wait for validation from a network or studio to tell you ... 'Oh, that's gonna alienate my audience' or not."

Instead, she said, she can point to "all these white kids that are connecting with it" to make her case with network and studios.

Even legendary producer Norman Lear, of "All in the Family," ''The Jeffersons" and more groundbreaking TV fame, is taking the digital road. Lear, who produced "a.k.a. Pablo," is behind Netflix's reboot of his 1974-84 comedy "One Day at a Time" that puts a Cuban American family in place of the original white one.

The stretch from "Pablo" to now included a handful of Latino-focused series, including "The George Lopez Show," but there was essentially a vacuum from Margaret Cho's "All-American Girl" in 1994-95 to today's "The Mindy Project" and "Fresh Off the Boat."

It's obvious that television has long lagged in showing a fully diverse picture of America on screen, Lear said, but he declines to see his company's contributions as extraordinary.

"That goes along with waking up to the taste of a good coffee and the sight of a child. It's my life. It's what I thought to do, what we did," he said.

Lynn Elber is a national television columnist for The Associated Press. She can be reached at lelber@ap.org and on Twitter at http://twitter.com/lynnelber.