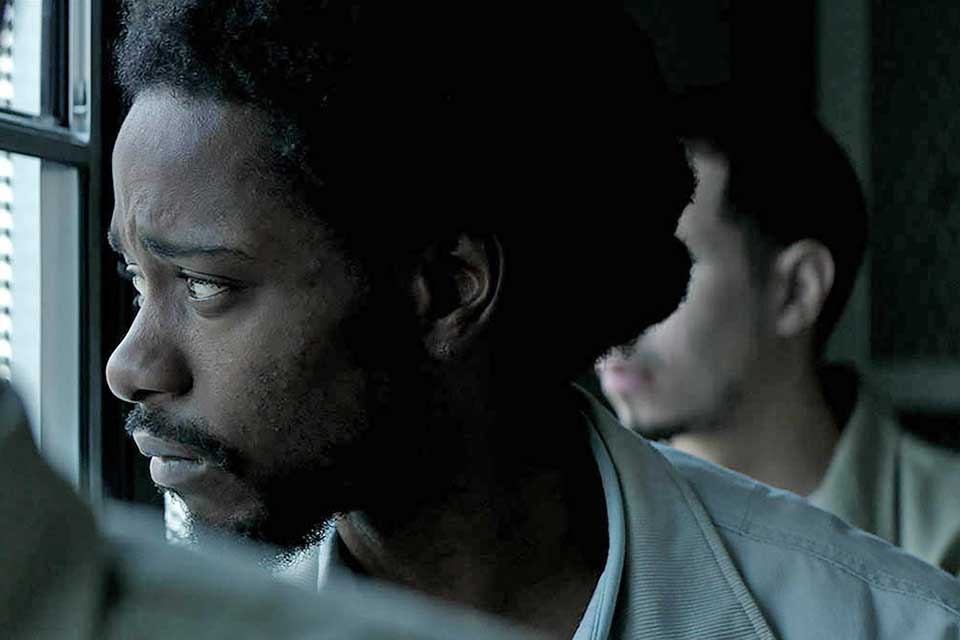 In the spring of 1980, Colin Warner (Lakeith Stanfield) was wrongfully accused of murder on the streets of Brooklyn by a 15 year-old juvenile delinquent (Skylan Brooks) who picked him out of a photo lineup provided by the police. That supposed "eyewitness" testimony was the only evidence linking Colin to the crime, but it didn't prevent a jury from convicting the 18-year-old in spite of a credible alibi and the absence of a motive, weapon or connection to the victim.

Soon, he was sent up the river where he began serving a life sentence for a crime he didn't commit. Truth be told, the only thing Colin was guilty of was being born poor and black in the inner-city, which meant he was very vulnerable to a criminal justice system totally indifferent to the plight of an innocent, indigent, African American defendant.

And he would very likely have merely wasted away behind bars forever were it not for the commitment to his cause of his BFF (Nnamdi Asomugha). Lucky for Colin, Carl King would remain obsessed with reversing the miscarriage of justice even after his appeals ran out and his attorneys, family and other friends had given up hope.

Written and directed by Matt Ruskin, Crown Heights is a riveting courtroom drama which recounts the events surrounding the shameful case. We watch Carl settle on his career as a paralegal with the goal of one day exonerating his lifelong friend. We also see the toll that that devotion would take on his marriage.

Fortunately, Carl did ultimately get Clarence Lewis to recant his testimony and admit that he'd lied under oath for orange juice and a candy bar. Too bad, that it took over 21 years to clear Colin's name.

A sobering indictment of the legal system that'll leave you wondering how many other Colin Warners might be incarcerated by a heartless prison-industrial complex routinely doling out a color-coded brand of criminal justice.