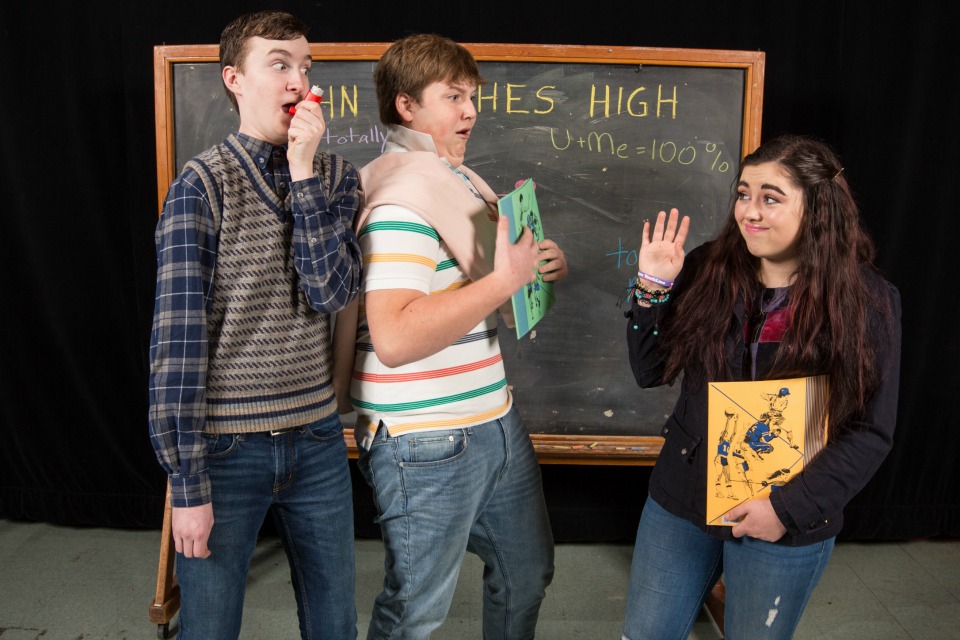 After a successful staged reading during January’s Fertile Ground Festival, Staged! is ready to launch the fully staged world premiere of Mark LaPierre and Eric Nordin’s musical homage to the John Hughes generation.

There are NO ADULT ROLES open. The production begins rehearsals in mid-March and runs May 3 - 20, 2018.

Auditioners should prepare 32 bars of a pop song. Bring sheet music, a resume, and a recent picture. Times are not assigned – first come, first seen, until 6:50 p.m. For details and to schedule an audition check out:​ ​http://stagedpdx.org/performance/auditions/​ or email ​diane@stagedpdx.org

It’s 1989 at John Hughes High where every student is fabulous and amazing EXCEPT Samantha. Previously ignored and now totally invisible to her classmates, Samantha has found the answer to her prayers – spending her senior year of high school at the French School of Ennui. She proposes her plan to her Mom, who won’t let Samantha go until she tries, “really tries,” to make friends.

Samantha strikes a deal – if she can be voted Most Friendly by the end of the year, her Mom will let her go. Now a grumpy social outcast must befriend all the Teen Supermodels, Vision-Questing Jocks, Fame Dancers, Pop Divas, Real Genius Nerds, and Rebellious Idealists, in order to be allowed to escape. Nostalgia – it’s not just for the breakfast club! From the people who brought you the smash hit ​“Heathers: The Musical” comes this new pop musical in the style of Queen, The Go-Gos, and the Thompson Twins.

The show is written by Mark LaPierre, creator of 3 seasons of sold out ​4X4=Musicals performances at past Fertile Ground Festivals in collaboration with composer Eric Nordin, whose 2015 Fertile Ground production of “​The Snowstorm” garnered a Drammy Award for best production. Director Diane Englert helmed Staged!’s smash-hit production of ​“Heathers: The Musical” and offers over 20 years of new play development experience ranging from Off-Broadway to Portland Center Stage.

About the Staged! Conservatory

The Staged! Conservatory offers a unique year-long, intensive, pre-professional training program for teens. Students meet for four hours each week to develop their acting, singing, movement and ensemble building skills. All Staged! Conservatory students graduate high school and go on to higher education at such schools a Stanford, Fordham, Adelphi, SMU and others.

This production offers the conservatory students an opportunity to originate a role, building important skills for future performance in the regional and national theatre community. Staged! is committed to growing artists through award-winning productions that have garnered more PAMTA and Drammy Awards per production than any other Portland theater company.