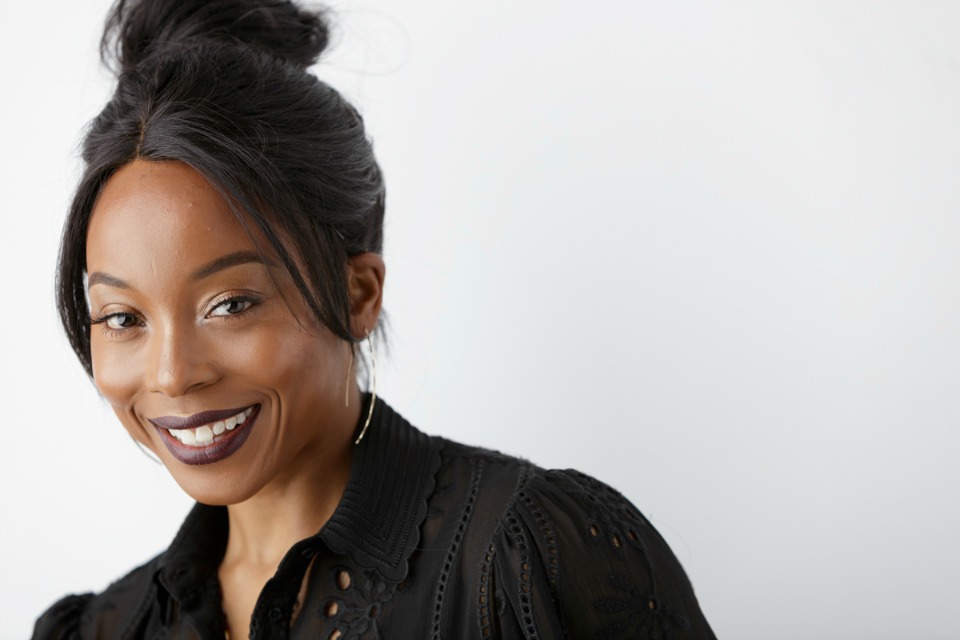 NAACP Image Award-nominee Erica Ash is currently starring as Brigette Hart, ex-wife of Kevin Hart, on the faux reality show “The Real Husbands of Hollywood,” as well as M-Chuck Calloway on the hit sitcom “Survivor’s Remorse.” Erica originated the roles of Addie “Micki” Harris and Dionne Warwick on Broadway in the jukebox musical “Baby, It’s You!”

She also starred in several other Broadway shows, such as “The Lion King” (Nala) and “Spamalot” (Lady of the Lake). Erica's TV career started with LOGO’s “The Big Gay Sketch Show” from which she was recruited to join the cast of FOX’s MADtv, where she also contributed as a writer.

The highlights of her film career include “Scary Movie V” (Kendra), “Random” (Nicole), “I Can Smoke?” (Carmen) and “Mina no Ie” (Naomi). She is the creator/writer of the comedic advice blog “The Deviled Angel” and writes and produces sketch comedy for The Deviled Angel Network.

Erica enjoys giving back through various charitable organizations: the Make a Wish Foundation, Broadway Sings for Pride, The Helping Hands Campaign, Living Beyond Breast Cancer and Faithful Spouses Ministries. And she has hosted and/or participated in benefits for various theaters including the Rubicon Theatre, Pasadena Playhouse and Celebration Theater.

Erica Ash: Thanks, Kam. I'm excited for our fans to see it.

EA: I liked the idea of focusing on how the family of a star athlete deals with the mega success and I thought it had the potential to be something really smart and funny. I was right.

KW: How would you describe the show in 25 words or less to someone who hasn't seen it?

EA: It's a pointed, poignant, very prophetic roller coaster ride of a comedy that definitely gets conversations started, touching on current issues in a creatively unique way.

KW: Can we expect to see some exciting developments with your character, M-Chuck, this season?

EA: Yes! I think Mary Charles has been steadily growing throughout the seasons, especially the past two. This season continues that. But M-Chuck will always be M-Chuck and say what's on everybody's mind.

KW: The sitcom is produced by LeBron James, and he's even made a guest appearance on it. Is it based on his life or on that of another basketball star?

EA: No. When the series first started, it was loosely based on LeBron James' life, and really that of many basketball players, as many of them find themselves catapulted into a whole new world of money and notoriety when they start to play basketball professionally. But the series quickly took on a life of its own after season one.

KW: Is there a message you want people to take away from the show?

EA: Yes: we're missing out on so much communication and it's okay to talk to and relate to one another. Our show does a great job of starting the conversation by tackling issues with gut-punch creativity.

KW: How about “Real Husbands of Hollywood”? What's it like playing Kevin Hart's wife?

EA: It's fun. I had no guidelines in creating this character as I had not met Tori before starting that series. But I do enjoy annoying Kevin, so I tried to come up with a character that would drive him crazy. I think I nailed it. [LOL]

KW: Since it's a fake reality show, do people ever mistake you for Kevin's real-life wife?

EA: Gosh, Yes! Even people who know me! Like family members who totally would've been invited to the wedding if I'd had one. I just take it as a compliment to my acting. Guess I'm pretty believable.

KW: What's it like having so many guest stars on the show?

EA: Busy! You never know what the next day is going to be like on set. But it's always fun.

EA: "The Greatest Manifestation Principle in the World"

EA: Running up to my dad with a mouth full of Oreos and kissing him when he came home from work. And watching my mom get ready to go out with my dad. I've always thought my mom was the most beautiful woman in the world

EA: My parents certainly tried but the spiritual component truly did not kick in until I was an adult. I'm sure it would not have kicked in had I not been raised the way I was.

EA: My parents. My mom showed it especially, though. There were times when I looked back and thought, "How did you not put me out?"

EA: I like a good stew with lentils and veggies.

KW: The Morris Chestnut question: Was there any particular moment in your childhood that inspired you to become the person you are today?

EA: Laughing so hard while watching SNL with my brothers and sisters made me want to be a person that makes others laugh.

KW: Craig Robinson asks: What was your last dream?

EA: My last dream was really weird. I couldn't even tell you what it was about... too many moving pieces. But I think I was Muslim in the dream

EA: Love is truly the missing ingredient in all manifestation

EA: I'm waaaaay more of a tomboy at home. And I'm also usually not dressed. [LOL]

EA: Sex in public with a boyfriend. But that was in college... I'm smarter now.

EA: To find the fulfillment in a relationship that I have found in my career.

EA: What I look for in a guy. Tall, 6'3" or taller, successful, funny, smart, strong mentally and physically, loving, adventurous, and easy to talk to and communicate with.

EA: I try a different designer every red carpet event, so I don't have one favorite. I do like Haute Hippie and Foxbait.

EA: Candyman. He was the only one who truly scared me as a kid.

EA: Love. They love what they do and love is their motivation

KW: Thanks again for the time, Erica, and best of luck with both series.