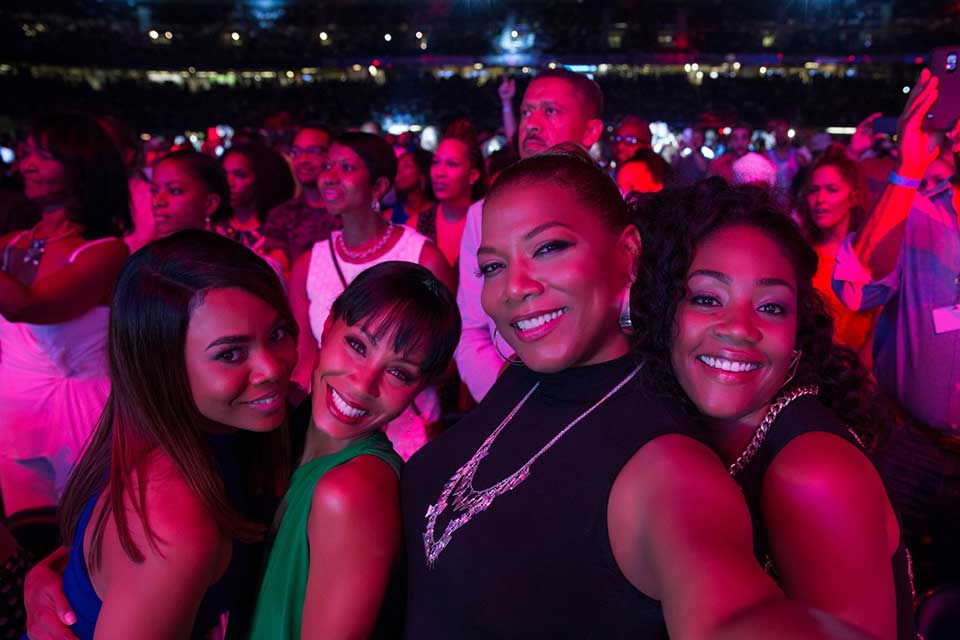 Ryan (Regina Hall), Sasha (Queen Latifah), Dina (Tiffany Haddish) and Lisa (Jada Pinkett Smith) have been friends since their college days in the 1990s. Back then, the tight-knit Flossy Posse partied as hard as they hit the books. After graduating, they curtailed the carousing considerably for the sake of their professional careers.

Today, journalism major Sasha's still struggling to pay the bills as a gossip columnist. Divorced Lisa's exhausted between her demanding nursing job and having to raise a couple of kids alone. And short-fused Dina just got fired for assaulting a colleague.

By contrast, self-help guru Ryan seems to be on top of the world. Not only is her new book, "You Can Have It All," on the best seller list, but she's happily-married to Stewart (Mike Colter), a handsome and charming, former football star. Plus, the successful couple is on the verge of landing their own, nationally-syndicated TV talk show.

At the point of departure, Ryan is set to deliver the keynote speech at the Essence Festival, an annual celebration of African American music and culture. She can think of no better occasion to reunite the Flossy Posse for the first time in years, so she invites her BFFs to join her for an all-expenses paid trip to New Orleans.

What ensues is jaw-dropping...

The girlfriends jump at the opportunity to share a wild weekend of debauchery all around the Big Easy. What ensues is jaw-dropping: there's explicit sex chat, male frontal nudity, hallucinating from substance abuse -- even urinating on revelers from a zip line strung above Basin Street.

Directed by Malcolm Lee (“The Best Man franchise”), Girls Trip is a relentlessly-raunchy romp which starts out as a shock comedy before turning into a message movie towards the end. The adventure unfolds like an African American variation of “Rough Night” and “Bridesmaids,” at least until Ryan's marriage is exposed as a charade. At that juncture, it morphs into a morality play reminiscent of a Tyler Perry production.

Since I saw the film in a theater full of sisters, it's easy for me to report that this female empowerment flick will certainly resonate with its target audience. In fact, they laughed so loudly that I must have missed half the picture's punchlines. And what better stamp of approval could you ask for than a standing ovation as the curtain comes down?