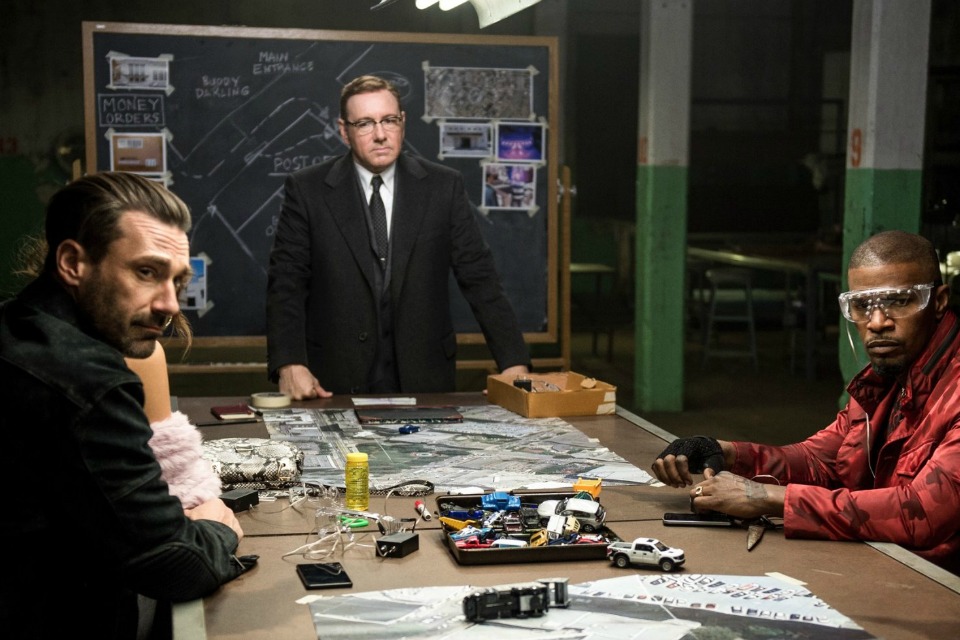 All you really need to know about Baby Driver is that it's the best film of the year so far, hands down. The picture was written and directed by Edgar Wright, who is best known for a trio of British comedies starring Simon Pegg: Shaun of the Dead (2004), Hot Fuzz (2007) and The World's End (2013).

Wright ventured across the Atlantic to Atlanta to shoot his latest offering, a labor of love a couple of decades in the making. For, this genre-defying tour de force had its genesis in "Bellbottoms," a discordant punk anthem he considered a song in search of a car chase from the moment he first heard it way back in 1995.

And that cult classic isn't the only obscure tune on Baby Driver's eclectic soundtrack featuring rarities ranging from T. Rex's "Debora," to Blur's "Intermission," to The Damned's "Neat Neat Neat." But the adrenaline-fueled blockbuster has its share of readily-recognizable hits, too, like the Commodores' "Easy," Martha Reeves and the Vandellas' "Nowhere to Run" and "Hocus Pocus" by Focus, famous for its yodeling.

The music-driven masterpiece has an A-list cast that includes Oscar-winners Jamie Foxx (for Ray) and Kevin Spacey (for American Beauty and The Usual Suspects), Emmy-winner Jon Hamm (for Mad Men) and two-time SAG Award-winner Lily James (for Downton Abbey). However, the film is carried by an up-and-coming thespian Ansel Elgort.

He plays Baby, a deaf getaway driver extraordinarily adept at eluding the authorities. He is reluctantly married to the mob by virtue of a debt owed manipulative crime boss, Doc (Kevin Spacey). Baby wants out of the business badly, so he can drive off into the sunset with Deborah (James), the waitress he falls in love with across an empty diner.

Unfortunately, Machiavellian Doc insists he first serve as wheelman for the proverbial "last big heist" being pulled by a trio of certifiable lunatics in Bats (Foxx), Buddy (Hamm) and Darling (Eiza Gonzalez). When the robbery goes wrong, the ever-resourceful Baby's survival instincts kick-in in a primal urge for self-preservation.