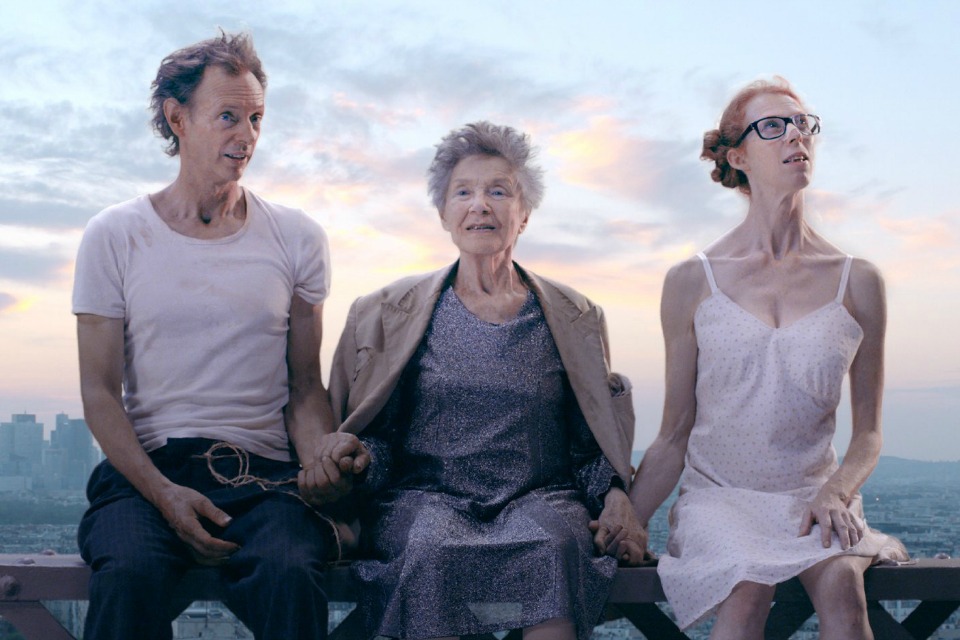 If you're familiar with the surreal cinematic stylings of Dominique Abel and Fiona Gordon, then you have an idea of what sort of treat's in store while watching “Lost in Paris.” The talented husband and wife team wrote, directed and co-star in their latest magical escape into the theater of the absurd.

The movie might best be described as a cross of Wes Anderson and Charlie Chaplin, as it is an unconventional, visually-captivating affair featuring little in the way of dialogue on the part of the mime-like leads. The lithe-limbed, rubber-faced duo entertain far more with their movements and expressions than with words.

The film unfolds in Canada about a half-century ago, which is where we find Fiona (Gordon) bidding farewell to her beloved Aunt Martha (recently-deceased Emmanuelle Riva) who is moving to Paris. Fast-forward to the present when Fiona, now a librarian, receives an urgent appeal for assistance from her 88 year-old aunt.

In the letter, Martha complains that they're trying to move her into an assisted-living facility for old folks. But the feisty free spirit will have none of it.

Fiona dutifully springs into action and the next thing you know she's landed in France sporting a bright orange backpack festooned with a Canadian flag. Her troubles start right off the bat, when she gets stuck in a subway turnstile thanks to that oversized valise.

The slapstick escalates further when the weight of the knapsack causes her to topple into the Seine while posing for a photo on a bridge. She has to shed the bag to survive the ordeal, and ends up separated from all her possessions, including her passport, cell phone, cash and clothes.

It is in these dire straits that Fiona crosses paths with Dom (Abel), a man living in a tent pitched along the banks of the river who soon becomes hopelessly smitten with her. So, Fiona finds herself having to fend of the advances of an ardent admirer while frantically searching for her missing aunt.

The ensuing chase proves every bit as charming and sublime as it is hilarious and implausible. A disarmingly-endearing homage to the silent film era!

In French and English with subtitles