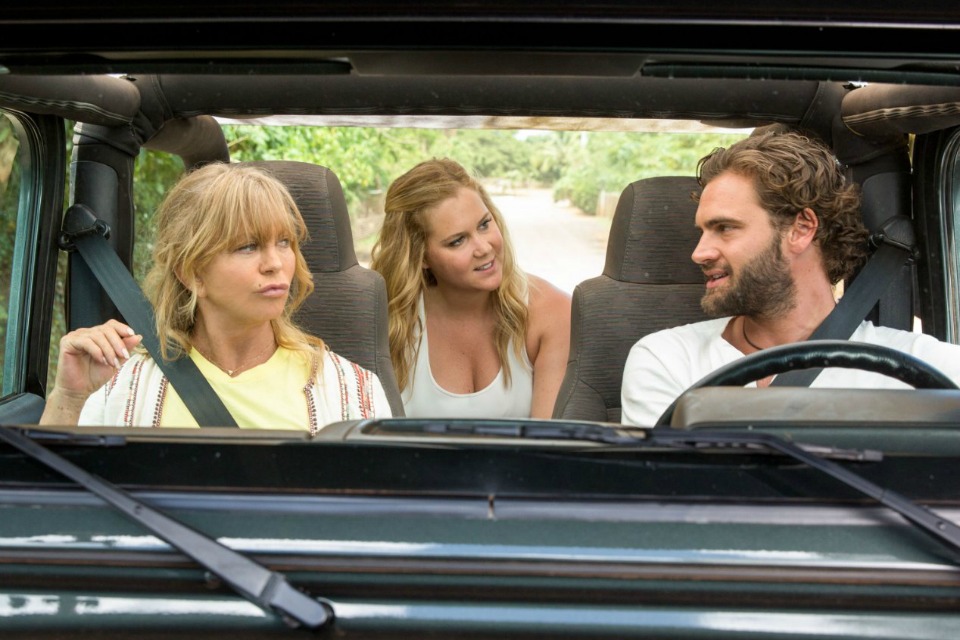 Emily Middleton (Amy Schumer) is just having one of those days. First, she's fired from her sales job in a boutique for irresponsibly ignoring customers in order to try on outfits for herself. Second, her boyfriend (Randall Park) callously dumps her on the eve of their planned romantic getaway to Ecuador, stating, "You don't have any direction in life."

Then, she cries on the shoulder of her mother (Goldie Hawn) who only proceeds to rub salt in her wounds with, "Michael was the best you'll ever do." Nevertheless, against her better judgment, Emily invites her on the trip because the pre-paid vacation package is non-refundable.

Trouble is, Linda is also highly neurotic -- a worrier who rarely leaves the house, let alone the country. Plus, she's a helicopter mom, which means she'll be hovering around Emily the whole time, and thus probably preventing her from meeting a new guy. In the end, Linda grudgingly agrees to step out of her comfort zone, and hastily packs for what ought to be an uneventful stay an exclusive resort in paradise, judging from the brochure.

That is the stock setup of “Snatched,” a screwball comedy far more entertaining than it might read on paper. For while the script does unfold like a generic "Vacation from Hell" yarn, it's actually way above average, since it's executed by a stellar cast topped by a quartet of consummate comediennes.

The picture co-stars Amy Schumer and Goldie Hawn as the aforementioned mother-daughter at the center of the story. It also features a couple of veterans in scene stealers Wanda Sykes and Joan Cusack who make the most of their supporting roles.

The plot thickens soon after the protagonists land in Ecuador. First, Emily's swept off her feet by a tall, dark and handsome stranger (Tom Bateman) she meets in a bar. The next morning, he lures them off the safe confines of the compound for what's supposed to be an innocuous adventure of the countryside.

Next thing you know, the Middletons find themselves kidnapped by a ruthless gang led by the bloodthirsty Morgado (Oscar Jaenada) demanding $100, 000 ransom. Trouble is, the U.S. State Department could care less, and Emily's brother Jeffrey (Ike Barinholtz) is an agoraphobic who couldn't be counted on to come to the rescue

Not to worry. The squabbling mother-daughter put aside their differences and rely on their wits to survive. Schumer, Hawn, Sykes and Cusack, all at the top of their game.

Pound-for-pound, the funniest film to be released in theaters this year!