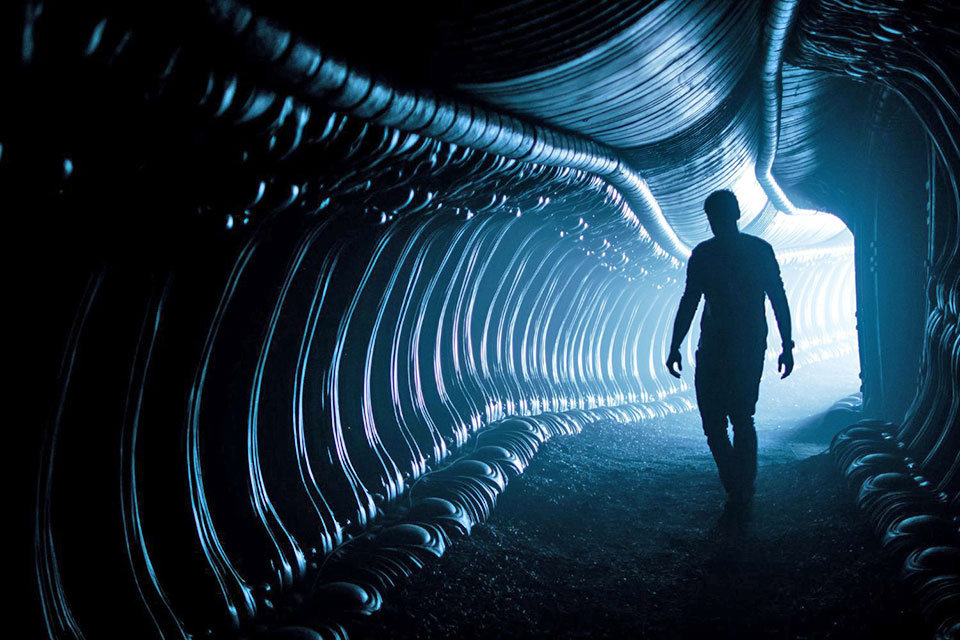 Alien: Covenant (R for violence, profanity, sexuality, nudity and bloody images) Sixth installment in the sci-fi franchise revolves around a spaceship crew which finds more than it bargained for when it lands on an uncharted planet from which it received radio signals. Ensemble cast includes Michael Fassbender, Katherine Waterston, Carmen Ejogo, Billy Crudup, Jussie Smollett and Danny McBride.

Everything, Everything (PG-13 for mature themes and brief sensuality) An enchanting, if bittersweet, bildungsroman about the love which blossoms between a sickly girl (Amandla Stenburg) growing up in an antiseptic bubble and the chivalrous Prince Charming (Nick Robinson) who moves in next-door. With Anika Noni Rose, Ana de la Reguera and Taylor Hickson.

Devil's Domain (Unrated) Revenge horror flick about a victim (Madi Vodane) of cyber-bullying who makes a deal with the Devil to get even with her tormentors. Cast includes Michael Madsen, Linda Bella and Zack Kozlow.

Legion of Brothers (Unrated) War on Terror documentary recounting the exploits of the Special Forces unit sent on a covert mission to Afghanistan to track down the Taliban and Al-Qaeda leaders behind the 9-11 attacks.

The Survivalist (Unrated) Post-apocalyptic thriller, set in the wake of the collapse of civilization due to the exhaustion of petroleum, about a nomad (Martin McCann) whose tiny farm hidden deep in the woods is discovered by a couple of starving women (Mia Goth and Olwen Fouere). Featuring Andrew Simpson, Douglas Russell and Kieri Kennedy.

Wakefield (R for profanity and some sexuality) Midlife crisis drama about a burnt out attorney (Bryan Cranston) who hides in the attic from his family and the rest of the world after suffering a nervous breakdown. With Jennifer Garner, Beverly D'Angelo, Victoria Bruno, Pippa Bennett-Warner and Ellery Sprayberry.

The Woman Who Left (Unrated) "Hell hath no fury" thriller revolving around a recently-exonerated inmate (Charo Santos-Concio) who hatches a plan to exact revenge on her ex-lover (Michael De Mesa) after spending 30 years behind bars for a crime she didn't commit. Supporting cast includes Shamaine Centenera-Buencamino, John Lloyd Cruz and Mae Paner. (In Filipino with subtitles)