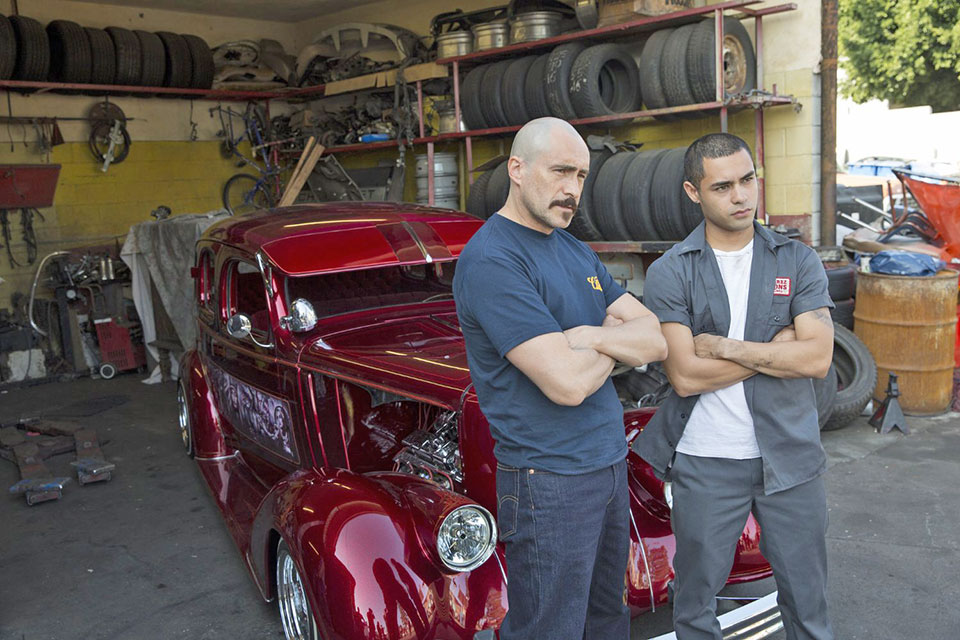 King Arthur: Legend of the Sword (PG-13 for violence, action, suggestive content and brief profanity) Charlie Hunnam plays the title character in this reimagining of the medieval tale which finds the the mythical monarch in a quest to reclaim the crown after being robbed of his birthright by a power-hungry uncle (Jude Law). With Djimon Hounsou, Eric Bana, Astrid Berges-Frisbey and Aidan Gillen.

Snatched (R for sexuality, brief nudity, pervasive profanity and crude humor) Action comedy about an uptight, helicopter mom (Goldie Hawn) who joins her recently-dumped daughter (Amy Schumer) for a getaway to a supposed paradise, only to have their exotic vacation turn into a neverending nightmare. Cast includes Wanda Sykes, Joan Cusack and Christopher Meloni.

Absolutely Anything (Unrated) Sci-fi comedy about some advanced aliens from another planet who test the human species' morality by temporarily blessing a Special Ed teacher (Simon Pegg) with superpowers. With Kate Beckinsale, Sanjeev Bhaskar, Rob Riggle and Eddie Izzard. (In English and French with subtitles)

Meri Pyaari Bindu (Unrated) Romantic comedy about a best-selling author with writer's block (Ayushmann Khurrana) who returns to his roots to work on a love story about the free-spirited woman (Parineeti Chopra) he just can't get out of his head. Supporting cast includes Aparajita Adhya, Abish Mathew and Malvika Sitlani. (In Hindi with subtitles)

Paris Can Wait (PG for smoking, mature themes and mild epithets) Eleanor Coppola (wife of Francis Ford) makes her directorial debut with this romantic comedy about a miserably-married housewife (Diane Lane) who gets a new lease on life when she embarks on a carefree jaunt from Cannes to Paris with her preoccupied husband's (Alec Baldwin) business partner (Arnaud Viand). With Cedric Monnet, Elise Tielrooy, Elodie Navarre and Pierre Cuq.

The Wall (R for violence and pervasive profanity) Iraq War sniper saga revolving around a couple of American soldiers (John Cena and Aaron Taylor-Johnson) who find themselves pinned down in the desert with only an unstable wall standing between them and a sharpshooter (Laith Nakli).

The Wedding Plan (PG for mature themes) Romantic comedy about a jilted, Jewish bride-to-be (Noa Koler) who instead of cancelling the wedding, enlists the assistance of matchmakers in her desperate attempt to find another mate in a month. With Dafi Alferon, Oded Leopold, Udi Persi and Ronny Merhavi. (In Hebrew with subtitles)

Whisky Galore (Unrated) Remake of the 1949 farce of the same name about some Scottish pals' plunder of booze from a ship that ran agound in the Outer Hebrides. Ensemble cast includes Eddie Izzard, Naomi Battrick, Ellie Kendrick, James Cosmo and Sean Biggerstaff.