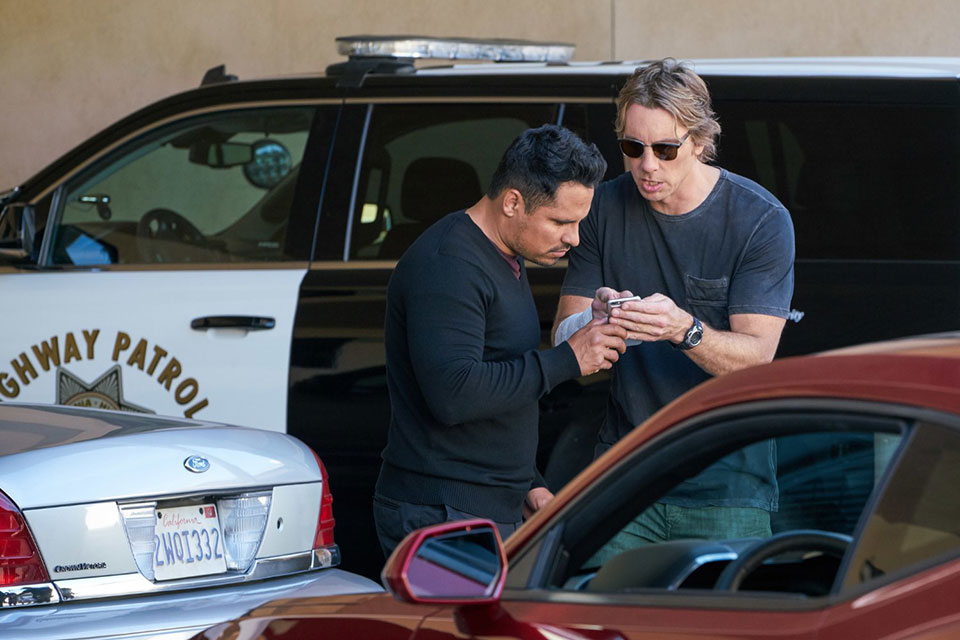 Whenever a classic television series is made into a movie, the buzz always seems to be about whether the screen version will be a creative variation on the theme or merely a campy, cornball, take-the-money-and-run ripoff trading in familiar formulas and shopworn cliches. After all, for every inspired adaptation like “Batman” (1989), “Charlie's Angels” (2000) and “21 Jump Street” (2012) there are just as many bitter disappointments, a la “Dragnet” (1987), “I Spy” (2002) and “Get Smart” (2008).

Fortunately, “Chips” is more in league with the worthwhile remakes rather than the ones leaving you wondering why they ever bothered. The picture was ostensibly a labor of Dax Shepard who wrote, directed, produced and also co-stars in it opposite Michael Pena. They play California Highway Patrol Officers Ponch Poncherello and Jon Baker, the same characters popularized on TV by Erik Estrada and Larry Willcox.

The original, airing for a half dozen seasons starting in 1977, was a buddy action-drama basically revolving around the heroic exploits of a couple of mismatched motorcycle cops, with Ponch often going rogue, much to the chagrin of his relatively-straitlaced partner. This go-round, the script has been flipped, so that Jon is more of a misfit. At the point of departure, we find him getting a probationary badge and graduating from the police academy only because Sergeant Hernandez (Maya Rudolph) takes pity on him.

They're both going through difficult divorces, although Jon is desperate to win back his wife (Kristen Bell). He hopes she'll be impressed by his transition into a safer line of work after an accident-prone career as a professional motorcross bike racer.

He's soon teamed with the veteran Ponch to solve a rash of armored car robberies suspected of being pulled off by a gang of crooked cops. They proceed to make a mess of the investigation at every turn, which only makes their terminally-exasperated boss (Isiah Whitlock, Jr.) repeatedly blow his cork.

However, there's little reason to pay attention to the intermittently-incoherent plot, for this kitchen sink comedy's raison d'etre is to generate laughs by any means necessary. To that end, the politically-incorrect bottom feeder easily earns its R rating via an incessant indulgence in scatological, ethnic, sexist, slapstick, bodily function and gay panic fare.

A vulgar but funny enough departure from the classic TV series to warrant recommending.