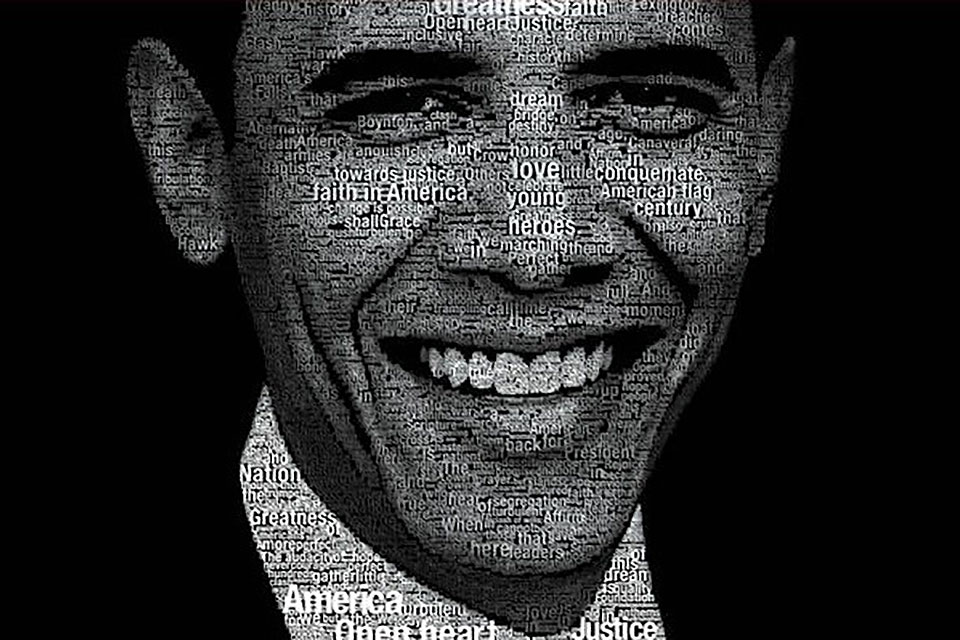 How many immortal speeches have been delivered by U.S. presidents and other American icons? Lincoln's "Four score and seven years ago" Gettysburg Address, FDR's "We have nothing to fear but fear itself," Eisenhower's beware of the "Military-Industrial Complex" farewell address, JFK's "Ask not what your country can do for you" inaugural address, Dr. King's "I Have a Dream" speech, and Reagan's "Mr. Gorbachev, tear down this wall," are among the handful which have stood the test of time.

Barack Obama has ostensibly left behind not just one but a cornucopia of historic orations likely to be remembered for generations to come. That is the contention of “The Obama Years: The Power of Words,” a riveting documentary which discusses, in non-partisan fashion, a plethora of his addresses for the ages.

The reverential biopic unfolds chronologically, starting with the keynote speech at the 2004 Democratic Convention which instantly turned a little-known State Senator from Illinois into an overnight sensation. Obama's next remarkable highlight arrived in March 2008 when he salvaged a floundering presidential campaign with a unifying reflection on race delivered at Philadelphia's Constitution Center.

Later that year in Denver, he was widely lauded for his stirring acceptance of the Democratic nomination on Aug. 28, the 45th anniversary of Dr. Martin Luther King's "I Have a Dream" March on Washington speech. Obama subsequently spoke very emotionally about the Trayvon Martin shooting, the Sandy Hook elementary school and Charleston church massacres, bringing the grieving Emanuel A.M.E. congregation to tears with an a capella rendition of Amazing Grace at the end of the eulogy.

Just as moving was the President's touchstone sermon commemorating the 50th anniversary of the Selma to Montgomery March, uttered on location at the Edmund Pettus bridge, site of the infamous Bloody Sunday attack on protesters by Alabama State Police Officers for simply attempting to register to vote. For folks interested in lighter fare, there's Barack's stand-up routine at the 2011 White House Correspondents' Association dinner, where he roasted a red-faced Donald Trump about everything from hosting The Apprentice to spearheading the Birther movement.

The Obama Years will air on the Smithsonian Channel on:

View a trailer for The Obama Years.