Film Review: ‘Before I Fall’ a : Bittersweet Tale of Redemption 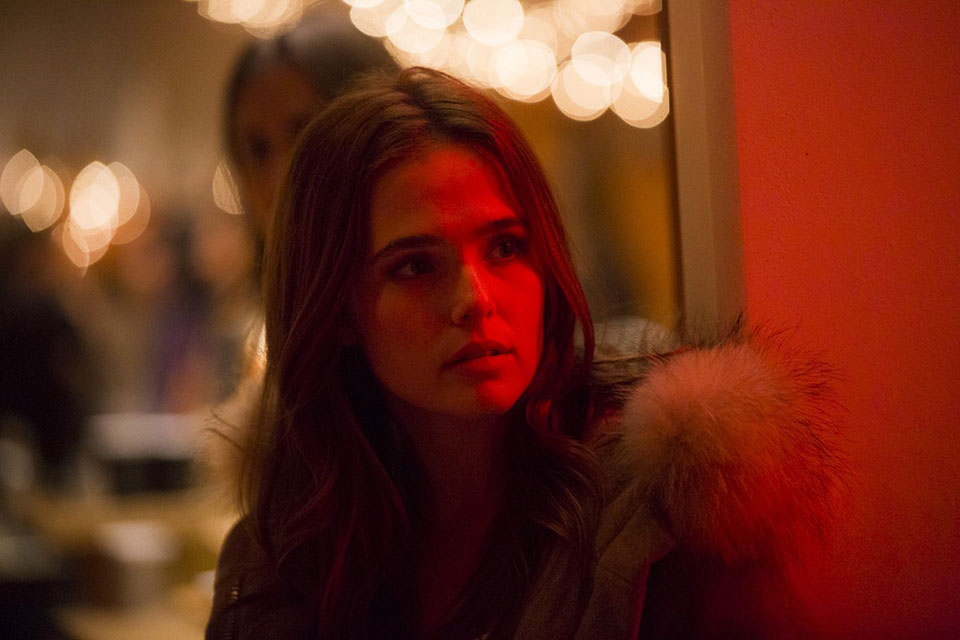 Samantha "Sam" Kingston (Zoey Deutch) was a spoiled-rotten brat the night she perished in a tragic car crash. First of all, she and her little sister Izzy (Erica Tremblay) were lucky enough to be raised in the lap of luxury by a couple of loving parents (Jennifer Beals and Nicholas Lea).

Secondly, the recently-deceased 17 year-old was not only leaving behind a handsome boyfriend in Rob (Kian Lawley), but an ardent admirer in Kent (Logan Miller), a platonic friend she'd taken for granted since grade school. Sam was also pretty popular at Ridgview High School where she was a member of an exclusive clique along with her three BFFs, Liz (Halston Sage), Elody (Medalion Rahimi) and Ally (Cynthy Wu).

The snobby quartet took delight in teasing classmates like lesbian Anna (Liv Hewson) and reclusive outcast Juliet (Elena Kampouri). So Sam would think nothing of participating in such mean-girl rituals as dumping drinks on Juliet while calling her a "psycho bitch."

However, after the accident, she was afforded an unusual opportunity to reconsider her cruel behavior when, instead of proceeding to the hereafter, her spirit miraculously reentered her body. Upon opening her eyes, she realized that it was again dawn on Feb. 12, and that she was about to relive the same day again.

In fact, Sam's about to experience Feb. 12 over and over, while learning valuable lessons in tolerance each go-round. Thus unfolds “Before I Fall,” a bittersweet tale of redemption based on Lauren Oliver's young adult novel of the same name.

At first blush, the picture's premise reads rather reminiscent of the Bill Murray classic “Groundhog Day” (1993), although this is a drama as opposed to a comedy, and it's set on Feb. 12 instead of Feb. 2. The movie was directed by Ry Russo-Young (“Nobody Walks”), who puts a fresh enough spin on the familiar theme to make you forget “Groundhog Day” after 15 minutes.

Kudos aplenty are in order for Zoey Deutch, who's incredibly convincing as Sam in a demanding role which calls for the exhibition of a considerable acting range over the course of the story. Her supporting cast delivers stellar work selling an escapist fantasy which might otherwise fall apart oh so easily.

A deja vu-driven, surrealistic morality play designed to leave you deep in reflection and weeping as you walk up the aisle.