Raoul Peck:The 'I Am Not Your Negro' Interview 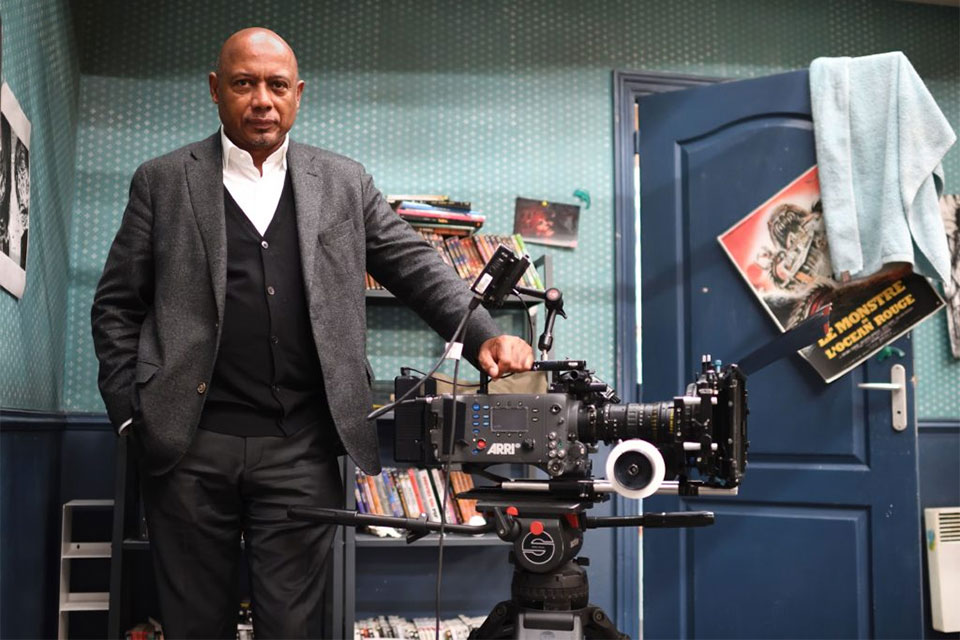 Raoul Peck’s complex body of work includes feature narrative films like The Man by the Shore, Lumumba, Sometimes in April, Moloch Tropical and Murder in Pacot. His documentaries include Lumumba: Death of a Prophet, Desounen and Fatal Assistance.

Raoul has served as jury member at the 2012 Cannes Film Festival and at the Berlinale. He is presently chairman of the board of the National French film school La Fémis, and has been the subject of numerous retrospectives worldwide. In 2001, the Human Rights Watch Organization awarded him with the Irene Diamond Lifetime Achievement Award.

Raoul recently completed shooting his latest feature film, The Young Karl Marx, a European co-production, shot in Germany and Belgium, and produced by Velvet Film in conjunction with Agat Films. here, he talks about his latest offering, I Am Not Your Negro, an Oscar-nominated documentary about writer/social critic James Baldwin.

Kam Williams: Hi Raoul, thanks for the interview, and congratulations on the Oscar nomination.

RP: I started to read James Baldwin very early on in my life. At a time, as a young adult in the Sixties, when there were not that many authors in whom I could recognize myself, he was an important guide and mentor to me as he was to many others. He helped me understand who I was and decipher the world around me. He gave me the words to defend myself and the argumentative rhetoric to master discussions with others.

KW: Where do you think he stands in the pantheon of African-American 20th Century thinkers?

RP: I think that James Baldwin is, for sure, one of the most important American writer/thinkers of his time... not just African-American. He singled-handily revolutionized the political, artistic and historical discourses about America. He created his particular and original language. At his funeral, Toni Morrison said of him, “You gave me a language to dwell in, a gift so perfect it seems my own invention.” Indeed, he’s opened the door for many of the brightest generation of young authors of many different origins.

KW: Do you think his being gay affected his potential to be a leader in addition to a writer and philosopher?

RP: Not at all. To the contrary, his very early questioning about his identity as a young preacher was key in his quest for answers, answers that he expected, at first, to find in the church, where he was a pastor at age 14 and then left when he realized that it was creating even more contradictions for which he could not find any justification or comfort in his struggling to understand the world around him and to protect himself from injustice, isolation and violence. All these were key elements in his long journey. His gayness might have, for sure, caused some members of the civil rights movement to shun him at times. And part of the more progressive leadership did attack him. Some, like Amiri Baraka, later regretted these attacks and ultimately came to revere him. Although I am not sure anybody could address any homophobic remarks directly to him without fearing an extreme response. And these remarks would most probably take the form of political attacks. Baldwin was already way too famous and too unfazed by any kind of limits to be subjected to any frontal attacks. He didn’t let anybody define who he was and he made sure that everybody knew that.

KW: How would you describe Baldwin to Millennials and others substantially unaware of him?

RP: James Baldwin is one of the greatest, North American writers of the second half of the Twentieth Century. A prolific writer and a brilliant social critic, he foreshadowed the destructive trends happening now in the whole Western world and beyond, while always maintaining a sense of humanistic hope and dignity. He explored palpable, yet unspoken, intricacies of racial, sexual, and class distinctions in Western societies and the inevitable, if unnameable, tensions with personal identity, assumptions, uncertainties, yearning, and questing. He had an unrivaled understanding of politics and history and, above all, the human condition. His prose is laser sharp. His onslaught is massive and leaves no room for response. Every sentence is an immediate cocked grenade. You pick it up, then realize that it is too late. It just blows up in your face. And yet he still managed to stay human, tender, accessible. There will hardly be anything as precise, as just, as subtle or as percussive, then the writing of this man.

KW: Editor/Legist Patricia Turnier asks: What does James Baldwin mean to you?

RP: The role he played in my life is incommensurable as stated above. He helped, along with a few others, to shape the man that I am today. My debt to him is invaluable.

KW: Patricia notes that I Am Not Your Negro Your is based on Remember This House, an unfinished manuscript by James Baldwin. If he were still alive, what do you think he would say about the state of race relations in the U.S. today? What message contained in Remember This House remains relevant today?

RP: I was asked this question a few times which, in fact, I don’t quite understand. The film is EXACTLY what Baldwin has to say about today’s reality. I can’t see what else he would have said. That’s what makes the film so impactful, so urgent. It is as if he wrote the whole thing this very morning! And it is scary, because something that he wrote 50 years ago instead of becoming less acute, became even tremendously more extreme, more daunting, more massive. The key message would be I guess: Face your reality. You, black or white, are not innocent anymore. Either you have the courage to face it or you will go down together with the whole idea of the American Dream.

KW: Lastly, Patricia says: A movie was made in France about Toussaint Louverture. Are you interested in making a biopic about another Haitian historical figure, such as Jean-Jacques Dessalines?

RP: In fact, I was involved very early on in this movie. Together with two of the best Haitian historians and experts on Toussaint Louverture, I developed a seven-hour screenplay about the Haitian revolution. But after almost three years into the process, the producers obviously got scared of our political approach and found a contractual technicality to make it impossible for me to continue. I had to ask my lawyer to get my rights back. And although they’ve done quite a good job in making the story palpable and extracted all the major characters and roles, they were not even able to make a film that came close to the greatness and significance of this revolution. A big mess, as, everybody can see, and a mediocre TV film.

RP: The very last book I read was over the recent holidays. I can’t freely divulge the title, for it might be one of my next, as yet unannounced, film projects, an autobiography. But the books I read prior to that one were a new book on Frantz Fanon and a re-read of Chinua Achebe’s "Things Fall Apart. "

RP: Don't! [LOL] But seriously, I really can’t give any general advice. Maybe, just try to be yourself and resist complacency and ignorance. All you can do is work, work; work and be disciplined. Watch a lot of films, especially the classics, and read all kinds of books, and lots of them. There are no free rides, nor short cuts in this world. The Voice and The Bachelorette are very poor examples to model your life with. And there are only one or two geniuses every century.

RP: I don’t. I just hope that my films will survive me.

KW: Thanks again for the time, Raoul, and best of luck with the film.

Read Kam's review of the 'I Am Not Your Negro'.