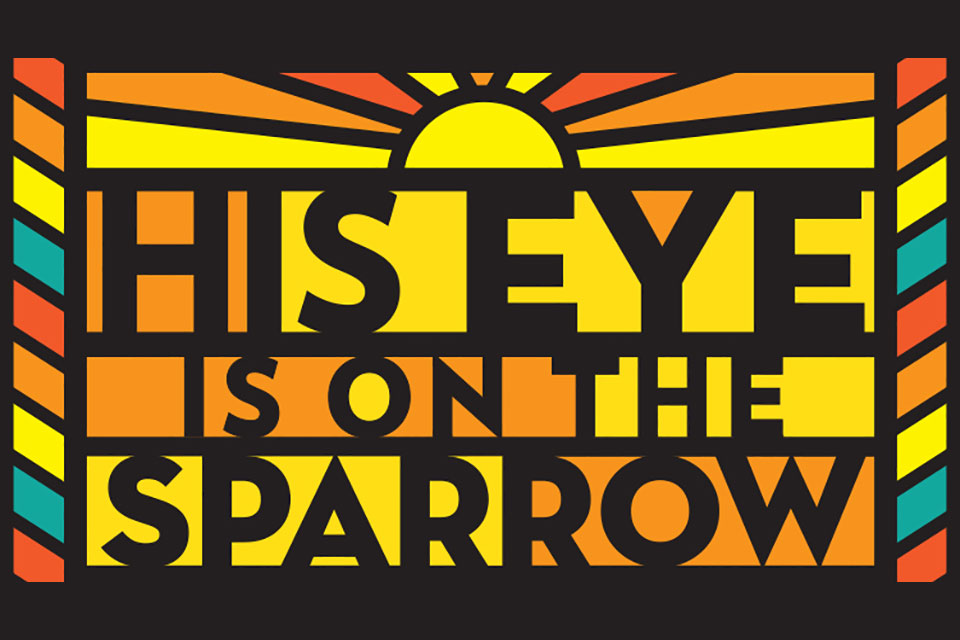 January 19, 2017 – PORTLAND, OR. His Eye is on the Sparrow, Larry Parr’s stirring one-woman musical that celebrates the life of groundbreaking artist Ethel Waters, opens at The Armory on February 10, with previews beginning February 4 and performances running through March 19. Timothy Douglas returns to The Armory to direct the production and Darius Smith makes his debut as music director and accompanist. Maiesha McQueen returns after making her debut at The Armory last season in Ain’t Misbehavin’ to take on the role of Ethel Waters.

Regular tickets start at $25. Tickets may be purchased at www.pcs.org, 503.445.3700, or in-person from the box office (128 NW Eleventh Avenue, Portland, OR). Rush tickets are $20. Students and patrons who are 30 or younger can purchase $30 tickets for all dates/times. Showtimes are Tuesday through Sunday evenings at 7:30 p.m. (excluding February 19 and March 5, 7, 14 and 19); Saturday and Sunday matinees at 2 p.m. (excluding February 4, 5, 11, 25 and March 11) and Thursday matinees at noon (excluding February 9 and March 16). Recommended for ages 14 and up. Contains mature content and language. More information at www.pcs.org/sparrow.

After a rough and spirit-breaking childhood, Ethel Waters became a Vaudeville success, a recording sensation and crossed racial barriers to emerge as a Broadway and Hollywood star. But a reputation for being difficult and her own distrust of those who might employ her or love her — partly a response to the horrors of Jim Crow America — caused her to lose everything and become a recluse, until she found new strength as a gospel performer. Through it all, there were the songs — the ones that gave her solace and the ones that made her a legend. His Eye is on the Sparrow tells her remarkable story, filled with the greatest hits of a lifetime, including “Stormy Weather,” “Heatwave,” "This Joint is Jumpin'" and “Am I Blue?” His Eye is on the Sparrow premiered at Florida Studio Theatre in 2005 and has since received rave reviews at houses across the country. The Washington Post said, “Thanks to Parr, we are able to bask in the presence of yet another nearly forgotten treasured artist,” and The Washington Examiner noted that “Larry Parr's one-woman musical is more than just sheer biography or melodic revue — it's a rare and intimate portrait of the great Harlem Renaissance in microcosm, pairing one singer's endless struggles with those of an entire generation ...”

Atlanta-based artist Maiesha McQueen returns to The Armory after the 2015 production of Ain’t Misbehavin’. Her regional credits include 'Da Kink in My Hair (Horizon Theatre); Sirens of Song (Milwaukee Repertory Theater); Chasin’ Dem Blues (True Colors Theatre); Black Nativity (Dominion Productions); In the Red and Brown Water (PG Entertainment); and Little Shop of Horrors, Show Boat, Man of La Mancha and Guys and Dolls (Forestburgh Playhouse). Her film credits include DayBlack (ArtistDirector Media) and Down to Earth (Paramount Pictures). Maiesha has traveled the globe as a leading ensemble member and musical composer for the touring company Progress Theatre, whose work has been presented at The Public Theater, 14th Street Playhouse, The Kennedy Center, The Apollo Theatre and World Music Festival in Amsterdam. She holds a B.F.A. in Musical Theatre from New York University's Tisch School of the Arts, a master’s in education from Fordham University, and has also spent over a decade teaching in both the public and private sectors.

Director Timothy Douglas returns to The Armory after directing Anna in the Tropics and A Feminine Ending. Douglas’ Off-Broadway credits include BRONTE: A Portrait of Charlotte and the new translation/adaptation of Ibsen’s Rosmersholm. Douglas also directed the world premieres of Keith Josef Adkins’ Safe House, August Wilson’s Radio Golf, Rajiv Joseph’s The Lake Effect and Dontrell, Who Kissed the Sea, among many other credits. Darius Smith, whose credits include the Off-Broadway productions of Futurity and Three Little Birds, makes his company debut as music director and accompanist. The designers are all familiar to audiences of The Armory: Scenic Designer Scott Bradley (August Wilson's Seven Guitars and Joe Turner’s Come and Gone on Broadway) returns after designing Fences; Costume Designer Alison Heryer most recently designed costumes for The Oregon Trail and Ain’t Misbehavin’; Lighting Designer Peter Maradudin most recently designed lighting for Great Expectations and Threesome (Maradudin also designed the lighting for The Armory lobbies); and Resident Sound Designer Casi Pacilio most recently designed The Oregon Trail and Little Shop of Horrors. Stage Manager Kelsey Daye Lutz and Production Assistant Kristen Mun complete the creative team.

PORTLAND CENTER STAGE AT THE ARMORY

Portland Center Stage at The Armory is the largest theater company in Portland and among the top 20 regional theaters in the country. Established in 1988 as a branch of the Oregon Shakespeare Festival, the company became independent in 1994 and has been under the leadership of Artistic Director Chris Coleman since May, 2000. Around 160,000 visitors attend The Armory annually to enjoy a mix of classical, contemporary and world premiere productions, along with a variety of high quality education and community programs. 11 productions are offered each season, in addition to roughly 400 community events created — in partnership with 170+ local organizations and individuals — to serve the diverse populations in the city. As part of its dedication to new play development, the company has produced 21 world premieres and presents an annual new works festival, JAW: A Playwrights Festival. Home to two theaters, The Armory was the first building on the National Register of Historic Places, and the first performing arts venue, to achieve a LEED Platinum rating.