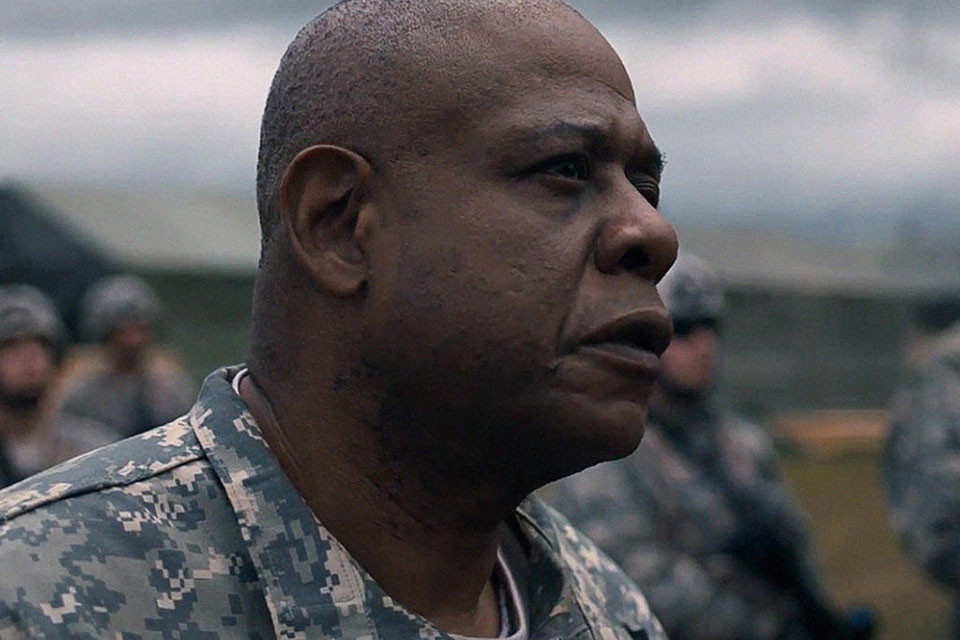 Forest Whitaker was born in Longview, Texas on July 15, 1961, but raised in Carson, Calif., from the age of four. He earned an athletic scholarship to Cal Poly Pomona, where he switched his major to music after a back injury prematurely ended his football career.

Forest made his big screen debut in 1982 in “Fast Times at Ridgemont High” en route to delivering memorable performances in “Platoon” and “Good Morning Vietnam.” In 1988, he landed his breakout role as saxophonist Charlie Parker in “Bird,” before subsequently starring in such critically-acclaimed pictures as “The Crying Game,” “Smoke” and “Ghost Dog.”

In 2007, Forest won an Academy Award for his chilling impersonation of Idi Amin in “The Last King of Scotland.” Since then, he's starred in such box-office hits as “The Great Debaters,” “The Butler,” “Southpaw” and “Taken 3.” And later this year, he'll play Saw Gerrera in “Rogue One,” the upcoming episode in the “Star Wars” series.

Here, he talks about his latest outing as Colonel Weber opposite Amy Adams and Jeremy Renner in “Arrival,” an alien invasion adventure directed by Denis Villeneuve.

Kam Williams: Hey Forest, thanks so much for the time. I really appreciate it.

KW: No problem. What city are you in?

FW: London, but I'm on my way to South Africa later today after I finish this film.

KW: Which movie are you working on next, “Burden”?

FW: No, I already finished “Burden.” That's another interesting film, actually. We just wrapped that up about a week ago. I liked the way they did it and I felt that the story was really powerful, so I'm hopeful.

KW: Then what movie are you shooting in South Africa?

FW: One about Archbishop Desmond Tutu called “The Forgiven.” It's about the Truth and Reconciliation Trials he conducted after the fall of Apartheid.

KW: It was a remarkable way to resolve a civil conflict -- to let perpetrators of war crimes off the hook, provided they confessed publicly.

FW: Yes, I think that was the interesting thing about what happened in South Africa. It enabled them to change regimes peacefully, and not leave all the pain underneath the surface. It brought a little bit of it out, so they could address what really happened. It was a very powerful solution.

FW: I thought it was really an interesting story, first of all, the whole notion of people coming to the planet and trying to find ways of communicating with them. But I thought the understory of time, and of how time exists in our lives. I also found my character, the cast and the director very interesting. So, it all made sense to give it a try.

KW: I loved both “Prisoners” and “Sicario” by this director.

KW: Here, he's made a very sophisticated contribution to the alien invasion genre. How would you describe your approach to playing Colonel Weber? Did Denis suggest anything?

FW: Wow! [Pauses] I'm trying to remember what he might have suggested. We had some meetings and stuff where we talked about the character and worked on it. I think, first, I was trying to figure out where Weber was from. That sort of involved locking in his speech patterns and creating that back history. You know what I mean?

FW: I'd played military men before, but this felt a little different, maybe because of my task. So, i was trying to understand that, as well as this notion of running a team the way Denis wanted me to do it, by splitting powers. And then it all started falling into place and taking on a reality as I began to embrace the idea that I was trying to save the world [Chuckles]

KW: I know that you worked with Jeremy Renner a decade ago in “A Little Trip to Heaven.” How was it reuniting with him again?

FW: Yeah, Jeremy's a great guy. That was a little independent film directed by Baltasar Kormakur. It was fun working with him then, and fun working with him now. He's a really generous, good person who's there, committed to having everything work out, and who you like being around. 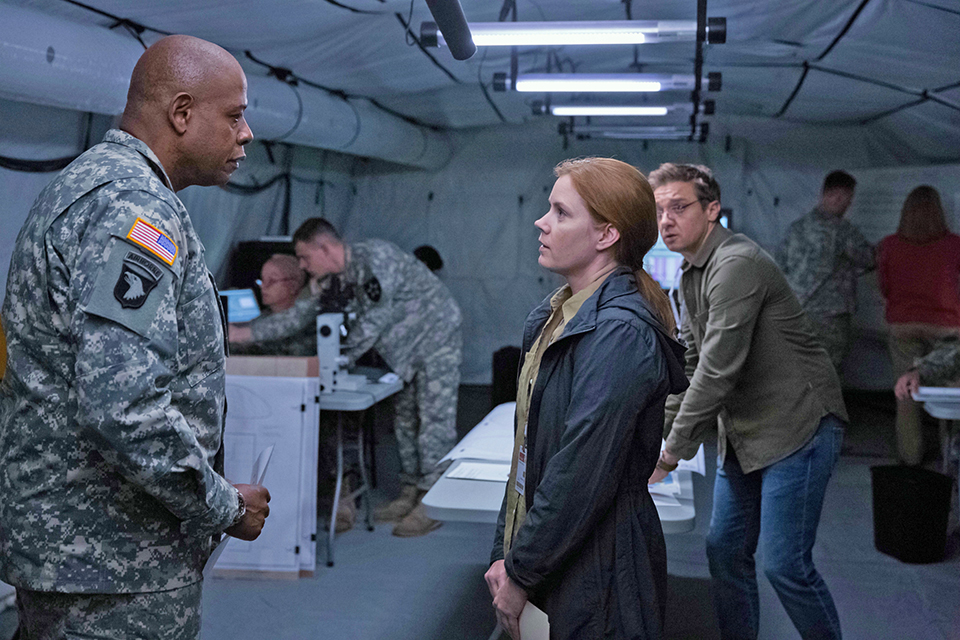 KW: Was this your first time working with Amy Adams? How was that?

FW: It was. I enjoyed it. The movie was so much from her mind. She was very focused in on it. And when we tried to get the different scenes we shared to work, there was something happening inside of them every time. So, she's a really talented actress. Really strong!

KW: What would you say was the movie's message?

FW: I think it has several messages. One is about communication, because the film does deal with trying to communicate with these beings. Another message is about how communication can bring us together. And a third is about misconceptions in terms of how we read people and how we read circumstances. Meaning, are these people coming to create war or not? Are they our friends? How are we interpreting their actions? We look at people differently culturally, in this case, as different galactically, or however way you'd say it. How do we engage them? How do we judge them? I think another issue explored in the film is time. From a scientific point-of-view, it raises the question of whether it exists at all. And secondly, if it doesn't exist, it asks are we nevertheless on this plane of a loop that still holds the universe up? [Laughs] I think it poses that question, too.

KW: How do you feel about aliens? Do think that life exists on other planets?

FW: I think it must, when they talk about how many other galaxies there are. Even scientifically, they're acknowledging that there are places where life could exist. And we've already discovered that there's been life on certain planets that we've explored. That may just be algae or whatever, but life on Earth began a certain way, too. So, yeah, I do believe there's life other than on our planet. [Chuckles]

KW: What do you care to share about playing Saw Gerrera in “Rogue One,” the next episode in the “Star Wars” series.

FW: I'm excited about it. I think he's a really interesting character. It was a very exciting project to work on. He walks in the middle ground of trying to save the universe by any means necessary. He's a freedom fighter and a rebel. The whole piece, which deals with those kinds of concepts, is really strong.

FW: I'm still discovering it. I'm looking at the toys and other releases that are coming out. It's a big universe that I'm still learning to walk inside of. But I really enjoyed it when I walked out on the set for the first time. And I've remained excited during the entire process. just trying on my uniform was itself an exciting process.

KW: Did you meet George Lucas while working on the project?

FW: No, he came and met with the director, but I wasn't there.

FW: My driver's license, some credit cards, a laundry card, pieces of papers I've written things on, some notes I made to myself about things I need to remember, and a few bucks.

KW: Nice speaking with you, Forest, and have a safe flight to South Africa today.

FW: Take it easy, Kam. Good speaking to you, too.