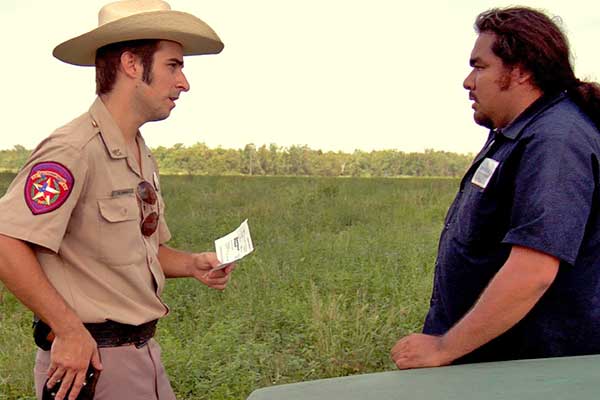 The Light between Oceans (PG-13 for mature themes and sexuality) Romance drama, set off the coast of Australia in the wake of World War I, about a lighthouse keeper (Michael Fassbender) and his wife (Alicia Vikander) who decide to adopt a baby (Florence Clery) they rescue from a rowboat adrift at sea. Cast includes Rachel Weisz, Leon Ford and Jack Thompson.

Morgan (R for profanity and brutal violence) Sci-fi thriller revolving around a corporate risk-management consultant (Kate Mara) hired to decide whether to terminate the life of a superhuman cyborg (Anya Taylor-Joy) after it attacks one of the scientists that created it. With Toby Jones, Rose Leslie and Michael Yare.

In Search of the American Dream (PG-13 for profanity, violence and mature themes) Survival saga about six sibling's attempt to elude the authorities in a race across Texas after their undocumented parents are arrested on the spot and carted away. Co-starring Baldemar Rodriguez, Shaina Sandoval, Kayla Valadez and Jeremy Becerra. (In English and Spanish with subtitles)

Naam Hai Akira (Unrated) Crime thriller revolving around a headstrong college coed (Sonakshi Sinha) whose life spirals out of control after she unwittingly gets caught up in a conspiracy being hatched by a quartet of crooked cops. With Amit Sadh, Urmila Mahanta, Teena Singh and Mukesh Hariawala. (In Hindi with subtitles)

Skiptrace (PG-13 for violence, suggestive content, profanity, drug use and brief nudity) Action comedy about a Hong Kong detective (Jackie Chan) who teams up with an American gambler (Johnny Knoxville) to arrest the drug kingpin (Winston Chao) who murdered his partner (Eric Tsang). (In English and Mandarin with subtitles)\

There Is a New World Somewhere (Unrated) Romance drama about a struggling, NYC artist (Agnes Bruckner) who returns home to Texas for a friend's wedding only to fall for a seductive stranger (Maurice Compte) who talks her into accompanying him on a road trip across the South. With Ashley Bell, John Robinson and Morgan Krantz.