Film Review: ‘Jason Bourne’ Back for Another Riveting Adventure as Dashing Rogue Assassin 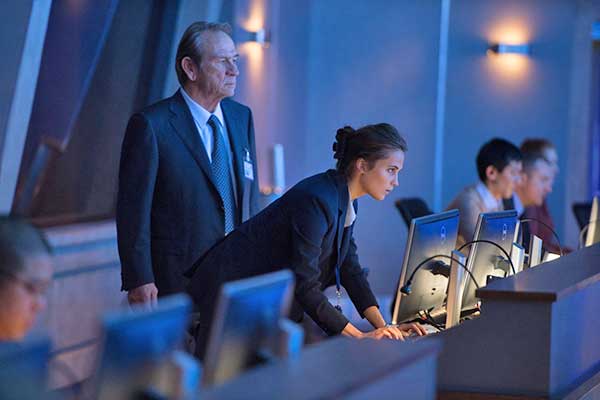 A Jason Bourne movie just isn't the same without Jason Bourne, as the producers found out the hard way in 2012 when they made The Bourne Legacy without the iconic title character. Fortunately, they've since settled their differences with star Matt Damon who returned to reprise the role of the dashing, renegade CIA agent which he originated and played to perfection in the espionage franchise's first three installments.

The movie marks the reunion of Damon and Paul Greengrass, director of both The Bourne Supremacy (2004) and The Bourne Ultimatum (2007), the series' most successful episodes at the box office. While this offering might not quite measure up to those in terms of high-octane action, it nevertheless makes up for the relatively-subdued atmosphere with riveting cloak and dagger intrigue.

The point of departure is Athens, and a decade since we last saw Jason. He's now fully recovered from the amnesia that had previously plagued him. Yet he has nevertheless remained under the radar, since he is still considered an outlaw by CIA Director Robert Dewey (Tommy Lee Jones).

We soon learn that Jason's one ally inside the Agency, Nicky Parsons (Julia Stiles), has also gone rogue. She's off the grid in Iceland, working in concert with a WikiLeaks-style whistleblower (Vinzenz Kiefer) attempting to hack into the CIA's computer files.

Nicky eventually tracks down Jason in Greece where she slips him the key to some incriminating evidence about the Agency as well as to answers about his own mysterious past. Their rendezvous, however, has not gone unnoticed by CIA analyst Heather Lee (Alicia Vikander) who had been surreptitiously monitoring Nicky's movements all along.

Next thing you know, Jason finds himself on the run from a bloodthirsty assassin (Victor Cassel) dispatched by Director Dewey. Meanwhile, Lee joins the chase, too, hoping to talk Jason into voluntarily coming in from the proverbial cold. The ensuing cat-and-mouse caper proves to be a trademark globe-trotting affair, unfolding in ports-of-call all across Europe and culminating in a visually-captivating showdown on "The Strip" in Las Vegas.

The film's only distracting flaw is the sotto voce performance delivered by Oscar-winner Alicia Vikander (for The Danish Girl) who inexplicably seems to swallow her every word here. Otherwise, the balance of the principal cast acquits itself admirably, from Tommy Lee Jones in the familiar role of an orders-barking boss, to Vincent Cassel as an appropriately-despicable diabolical villain, to the inimitable Matt Damon back in the saddle as the two-fisted protagonist.

A flagging franchise thoroughly revived courtesy of another inspired collaboration by Messrs. Damon and Greengrass!