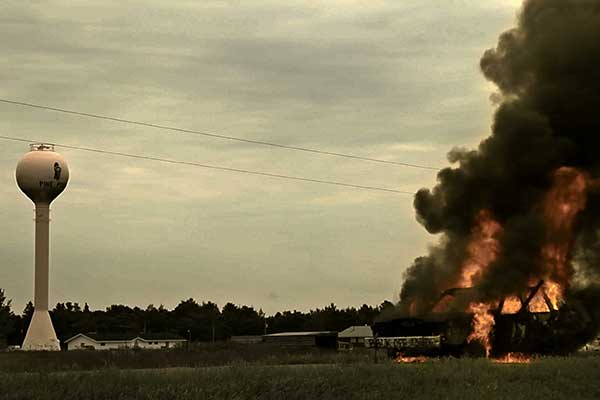 Lights Out (PG-13 for violence, mature themes, disturbing images, incessant terror and brief drug use) Haunted house horror flick revolving around a family which finds itself preyed upon in the dark by the malevolent ghost of a woman (Alicia Vela-Bailey) who briefly befriended the mentally-unstable mom (Maria Bello) when both were in the hopital. With Gabriel Bateman, Alexandra DiPersia and Billy Burke.

Star Trek Beyond (PG-13 for action and violence) 13th episode in the intergalactic, sci-fi franchise finds Captain Kirk (Chris Pine) and the crew of the USS Enterprise stranded on an uncharted planet after being forced to abandon ship following an alien attack. With Idris Elba as the new nemesis, and Zachary Quinto as Dr. Spock, John Cho as Lt. Sulu, Simon Pegg as Scotty, Zoe Saldana as Lt. Uhuru, Karl Urban as Bones and the late Anton Yelchin as Chekov.

Absolutely Fabulous (R for profanity, sexuality and drug use) Adaptation of the British TV sitcom revolving around a couple of flamboyant, aging fashionistas (Jennnifer Saunders and Joanna Lumley) who flee London for the French Riviera after creating a media storm by accidentally knocking now-missing supermodel Kate Moss off a balcony and into the River Thames. With Rebel Wilson, Joanna Lumley, John Hamm and Alexa Chung, with cameos by Jerry Hall and Joan Collins.

Don't Think Twice (R for profanity and drug use) Ensemble dramedy about the emotional fallout visited upon a fledgling, improv comedy troupe when one of its members (Keegan Michael-Key) gets a big break on a Saturday Night Live-type TV show. Cast members include Gllian Jacobs, Chris Gethard, Kate Micucci, Tami Sagher and the film's writer/director Mike Birbiglia.

Don't Worry Baby (Unrated) "Who's the daddy?" dramedy about a philandering husband (Christopher MacDonald) who unknowingly cheats on his wife (Talia Balsam) by sleeping with the same woman (Dreama Walker) as their son (John Magaro), only to learn that one of them is the father of her daughter (Rainn Williams). With Tom Lipinski, Britt Lower and Phil Burke.

Madaari (Unrated) Revenge thriller revolving around a grieving widower's (Irfan Khan) search for answers after losing his family and everything he owns in a man-made disaster. With Jimmy Shergill, Vishesh Bansal, Nitish Pandey and Tushar Dalvi. (In Hindi with subtitles)