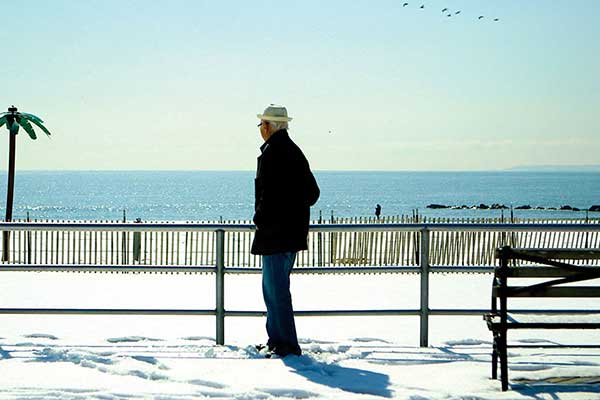 Norman Lear was born on July 27, 1922 in New Haven, Connecticut where he was raised Jewish to parents of Eastern European extraction. He dropped out of college to enlist in the Air Force following the Japanese attack on Pearl Harbor. He flew 52 combat missions over Germany as a gunner/radio operator before being honorably discharged in 1945.

After World War II, he headed to Hollywood to embark on a career in comedy. In 1968, he first enjoyed a measure of success when he landed an Oscar nomination for writing the original screenplay for Divorce American Style. He skyrocketed to the heights of fame a few years later as the creator of All in the Family.

That groundbreaking TV series revolved around a small-minded, blue-collared character from Queens named Archie Bunker. America found the bigoted buffoon so appealing that show soon became #1 in the ratings and retained the top spot for five years in a row.

His finger on the pulse, Lear quickly began cranking out a string of similarly-realistic sitcoms, including Sanford & Son, Maude, Good Times, The Jeffersons and Mary Hartman, Mary Hartman. And at one time in the Seventies, he was the producer of a half-dozen of the Top Ten TV shows in the country.

Despite the unparalleled achievement, Norman occasionally found himself facing discontent in the ranks, such as a rebellion on the set of Good Times. It seems that some of its cast members had become upset about the series' portrayal of African-Americans.

Esther Rolle, who played Florida, complained about the buffoonery, while John Amos, who played her husband, James, became so disillusioned that he left the program after three seasons at the peak of the program's popularity. Matters came to a head when the Black Panthers stormed Lear's office, demanding that he present some positive African-American characters. That prompted Norman to give Archie Bunker's irascible neighbor George Jefferson his own spinoff as a wealthy businessman "Movin' on up!" on Manhattan's exclusive Upper East Side.

Co-directed by Oscar-nominees Heidi Ewing and Rachel Grady (for Jesus Camp), Norman Lear: Just Another Version of You is an intriguing retrospective offering a revealing peek inside the mind of a pivotal figure in the evolution of American culture. For, Lear, now 93, appears prominently in the documentary, along with luminaries like George Clooney, Jay Leno and Russell Simmons, to name a few.

An alternately penetrating and poignant portrait of a true trailblazer!