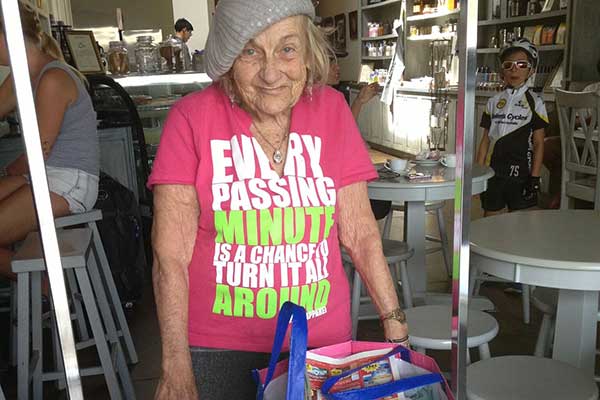 Marie "Mimi" Haist began living in her car when she was in her 50s. That was after she lost her house in the wake of a nasty divorce. And when she could no long afford to keep up the car, she ended up struggling to survive on the streets of Los Angeles.

One day, the owner of the laundromat where she washed her clothes took pity on her. He not only gave her a job, but allowed her to start sleeping there overnight in a chair behind the first row of washers.

Because the store was in Santa Monica, it catered to a number of upscale clientele. Zach Galifianakis and Renee Zellweger were among the many locals who came to befriend Mimi. Eventually, the two actors decided to help the down-and-out octogenarian, with the former renting her an apartment while the latter furnished it for free.

Zach also had her as a guest on his TV show and took her as his date to a red carpet movie premiere. But who was this woman who had spent over 30 years homeless?

What had her life been like before her fall from grace? Did she have any children or other loved ones? Those were the sort of questions that intrigued director Yaniv Rokah enough to make her the subject of a film.

The upshot of that effort is “Queen Mimi,” a revealing documentary offering an intimate portrait of a feisty, yet very likable lady with a strong survival instinct intact. A heartwarming reminder that there but for fortune, may go you or I.