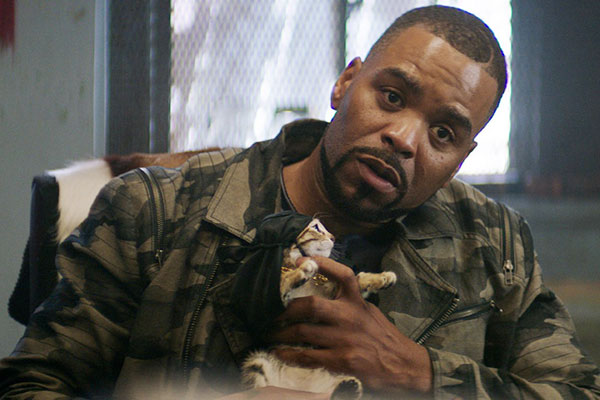 Keanu (R for violence, sexuality, nudity, drug use and pervasive profanity) Suburbia meets the 'hood comedy about a couple of bourgie cousins (Keegan-Michael Key and Jordan Peele) who pose as drug-dealing gangstas in order to rescue a beloved pet from the ghetto. With Nia Long, Will Forte and Method Man.

Special Correspondents (Unrated) Ricky Gervais wrote, directed and co-stars in this remake of Envoyes Tres Speciaux, the French farce about a radio journalist (Eric Bana) and assistant (Gervais) who decide to fake their own disappearance and flee to New York during an uprising in a South American Banana Republic. With Vera Farmiga, America Ferrara and Benjamin Bratt.

A Beautiful Planet (G) Jennifer Lawrence narrates this eco-documentary examining humanity's relationship with the Earth via footage shot from the International Space Station.

The Man Who Knew Infinity (PG-13 for smoking and mature themes) Adaptation of the best-seller of the same name about a promising math prodigy (Dev Patel) brought to Cambridge University from the slums of India by a professor (Jeremy Irons) who recognized the kid's genius. Cast includes Toby Jones, Stephen Fry and Jeremy Northam. (In Tamil and English with subtitles)