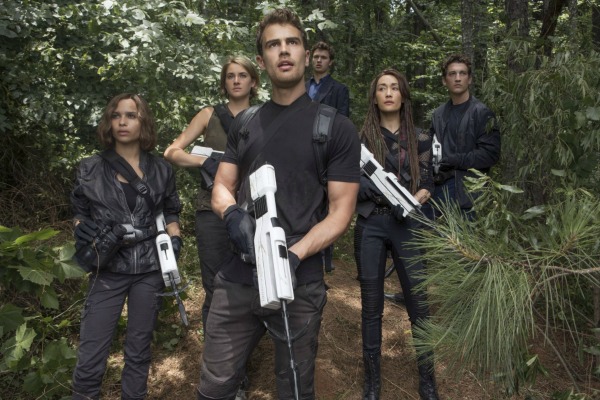 Midnight Special (PG-13 for action and violence) Sci-fi adventure, set in New Orleans, about a father (Michael Shannon) who goes on the run to protect his superhuman, 8 year-old son (Jaeden Lieberher) from both a cult and a government with designs on the boy. Featuring Kirsten Dunst, Adam Driver and Sam Shepard.

The Confirmation (PG-13 for mature themes) Dysfunctional family comedy about a cash-strapped carpenter's (Clive Owen) attempt to reconcile with his estranged eight-year-old son (Jaeden Lieberher) who's been dropped in his lap while his ex-wife (Maria Bello) is away on a weekend retreat with her new husband (Matthew Modine). Support cast includes Robert Forster, Tim Blake Nelson, Patton Oswalt, Spencer Drever and Stephen Tobolowosky.

My Golden Days (R for profanity, graphic sexuality and frontal nudity) Flashback flick revolving around an anthropologist's (Quentin Dolmaire) reflections upon his adolescence while preparing to return to Paris from Tajikistan. With Mathieu Amalric, Lou Roy-Lecollinet and Dinara Drukarova. (In French, Russian and Hebrew with subtitles)

Sweet Bean (Unrated) Bittersweet drama about the unlikely friendship forged betweeen the manager of a pancake stand and the lonely 76 year-old (Kiki Kirin) he hires as his assistant, half out of pity, half for her yummy jelly recipe . With Kyara Uchida, Miyoko Asada, Etsuko Ichihara and Miki Mizuno. (In Japanese with subtitles)

Take Me to the River (Unrated) Atmospheric mystery revolving around a gay teen (Logan Miller) from California who changes his mind about coming out of the closet at a family reunion in Nebraska when he is suddenly suspected of molesting a 9 year-old niece (Ursula Parker). With Robin Weigert, Richard Schiff and Azura Skye.