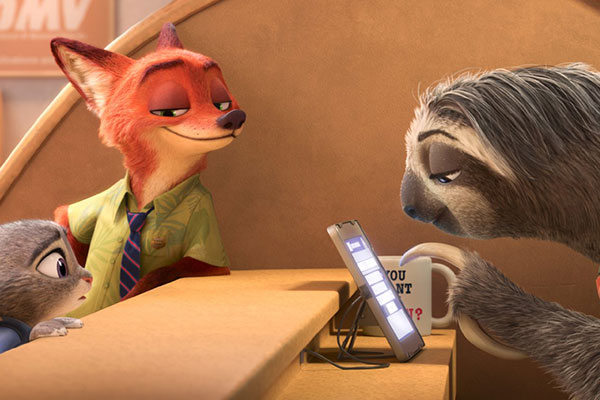 Desierto (R for profanity and graphic violence) Suspense thriller set along the Rio Grande and revolving around a rifle-toting vigilante's (Jeffrey Dean Morgan) hunt for undocumented alliens attempting to enter the U.S. illegally. With Gael Garcia Bernal, Marco Perez and Diego Catano. (In English and Spanish with subtitles)

Ava's Possessions (R for profanity, sexuality and graphic images) Louisa Krause plays the title character in this horror flick as a woman who has her demons exorcised by a priest (John Ventimiglia) only to have them try to reenter her body. With Carol Kane, Wiliam Sadler and Jemima Kirke.

Camino (Unrated) Action adventure, set in the jungles of Colombia in 1985, about a war photographer (Zoe Bell) who embeds with a group of missionaries under the thumb of a charismatic guerilla leader (Nacho Vigalondo). Cast includes Francisco Barreiro, Sheila Vand and Tenoch Huerta. (In English and Spanish with subtitles)

Colliding Dreams (Unrated) Middle East documentary examining the competing interests of the Israelis and Palestinians in the decades-long struggle over the tiny territory they continue to cohabit.

Emelie (Unrated) Psychological thriller about an unsuspecting couple (Chris Beetem and Susan Pourfar) that comes to regret leaving their kids with a new babysitter (Randi Langdon) before going out to dinner to celebrate their wedding anniversary. With Joshua Rush, Carly Adams and Sarah Bolger.

Road Games (Unrated) Cat-and-mouse thriller about two strangers (Andrew Simpson and Josephine de La Baume) who meet on the street in Calais before accepting a ride hitchhiking from a mysterious married couple (Frederic Pierrot and Barbara Crampton). With Feodor Atkine, Pierre Boulanger and Edward Hogg. (In English and French with subtitles)

They Will Have to Kill Us First (Unrated) Freedom of expression documentary chronicling the clash of civilizations between defiant, Malian musical artists determined to preserve their country's rich cultural heritage and Islamic jihadist invaders inclined to behead anyone who doesn't submit to their interpretation of Islam. (In French, Songhay, English, Bambara and Tamashek with subtitles)

The Wave (R for profanity and shocking images) Disaster flick, set in the fjords of Norway, about a geologist's (Kristoffer Joner) race to save a tourist retreat nestled in a narrow valley from a giant tsunami about to crush everything in its path. featuring Thomas Bo Larsen, Ane Dahl Torp and Laila Goody. (In Norwegian with subtitles)