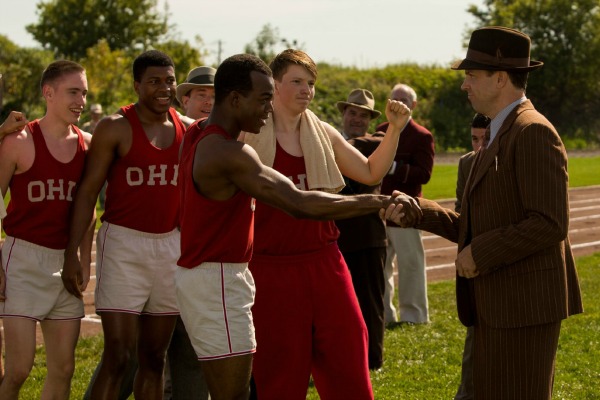 The Witch (R for disturbing violence and graphic nudity) Chilling tale of demonic possession, set in New England in 1630, about the host of horrors visited on a Puritan family living on a farm at the edge of the wilderness. Co-starring Anya Tatlor-Joy, Ralph Ineson and Kate Dickie.

Busco Novio Para Mi Mujer (PG-13 for sexuality, profanity and smoking) Midlife crisis comedy about a henpecked husband (Arath de la Torre) who decides to get out of the marriage by hiring a professional seducer (Jesus Ochoa) to steal the heart of his annoying wife (Sandra Echeverria). With Alejandro Cuetara and Arnulfo Reyes Sanchez. (In Spanish with subtitles)

Colliding Dreams (Unrated) Middle East documentary examining the competing interests of the Israelis and Palestinians in the decades-long struggle over the tiny territory they continue to cohabit.

Embrace of the Serpent (Unrated) Amazon adventure, nominated for an Oscar in the Best Foreign Language category about a couple of scientists (Jan Bijvoet and Brionne Davis) who join forces with a local shaman (Antonio Bolivar) to search the rainforest for a sacred plant with healing properties. Featuring Yauenku Migue, Nicolas Cancino and Luigi Sciamanna. (In Spanish, Latin, Catalan, German and Portuguese with subtitles)

Forsaken (R for violence and profanity) Prodigal Son Western about an ex-gunslinger (Kiefer Sutherland) who returns home to reconcile with his estranged father (Donald Sutherland) only to come out of retirement to fight the outlaws terrorizing the town. With Demi Moore, Brian Cox and Michael Wincott.

King Georges (Unrated) Prestige biopic about Georges Perrier, chef and proprietor of Le Bec-Fin, the legendary Philly restaurant which opened in 1970 and closed its doors for good in 2013.

Neerja (Unrated) Reverential biopic about Neerja Bhanot (Sonam Kapoor), the flight attendant who sacrificed her life in the process of saving over 300 passengers when Pan Am Flight 73 was hijacked by radical Islamists on September 5, 1986. Supporting cast includes Yogendra Tikku, Shabana Azmi and Shekhar Ravjiani. (In Hindi with subtitles)