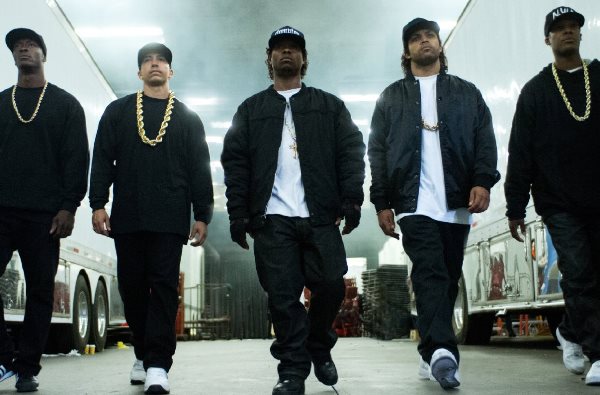 Gil L. Robertson IV is one of America’s foremost authorities on African American pop culture. As a journalist, author, lecturer and media consultant, he is responsible for literary works and intellectual properties that provide platforms for social change and personal growth.

Gil is the editor of the bestselling anthologies Family Affair: What it Means to be African American Today, and the 2006 release, Not in My Family: AIDS in the African American Community, both nominated for NAACP Image Awards in the Outstanding Non Fiction category.

He is also the author of Writing as a Tool of Empowerment, a resource book for aspiring journalists, and Where Did Our Love Go: Essays on Love & Relationships in the African American Community. And Just Us Books is set to release his first children’s book, Great African American Political Leaders.

On television, Gil has shared his expertise on topical issues on numerous networks, including CNN, HLN, MSNBC, E Entertainment, National Public Radio and "The Tavis Smiley Show." In addition, as a popular lecturer on the national circuit, he addresses issues that impact professional growth strategies and personal development.

Gil is a co-founder and President of the African American Film Critics Association (AAFCA), as well as the founder of the Robertson Treatment’s Media Workshop, an annual journalism initiative presented at the Auburn Avenue Research Library in Atlanta, Georgia and the Schomburg Center for Research in Black Culture in New York City.

A graduate of Cal State Los Angeles, Gil is the founder and editor of the nationally syndicated Arts & Lifestyle column, the Robertson Treatment which appears in 30 newspapers across the country boasting a readership in excess of 2 million. He is a professional member of the National Press Club, The National Association of Black Journalists, The National Academy of Recording Arts & Science, The National Academy of Television Arts and Science and The Motion Picture Academy.

Kam Williams:  Hi Gil, thanks for the interview.

Gil Robertson: Thank you the opportunity, my AAFCA brother!

KW: Congratulations on the AAFCA Awards which has grown in stature in recent years.

GR: Thanks, Kam. Yes, this is our 7th year and, although we’re experiencing a little itch, it’s all good. We’re celebrating Straight Outta Compton and Ryan Coogler from Creed, as well as Teyonah Parris from Chi-Raq. Our Special Achievement honors are going to the terrifically talented John Singleton and Reginald Hudlin, as well as business phenoms Jeff Clanagan and Maverick Carter. It’s truly a special night!

KW: Is it safe to assume this year's ceremony will be better attended than ever, given the number of stars calling for a boycott of the Oscars after the Academy failed to nominate any Black actors or actresses for the second year in a row.

GR: Our show has always attracted an amazing array of executives and creatives from the film and TV community, as well as an impressive list of celebrity talent. We look forward to giving them a high-quality event.

KW: Isn't it very revealing that Sly Stallone was nominated in the Supporting Actor category for Creed, but its African American star, Michael B. Jordan, and director, Ryan Coogler, were both snubbed? And the only nomination garnered by Straight Outta Compton, which featured a black cast and director, was for its script which was written by four whites.

GR: Now let’s have real talk. While the Academy doesn’t blatantly promote itself as an organization for Whites only, it’s hard to see the Oscar as an award for all. That’s the big elephant in the room. You call yourself the Academy Awards and you say your awards are based solely on merit -- without consideration to race or gender -- but, historically, all the awards are going to White people. [There are] a few exceptions when a black performance was just so elevated that it couldn’t be ignored, like a few years ago when Lupita Nyong’o won for 12 Years a Slave.

KW: How long do you think it'll take for the Oscars to be more inclusive? Its president, Cheryl Boone Isaacs, who is African-American, recently announced plans to double the number of minority voters by 2020. But if blacks are about 4 percent now, that's just a 1 percent increase per year. Would that likely alter the outcome?

GR: Ms. Isaacs is putting the work in, and I’m very confident that the seeds she plants will grow. Change takes time and, as Hollywood mirrors larger American society, this process will too.

KW: Besides offering an alternative to the the Oscars, why should people attend the AAFCA Awards?

GR: The AAFCA Awards are necessary because they offer us an opportunity to celebrate ourselves. The Oscars are never going to give us the due that we feel we deserve -- and that’s okay. As a community, we must move past that and instead support the institutions that do. Black people, your support is necessary and you cannot sit out this party, if you’re serious about wanting to see some real change.

KW: Who are some of the luminaries you hope will attend?

GR: The room will be filled with luminaries, but we are really thrilled to welcome the cast of Straight Outta Compton, Ryan Coogler from Creed, Kenya Barris, the creator of Black-ish, the incredibly-lovely Teyonah Parris, plus an impressive lineup of hot young faces who represent the next wave of talent in Hollywood.

KW: I know that AAFCA operates year-round, not just during awards season. What sort of programs do you have planned for 2016?

GR: We are especially excited to see an expansion of our student boot camps to three more campuses across America. By the year’s end, AAFCA’s Boot Camp will literally extend to the four corners of America. The AAFCA Seal of Approval program continues to expand. Our seal will appear on releases from Array, Codeblack, Swirl and other studios this year. For 2016, AAFCA is going to especially ramp up our film festival partnerships. I can’t announce details yet, but look for us to create some significant and very strategic inroads with various films festivals throughout American and aboard. Over the summer, we’ll be back with Synergy in Atlanta with a special honoree to be announced shortly. And before the year is done, I am hopeful to announce a broadcast partner for 2017. We definitely have a big year in store. Please visit our website [www.AAFCA.com] and hook up with us via social media to remain connected.

KW: Thanks again for the time, Gil, and best of luck with AAFCA.