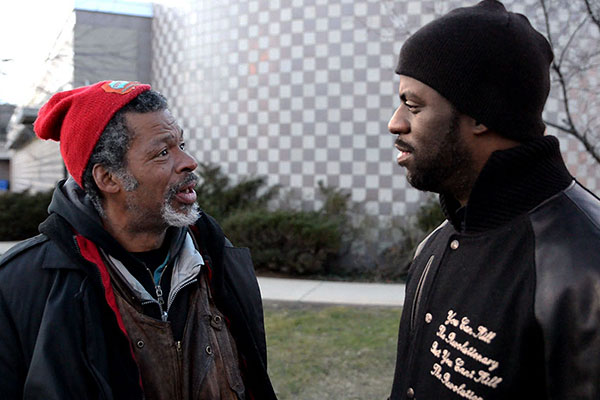 Che "Rhymefest" Smith is among the handful of rappers who have actually managed to make it in the music industry. What's even more remarkable is the fact that the Grammy-winning artist also overcame a challenging childhood, having been raised on the rough South Side of Chicago by a single-mom who'd given birth to him while still in her early teens.

Despite his phenomenal success in the music business, one thing that nagged at Rhymefest was why he'd been abandoned by his father, Brian, a man he'd only seen a few times in his entire life, and not at all over the past two decades. He wondered whether his dad ever cared or thought about him? Or might he be dead?

Rhymefest's curiosity was probably piqued because of the guilt he himself felt about having three out-of-wedlock offspring with baby-mamas he'd never committed to.He wanted to understand why he'd perpetuated the cycle of parental neglect, especially since fatherless kids represent 60% of youth suicides, 71% of juvenile incarcerations and 90% of homeless children.

So, first, he proceeded to buy the house that his father grew up in and moved in with his wife, Donnie. Then, after hearing rumors that Brian was a local hobo and an alcoholic, he started scouring the streets of the Windy City for him.

Yes, he did search for and get his dad into rehab right after their tearful reunion. But would the lush find the strength to keep his nose clean with the help of this new lease on life coming in the form of a job, an apartment, and a loving, supportive son?

That is the tension that tugs at your heart while watching In My Father's House, a Prodigal Dad documentary co-directed by Ricki Stern and Anne Sundberg. The picture proves to be very compelling as a sociological examination of profound dysfunction, but it's simultaneously a bitter disappointment for anyone expecting a miraculous, happy Hollywood ending.

Unfortunately, Rhymfest just can't get no satisfaction from the father he's craved and loved from afar for as long as he can remember. But at least he continues to flourish professionally, having recently co-written the 2015 Oscar-winning Best Song "Glory" with Common and John Legend for the film Selma.

The movie's message, if any? If you're a successful rap star, you might want to think twice before returning to the ghetto to track down the deadbeat dad you never knew. .