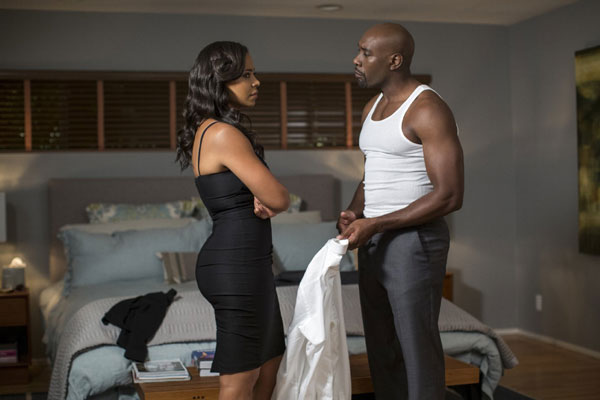 90 Minutes in Heaven (PG for an intense car accident and graphic images) Adaptation of Baptist minister Don Piper's best-selling memoir recounting his real-life ordeal in which he died and went to heaven briefly before being revived by the prayers of a Good Samaritan (Michael Harding) at the scene of a car accident. Co-starring Kate Bosworth, Dwight Yoakam and Elizabeth Hunter.

The Perfect Guy (PG-13 for violence, menacing, sexuality and brief profanity) Psychological thriller about a lobbyist (Sanaa Lathan) torn between her ex (Morris Chestnut) and a charming new suitor (Michael Ealy) in the wake of a terrifying revelation. With Charles S. Dutton, Tess Harper and Rutina Wesley.

A Brilliant Young Mind (Unrated) Coming-of-age dramedy about a nerdy math prodigy (Asa Butterfield) who develops enough confidence with the help of a mentor (Rafe Spall) to compete in the International Mathematics Olympiad. With Sally Hawkins, Eddie Marsan and Jo Yang.

Coming Home (PG-13 for mature themes) Romance drama, set in China during the Cultural Revolution, about the frustrations of a former political prisoner (Daoming Chen) who returns home to his wife (Li Gong) from prison only to discover that she's suffering from amnesia and can no longer recognize him. With Tao Guo, Ni Yan and Chun Li. (In Mandarin with subtitles)

Meet the Patels (PG for mature themes, suggestive images and smoking) Dysfunctional family documentary chronicling the pilgrimage from the U.S. to the subcontinent undertaken by 29 year-old bachelor Ravi Patel to find a Ms. Right from the same Indian caste with the help of his traditional parents. (In English and Gurjarati with subtitles)

Paul Taylor: Creative Domain (Unrated) Prestige biopic offering an intimate peek into the life and 50-year career of one of the world's most highly-regarded choreographers.

Sleeping with Other People (R for profanity, drug use, sexual references and graphic sexuality) Romantic comedy about the love which blossoms between a womanizer (Jason Sudeikis) and a serial cheater (Alison Brie) despite an agreement to have a platonic relationship. With Amanda Peet, Jordan Carlos and Adam Brody.

Time Out of Mind (Unrated) Unlikely-buddies drama, set in a Manhattan, about a mental patient (Richard Gere) inspired to reconcile with his long-estranged daughter (Jena Malone) by a homeless jazz musician (Ben Vereen) he befriends at Bellevue hospital. Featuring Kyra Sedgwick, Steve Buscemi and Colman Domingo.

Welcome to Leith (Unrated) Neo-Nazi documentary chronicling a notorious white supremacist's attempt in 2012 to take over the government of a tiny town in North Dakota.

Wolf Totem (PG-13 for disturbing images, animal cruelty and brief sensuality) Culture clash drama, set in the Mongolian desert in the late Sixties, about a student (Shaofeng Feng) sent to modernize the shepherds who instead ends up appreciating their nomadic way of life. With Shawn Dou, Yin Zhusheng and Ba Sen Zha Bu. (In Mandarin and Mongolian with subtitles)