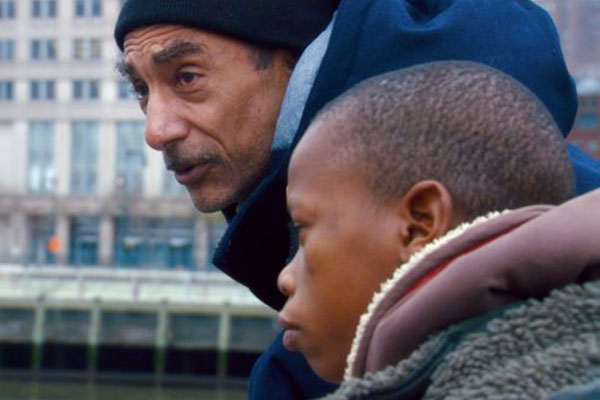 Beyond the Mask (PG for action, violence and mature themes) Faith-based historical drama about a former mercenary (Andrew Cheney) for the British East India Company who attempts to redeem himself by thwarting a plot against the American Revolution. With Alan Madlane as Ben Frankiln, and John Arden McClure as George Washington.

The Longest Ride (PG-13 for battle scenes, sports action, sexuality and partial nudity) Screen adaptation of the Nicholas Sparks best-seller about a star-crossed couple (Britt Robertson and Scott Eastwood) whose path serendipitously intersects with that of a geezer (Alan Alda) given to reminiscing while waiting to be rescued from a car wreck. With Oona Chaplin, Gloria Reuben and Lolita Davidovich.

Below Dreams (Unrated) Millennial Generation drama highlighting the frustrating job search of three twenty-somethings, an ex-con (Jamaine Johnson), a single-mom (Leanne Miller), and an unemployed college grad (Elliott Ehlers), who are all looking for work in an inhospitable economic climate. Featuring Rebecca Matalon.

Black Souls (Unrated) Mafia saga, set in Italy, about two brothers (Marco Leonardi and Peppino Mazzotta) who run the family’s international drug trade while another sibling (Fabrizio Ferracane) herds goats in their ancestral hometown nestled in the mountains along the Ionic seacoast. With Barbara Bobulova, Anna Ferruzzo and Giuseppe Fumo. (In Italian with subtitles)

Clouds of Sils Maria (R for profanity and graphic nudity) Midlife-crisis drama about an actress (Juliette Binoche) who agrees to portray an older character in the revival of the play that made her famous decades earlier in the starring role. Ensemble cast includes Chloe Grace Moretz, Kristen Stewart and Lars Eidinger. (In English, French, German and Swiss German with subtitles)

Ex Machina (R for profanity, violence, sexual references and graphic nudity) Sci-fi thriller about a corporate computer geek (Domhnall Gleeson) who runs away with a fetching fembot after developing a romantic attachment to the gorgeous android (Alicia Vikander) slated to have her memory banks erased. With Oscar Isaac, Corey Johnson and Sonoya Mizuno.

Living in the Age of Airplanes (Unrated) Harrison Ford narrates this anthropological examination of how the miracle of flight has altered the evolution of human life on the planet.

Lost River (R for profanity, sexuality and disturbing violent images) Ryan Gosling makes his writing and directorial debut with this escapist fantasy revolving around a cash-strapped single-mom (Christina Hendricks) who finds herself swept into a subterranean dark world. With Ben Mendelsohn, Saoirse Ronan and Eva Mendes.

The Reconstruction of William Zero (Unrated) Sci-fi thriller about a geneticist suffering from amnesia (Conal Byrne) who makes a shocking discovery while trying to relearn who he is with the help of his identical twin brother. Support cast includes Amy Seimetz, Tim Haberger and Adam Fristoe.

The Sisterhood of Night (PG-13 for mature themes, suicide, sexuality and prescription drug abuse) Screen adaptation of Steven Millhauser’s short story of the same name about a teenage girl (Kara Hayward) who becomes the subject of a modern-day version of a Salem witch trial after publicly complaining about her initiation into a sinister sorority. With Kal Penn, Georgie Henley, Willa Cutthrell-Tuttleman and Olivia DeJonge.

Song from the Forest (Unrated) Cross-cultural documentary about Louis Sarno, an American musicologist who moved to the Central African Republic in 1985, had a child with a Pygmy, and raised his son in the rainforest.