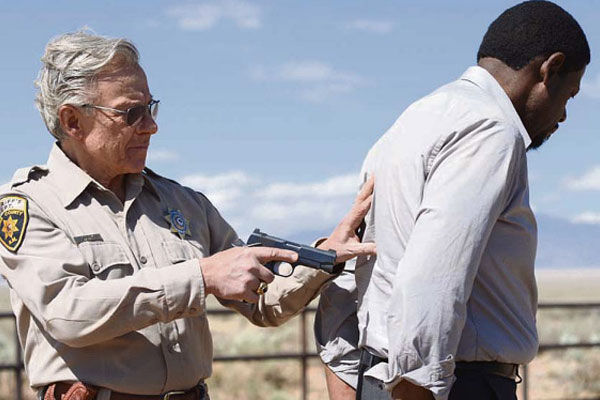 Bad Asses on the Bayou (R for violence, profanity, sexuality and nudity) Danny Trejo and Danny Glover reprise their roles in this sequel to Bad Ass 2 set in Baton Rouge where the aging tough guys take the law into their own hands to rescue a pal’s (John Amos) daughter kidnapped for ransom (Loni Love). Rob Mello, Sammi Rotibi and Jimmy Bennett.

Earth’s Golden Playground (Unrated) Gold Rush documentary highlighting the present-day resurgence of mining among prospectors searching for the mother lode up in the Yukon.

The Lesson (Unrated) Survival saga about a cash-strapped schoolteacher (Margita Gosheva) who resorts to desperate measures to provide for her family. With Ivan Barnev, Ivan Savov, Stefan Denolyubov and Ivanka Bratoeva. (In Bulgarian with subtitles)

Merchants of Doubt (PG-13 for brief profanity) Screen adaptation of Naomi Oreskes and Erik M. Conway’s best-seller of the same name, a cautionary documentary warning about the profusion of pundits-for-hire who create confusion by posing as impartial experts who dispute the conventional wisdom about global warming, pollution and the pharmaceutical industry.

October Gale (Unrated) Crime thriller set in a remote cottage on an island where a recently-widowed doctor (Patricia Clarkson) cares for a mysterious stranger (Scott Speedman) who washed ashore with a gunshot wound while trying to evade the shooter (Tim Roth) seeking to finish him off. With Callum Keith Rennie, Aidan Devine, Billy MacLellan and Eric Murdoch.

A Year in Champagne (Unrated) Second installment in alcohol trilogy, and sequel to A Year in Burgundy, explores everything you always ever wanted to know about the bubbly brew from France.