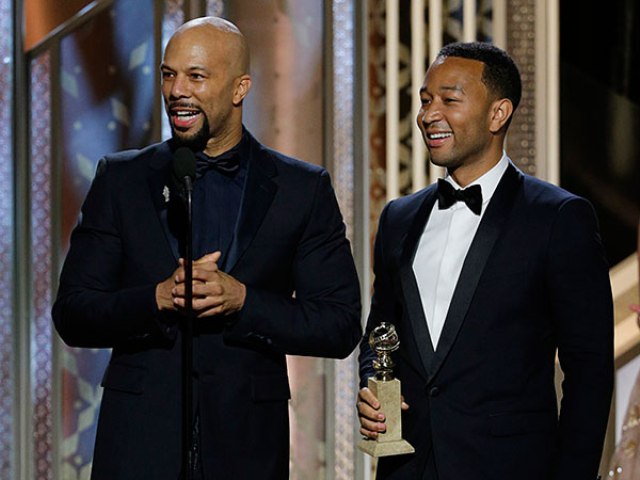 The 2015 awards season was officially underway with the Hollywood Foreign Press Association’s annual recognition of the best in film and television.

The festivities were co-hosted by Tina Fey and Amy Poehler, who again toned down their act in comparison to their raunchy predecessor, Ricky Gervais. The celebrity-friendly emcees’ only exception involved a couple of potshots taken at two-time Golden Globes-winner Bill Cosby (for The Cosby Show).

During an opening monologue mention of the movie Into the Woods, Poehler stated that “Sleeping Beauty just thought she was getting coffee with Bill Cosby,” a reference to the dozens of women claiming the comedian once raped them after slipping a knockout drug into their drinks. Fey followed that joke with an uncanny imitation of the conspicuously-absent Cosby in which he confesses, “I put the pills in the people.”

Turns out there was no truth to the rumor that Selma would win for Best Picture despite an accidental, early posting on Friday to that effect on the official Golden Globe website. In fact, the stirring civil rights saga’s only trophy came for Best Song, “Glory,” a hip-hop anthem by John Legend and Common. It looks like Selma’s prospects might have been diminished by the allegations that it contains a couple of historical errors in its portrayal of President Lyndon Johnson.