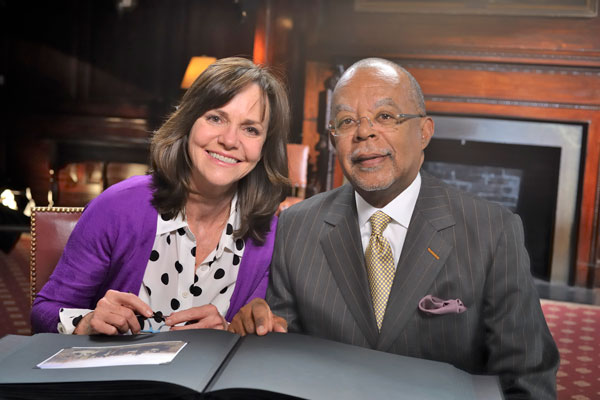 His 6-part PBS documentary series, The African-Americans: Many Rivers to Cross (2013), which he wrote, executive produced, and hosted, earned the Emmy Award for Outstanding Historical Program—Long Form, as well as the Peabody and NAACP Image Awards. Having written for such leading publications as The New Yorker, The New York Times, and Time, Dr. Gates now serves as editor-in-chief of TheRoot.com, while overseeing the Oxford African-American Studies Center, the first comprehensive scholarly online resource in the field.

Kam Williams: Hi, Dr. Gates, how are you?

Henry Louis Gates: Everything’s a little crazy around here, because I’m trying to get out of town. But otherwise, I’m doing very well, Kam. How are you?

KW: Great, thanks. So, where are you headed?

HLG: We’re going to South Africa for a couple weeks where I’ll be getting an honorary degree from the University of Cape Town.

KW: And congrats on another fascinating season of Finding Your Roots. How did you pick which luminaries to invite to participate in the project? Did you already have an idea that they might have an interesting genealogy?

HLG: No, we picked them cold. I have a wonderful team of producers. To tell you the truth, first, we just fantasize. Then, we sit down in my house with a big peg board with the names of all the people who said “Yes.” So, we never know whom we are going to get in advance.

KW: How do you settle on the theme of each episode? For instance, you did the one on athletes with Derek Jeter, Billie Jean King and Rebecca Lobo, and the one on chefs with Tom Colicchio, Aaron Sanchez and Ming Tsai.

HLG: Usually, we first do the research and film everybody, and then organize the episodes internally. For instance, Episode One was called, “In Search of Our Fathers.” You might wonder, what does Stephen King have in common with Courtney B. Vance? Well, Stephen King’s father left when he was 2, and Courtney never knew his father. He was put up for adoption. And frankly, that’s my favorite kind of story, when it’s counter-intuitive. That’s why we’ve organized the episodes around those two principles.

KW: Environmental activist Grace Sinden says: The subject of our roots is fascinating, as shown in your television program on PBS. I'm wondering what you found to be the singularly, most-interesting discovery in your research for Finding Your Roots 2?

HLG: That’s tough to say, because each story has something dramatic and interesting. Take when Ming Tsai’s grandfather fled China after the revolution, all he took besides the clothes on his back was one book, the book containing his family’s genealogy. Isn’t that amazing? He was willing to flee to a whole new world, learn a new language, and start over in a new culture only if he had his family tree with him. That’s heavy, man! It’s like he was saying, “I can do anything, as long as I have my ancestors with me.” I really admire that. And consequently, we were able to trace Ming’s ancestry back to his 116th great-grandfather.

KW: Whose roots were you able to trace back the farthest?

HLG: Ming Tsai’s, without a doubt. We’ve traced several people back to Charlemagne, but Ming’s goes back to B.C., because of the Chinese penchant for keeping fantastic genealogical records.

KW: Sangeetha Subramanian says: It seems that your guests have a variety of reactions as each story and new fact is revealed. Whose reaction to an uncovered story surprised you the most?

HLG: Anderson Cooper, without a doubt. I told him that his 3rd great-grandfather, Burwelll Boykin, was a slave owner. First of all, Anderson was very saddened and disappointed that he descended from a slave owner. But his ancestors were from Alabama, so I told him that was very common. I don’t think you inherit the guilt of your ancestors. We merely reveal whatever we find, without making any sort of judgment. What your ancestors did is what they did. That’s not on you. Anyway, Burwell Boykin had a dozen slaves, according to the 1860 Census. And one of them kept running away. To punish him, he locked him in a hot and humid cotton house. Can you imagine? When Burwell let Sandy “Sham” Boykin out the next morning, the slave grabbed a hoe out of his master’s hands before beating him to death. We found the story in a diary kept by one of Anderson’s ancestors, and then we verified it in the court records which showed that, sure enough, a slave named Sandy Boykin had been hanged in 1860.

KW: Marcia Evans says please let Dr. Gates know that this show is awesome and well appreciated. I don't want this series to ever end. There are soooooooo many stories that I want to learn about. This discovery is not just about DNA and history. It's about family, family secrets, and the mindset of folks and their choices. For all of these reasons, I am a dedicated fan. I appreciate Professor Gates and his passion for teaching undocumented history, especially African and African-American studies. I'm a history buff which is why I've been following his work for years. Ask Professor Gates if he is aware of the research work of Professor/Researcher Roberta Estes and her research into accurate testing for Native American genetics?

KW: Has anybody ever tried to disagree with their DNA analysis?

HLG: No, but some people were shocked, particularly African-Americans who believed they had Native American ancestry. They’re always disappointed. [Chuckles]

KW: When I was growing up, it seemed like every other kid at school used to say he was part Cherokee.

HLG: The poor Cherokees. Everybody, white Americans and black Americans claimed to be part Cherokee. [LOL]

KW: Did any of your subjects ask you not to reveal something you found out about their family?

HLG: No, although I’m sure a few people would like to do so, if they could. But we’re PBS. We’re independent.

KW: Editor Bobbie Dore Foster asks: Dr Gates, do you ever answer queries from everyday people who need help with genealogical puzzles and other obstacles to fleshing out their family trees?

HLG: Yes I do, Bobbie, in two forms. At TheRoot.com, we answer a question a week for African-Americans who have a genealogical quandary. That’s co-written with the New England Genealogical Society. And at Ancestry.com, the genealogist there and I write a weekly column that’s on the Huffington Post.

KW: Editor Lisa Loving says: We all just love your show. My family tree efforts have literally thrilled my entire family and made them look at themselves and each other differently – as if to appreciate all that our ancestors survived down through the ages. Did you and your family have the same experience when you started looking at your genealogy?

HLG: Oh my God, yes! In fact, CeCe Moore, our genetic genealogist, noticed that I had a whole lot of matches with people named Mayle. We pursued it and, as it turns out, those people and I, on one side of my family, are descended from a white man named Wilmore Mayle who was born in England. He freed his slave Nancy in 1826, and they had children together. We convened all of his mixed-raced descendants for a family reunion in September, and we filmed that for the last episode of the series. And that was done purely through DNA. We don’t even know how Mayle fits in my family tree, but he’s definitely one of my ancestors.

KW: Chandra McQueen asks: What would you say carved out this path for you?

HLG: The fact that when I was 9 years-old, on the day that we buried my grandfather, Edward St. Lawrence Gates, my father showed my brother and me a picture of Jane Gates, the oldest Gates we’ve ever traced, then or now. It blew my mind! She was born in 1819 and she died in 1888. I’m looking at her picture right now. She was a slave and a midwife. I was just so amazed. Between looking at my grandfather in the casket, which was very traumatic, and seeing my father cry for the first time, which was also very traumatic, and trying to figure out how in the world someone who looked like me could have descended from someone who could have passed for white, and then finding out that my great-great grandmother was a slave, intrigued me. So, the next day I interviewed my parents about my family tree. And I’ve been hooked ever since. [Laughs] And that’s a true story.

KW: Chan is also curious about what surprised you the most about your own genealogy?

KW: Chan’s last question is: Do you go about gathering genealogical information about African-Americans very differently from the way you do for other ethnicities? How do you get past the obstacle of slavery?

HLG: Yes, we do, because African-Americans generally weren’t identified by name in the census prior to the abolition of slavery. So, we start with the 1870 census, which is the first in which blacks appear with two names. Then you go back to 1860, and see whether there were any slave owners with the same surname, since, more often than not, most emancipated slaves kept the surname of their former owners. Ironically, the key to finding one’s black ancestry during slavery often involves finding the identity of the white man or woman who owned your ancestors. That’s quite a fascinating paradox.

KW: Beatryce Nivens says: I have been tracing my genealogy for several years, and other members of my family have been doing it for a couple decades. My great-grandmother was a slave on the Thomas H. Watts farm in Chesterfield County, South Carolina. Her slave owner was her father. In 1977, the white side of my great-grandmother's family gave a second-cousin of mine slave papers listing the slaves on their ancestors’ plantation, as well as their dates of birth and deaths. Unfortunately, that cousin is now deceased and his children can't find the papers. What is the best way to recreate that list? We have used the 1870 Census. Are there any other resources you would recommend for South Carolina? Chesterfield is a County whose courthouse and documents were burned to the ground by Sherman during his historic march across the South towards the end of the Civil War.

HLG: Beatrice, go to Ancestry.com, and type in the name of your ancestor, and it will automatically connect you to any record regarding that particular family member that’s been digitized.

KW: Why do you think tracing one’s ancestry is so emotional and transformational, even for celebrities?

HLG: It’s funny, I filmed Donna Brazile yesterday, and Jimmy Kimmel a week ago, and both of them cried during the reveal. It is very, very emotional. I think people are deeply moved because, ultimately, it’s about ourselves. It’s about you. You are literally the sum total of your ancestors. You are a living testament to your family tree. On Thanksgiving, in the lobby of William Junius Wilson’s apartment building, I met a man who thought that people are so fascinated by the series because of the sense of rootlessness that comes with post-modernity. And one way people gain a sense of solidity is by laying a foundation. And that foundation for anyone is your family tree. Who am I? Where do I come from? You know what? I used to think only black people had what I call “genealogical amnesia.” But I found out that nobody knows more than past their great-grandparents.

KW: Thanks again for the time, brother, and have fun in South Africa.

HLG: Any time, Kam. You know I love talking to you.