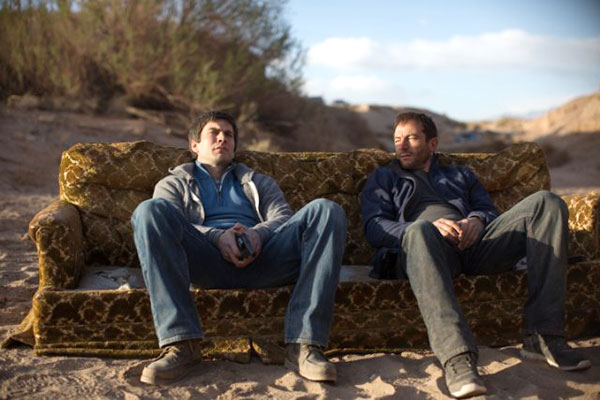 PHOTO: Still of Wes Bentley and Jason Isaacs in After The Fall

After the Fall (R for violence and some sexuality and profanity) Character study of a desperate family man’s (Wes Bentley) spiraling out of control when he turns to a life of crime after losing his job. With Vinessa Shaw, Haley Bennett, Audrey Walters and Jason Isaacs.

The Captive (Unrated) Oscar-nominee Atom Egoyan (for The Sweet Hereafter) wrote and directed this crime thriller about the search for a missing teen (Alexia Fast) who vanished without a trace eight years earlier when momentarily left in a car by her father (Ryan Reynolds) while he stepped into a diner. With Rosario Dawson, Scott Speedman and Mireille Enos.

We Are the Giant (Unrated) Moment of truth documentary relating the stories of a trio of individuals transformed by the decision to participate in the Arab Spring Movement. (In Arab and English with subtitles)