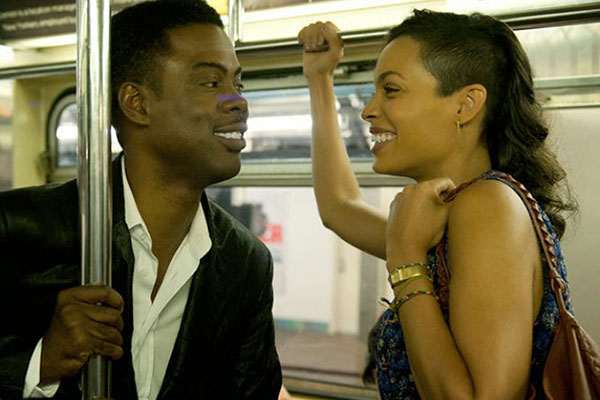 The Pyramid (R for violence and gruesome images) Subterranean horror flick about a team of archaeologists who find themselves hunted by an evil creature after getting lost while exploring a labyrinth inside a lost pyramid discovered in Egypt beneath the Sahara Desert. Co-starring Garsha Arristos, Joseph Beddelem, Omar Benbrahim and James Buckley.

The Barefoot Artist (Unrated) Poignant portrait of 73 year-old Lily Yeh, the Chinese artist-turned-global humanitarian who, based on a belief that access to art is a fundamental human right, created a foundation which transformed abandoned lots and buildings into parks, gardens, theaters, studios and educational facilities for poor kids in Philadelphia, Rwanda, Kenya, Ecuador and elsewhere around the world.

By the Gun (R for sexuality, nudity, graphic violence, pervasive profanity and drug use) Mafia drama, set in Boston, about an ambitious mobster’s (Ben Barnes) effort to become a made man. With Harvey Keitel, Toby Jones and Leighton Meester.

Concerning Violence (Unrated) Liberation retrospective, narrated by Lauryn Hill and inspired by Frantz Fanon’s “Wretched of the Earth,” recounting nine African nations’ fights for freedom from European colonial rulers in the Sixties and Seventies. (In English, Swedish, French and Portuguese with subtitles)

Dying of the Light (R for profanity and violence) Revenge thriller about a CIA agent (Nicolas Cage) who goes rogue, rather than retiring as ordered, in order to track down the terrorist (Alexander Karim) who tortured him years earlier. With Anton Yelchin, Irene Jacob and Adetomiwa Edun.

The Foxy Merkins (Unrated) Unlikely-buddies comedy about a cash-strapped, asthmatic, lesbian, wannabe whore (Lisa Haas) who learns the ropes of the business from a straight, wealthy, seasoned streetwalker (Jackie Monahan) well-versed in picking up and satisfying women. With Frances Bodomo, Diane Ciesla and Claudia Cogan.

Pioneer (R for profanity) Fact-based political thriller, set in the Seventies, about a grieving diver’s (Aksel Hennie) attempt to expose a corporate and government conspiracy to cover up the truth about how his brother (Andre Eriksen) died during the installation of a gas pipeline in the North Sea. With Wes Bentley, Stephanie Sigman and Jonathan LaPaglia. (In Norwegian and English with subtitles)

Poverty, Inc. (Unrated) “The more things change, the more they stay the same” documentary questioning whether Western nation’s anti-poverty industrial complex has been at all effective in alleviating the suffering of Third World peoples.

A Spell to Ward Off the Darkness (Unrated) Surrealistic metaphysical realm exploration of the present-day challenge to carve out space for spirituality in an increasingly-secular Western culture.

Wild (R for sexuality, nudity, profanity and drug use) Reese Witherspoon stars in this adaptation of Cheryl Strayed’s memoir, an Oprah Book Club selection recounting her transformational, 1,100 mile solo trek across the Mojave Desert at the age of 26 to heal herself in the wake of a divorce, heroin addiction and the death of her mother. Cast includes Laura Dern, Thomas Sadoski, Michael Huisman and Gaby Hoffmann.

Zero Motivation (Unrated) Comedic portrait of the clash of personalities among the members of a bored, all-female unit of Israeli soldiers stationed on a military base located in the desert. Starring Dana Ivgy, Shani Klein, Nelly Tagar and Heli Twito. (In Hebrew with subtitles)