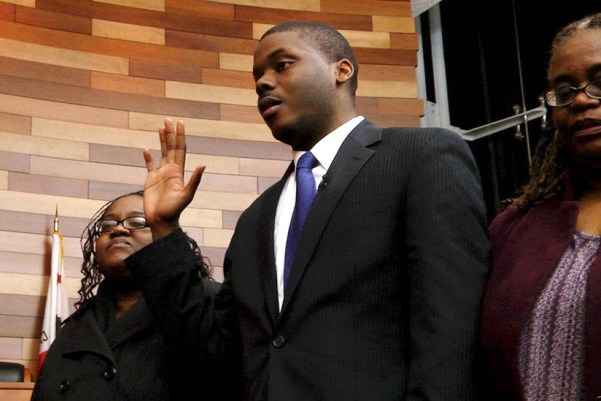 Photo: A still from the movie, True Son

Nightcrawler (R for violence, profanity and graphic images) Jake Gyllenhaal stars in the title role of this character-driven thriller as a freelance journalist caught in a cutthroat competition covering the crime beat in Los Angeles. With Rene Russo, Bill Paxton and Ann Cusack (Sister of John and Joan).

ABCs of Death 2 (Unrated) Horror sequel featuring another 26 short comedies by 26 different directors, each titled for a different letter of the alphabet, from A is for Amateur to Z is for Zygote. Cast includes Martina Garcia, Tristan Risk, Beatrice Dalle and Andy Nyman. (In English, Hebrew, Japanese, French and Portuguese)

All You Need Is Love (Unrated) Sigourney Weaver narrates this inspirational documentary chronicling the daily lives, dreams and plight of Burmese children attending the Good Morning School in Mae Sot, Thailand in defiance of the dictates of their own country’s repressive regime.

Before I Go to Sleep (R for profanity and graphic violence) Screen adaptation of the S.J. Watson best seller of the same name revolving around an amnesiac (Nicole Kidman) whose husband (Colin Firth) has to remind her every morning that her memory gets erased every time she falls asleep. With Mark Strong, Anne-Marie Duff and Adam Levy.

Braddock (Unrated) Cinematic tribute to a tiny town in Pennsylvania of historical significance as it tries to reinvent itself in order to remain relevant in the 21st Century.

God the Father (R for violence) Mafia documentary in which former Colombo crime family mobster Michael Franzese recounts finding his faith and being born again after learning that his own father had taken out a contract on him.

The Hazda: Last of the First (Unrated) Anthropological examination one of the world’s last remaining tribe of hunter-gatherers, the Hazda, who have lived in Africa’s Rift valley for the past 50,000 years. Narrated by Alfre Woodard, and featuring commentary by primatologist Jane Goodall and geneticist Spencer Wells.

Hit by Lightning (Unrated) Romantic comedy about an aspiring writer (Jon Cryer) who gets more than he bargained for when the passionate lover (Stephanie Szostak) he meets online suddenly announces she’s married and pressures him to murder her rabbi hubby (Jed Rees). With Will Sasso, Alexis Maitland and Sean Tucker.

Horns (R for sexuality, profanity, rape, disturbing violence, drug use and graphic nudity) Daniel “Harry Potter” Radcliffe stars in this horror fantasy as the prime suspect in his girlfriend’s (Juno Temple) murder who wakes up with horns growing out of his head after a night of heavy drinking. Featuring Max Minghella, Joe Anderson and Kelli Garner.

Magical Universe (Unrated) Retrospective revisiting the final decade in the career of Al Carbee (1914-2005), an eccentric, Barbie-obsessed artist who worked with dolls as his medium.

Missionary (R for violence, profanity and sexuality) Romance drama about a struggling single-mom (Dawn Olivieri) who embarks on a passionate affair with a Mormon (Mitch Ryan) only to watch him go berserk when she reconciles with her estranged husband (Kip Pardue). Support cast includes Connor Christie, Randy Molnar and Dushawn Moses.

Private Peaceful (Unrated) Romance drama, set in Devon, England, and revolving around two brothers (Jack O’Connell and George MacKay) who fall in love with the same girl (Alexandra Roach) before enlisting in the army and being shipped off to fight in Flanders fields during World War I. With Maxine Peake, Frances de la Tour and the late Richard Griffiths.

Showrunners (Unrated) Behind-the-scenes documentary illustrating everything involved in the making of a TV series, from the creation of the concept, to the production, to the writing, to the casting, to the shooting, to the airing.