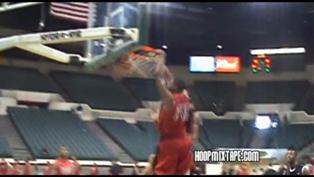 At most places, that's hardly a drought.

In the Bluegrass, it's a lifetime.

Now coach John Calipari and the Wildcats are two wins away from a national title. Finally.

Brandon Knight scored 22 points and fourth-seeded Kentucky advanced to the Final Four for the first time since their 1998 national title with a 76-69 win over second-seeded North Carolina on Sunday in the East Regional final.

"We got Kentucky back," senior center Josh Harrellson said. "A lot of people doubted us. A lot of people really didn't think we'd be the team we are. We really pulled it together as a team, and we're back now."

The Wildcats (29-8) will play Connecticut in Houston on Saturday night after turning back a late surge by the Tar Heels (27-10), who erased an 11-point deficit before running out of gas in the final 2 minutes.

DeAndre Liggins added 12 points for Kentucky, including a 3-pointer from the corner with 37 seconds remaining to help lift the Wildcats.

A season after falling a game short of the Final Four behind a roster filled with future NBA stars, the Wildcats are heading to the national semifinals for the 14th time behind Knight's heady play and Calipari's relentless energy.

He revitalized the flagging program a year ago behind superstar John Wall. In Calipari's second season, he delivered on his promise to return Kentucky to glory.

Even if the guy who hired him wasn't sure this would be the year Kentucky would end its 13-year drought between Final Fours.

"I thought he was building toward it, but I didn't think this was the year," Kentucky president Lee Todd said.

Calipari admitted it didn't look that way two weeks ago, when his team was relegated to a fourth-seed despite convincingly winning the Southeastern Conference tournament. The powers that be put Kentucky in the same bracket as top overall seed Ohio State.

"I just thought the path to get here would be so ridiculous," Calipari said, "that we would have to play out of our minds or people would have to get knocked off."

Kentucky edged Ohio State on Friday, then gave the Final Four another blueblood program, though with a twist. There will be no No. 1 or No. 2 seeds playing the last weekend of the season since 1979, well before the field expanded to 64 teams in 1985.

The Wildcats have a pedigree and a roster full of highly touted freshmen. Yet they're just as reliant on holdovers such as Liggins and Harrellson.

A seldom used reserve a year ago who has flourished in his final season, Harrellson again held his own against North Carolina's bigger, more heralded front line, scoring 12 points and grabbing eight rebounds as Kentucky avenged a 75-73 loss to the Tar Heels in December in Chapel Hill.

It was a different story in New Jersey. And in March.

It's a month Kentucky and North Carolina have owned for years. They've combined for 210 NCAA tournament victories — 105 each — but Sunday's victory was the Wildcats' first in three NCAA meetings with the Tar Heels.

Not that North Carolina coach Roy Williams was in the mood for a history lesson.

Tyler Zeller led the Tar Heels with 21 points and nine rebounds and Harrison Barnes added 18 points, but North Carolina fell behind early and struggled to keep the hot-shooting Wildcats in check.

"No question, I thought we were going to pull it out," Barnes said. "We've been through so many of these situations before. Losing didn't enter my mind until the final horn sounded."

Instead, it was Harrellson giving teammate Eloy Vargas a bear hug and Knight flexing at midcourt before gleefully cutting down the nets while Barnes and the Tar Heels trudged slowly off the floor.

It's a scene Kentucky has longed for — a mission that began in earnest when the program lured John Calipari away from Memphis in 2009.

He promised he wasn't "the grand poobah" the day he signed his eight-year, $31.65 million contract, but there's little doubt who rules the Bluegrass now.

"You play at Kentucky to raise banners, and I'm happy we did this," said Kentucky athletic director Mitch Barnhart. "I'm happy for these guys, because no one gave them a chance."

Calipari joins Rick Pitino as the only men's basketball coaches to lead three different programs to the Final Four. Calipari's previous visits at Massachusetts in 1996 and Memphis in 2008 were vacated by the NCAA for rules violations, but Calipari was not found liable in either instance.

Barnhart said Calipari wanted his Final Four appearances with the Wildcats "to stick." Time will tell, though he's already restored the luster to a program that's slowly slipped off its perch over the last decade.

That lust for a championship banner is why Kentucky went after Calipari so aggressively, making him the highest paid coach in the country.

He came close a year ago, as the Wildcats missed their first 20 3-point attempts in a dismal 73-66 loss to West Virginia.

There were no such issues Sunday. Knight hit a 3-pointer barely 3 minutes in, and Kentucky kept right on shooting. Darius Miller, Terrence Jones and Doron Lamb also drilled 3s of their own to give the Wildcats an early confidence boost. Kentucky made 12-of-22 3-pointers on Sunday, very different from the miserable 4-for-32 effort they put together last season.

But that was a different team, one Calipari likened to a bulldozer. This one is a little smaller, a little leaner. And ultimately, a little more successful.

When they weren't knocking down jumpers from all over, they were getting their hands in passing lanes, pestering the bigger, longer Tar Heels into sloppy mistakes.

At one point Barnes found himself in an awkward position and tried to throw the ball off the backboard to himself. No dice. Harrellson, as he was almost all game, was right in position to gobble up the North Carolina mistake.

Kentucky roared into the halftime with a 38-30 lead then made it stand up as North Carolina failed to take advantage when the Wildcats grew skittish with the lead.

Kentucky wobbled, but it didn't falter and instead rocketed to Houston on the heels of a 10-game winning streak.

No team has been to the Final Four more than North Carolina, and the Tar Heels were poised to add to their NCAA-record 18 appearances after mauling Marquette in the regional semifinals on Friday.

Instead, their resurgent season ended with a downtrodden Barnes glumly shaking hands as Kentucky players donned Final Four caps a few feet away.

The game mirrored much of the talented freshman's season. He struggled early then caught fire late, scoring eight straight at one point as the Tar Heels clawed back into it.

Yet he faltered in the final minute, missing a 3-pointer after Liggins' big shot then missing another one after Knight hit two free throws to give Kentucky a six-point lead.

Barnes refused to discuss whether he'll return next year.

"All I know is the last two years I played basketball it ended with a championship, not a loss," he said. "I never felt like this before."

Neither have the Wildcats, all of whom where in grade school when Kentucky beat Utah in San Antonio for their seventh national title in 1998.

They don't need to be reminded of the program's rich history. It dangles from the rafters at Rupp Arena. Now they have a chance to add their own chapter to the legend.

"This is a great tradition that we have to live up to," Knight said. "It feels good that we were able to do this for Kentucky."