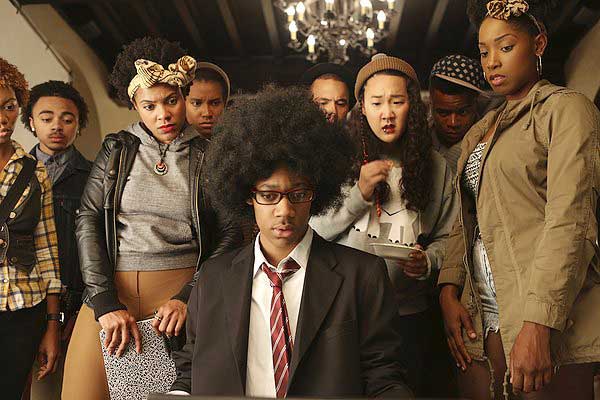 The Best of Me (PG-13 for sexuality, violence, brief profanity and some drug use) Romance drama based on the Nicholas Sparks best-seller of the same name and revolving around the reunion of a couple of high school sweethearts (James Marsden and Michelle Monaghan) for the first time in years when they return to their hometown for a friend’s funeral. With Liana Liberato, Luke Bracey and Caroline Goodall.

Fury (R for sexuality, graphic violence, grisly images and pervasive profanity) Brad Pitt stars in this World War II flick, set in Germany in April of 1945, as the hard-nosed commander of a Sherman tank leading an urgent rescue mission behind enemy lines. With Shia LaBeouf, Logan Lerman, Michael Pena and Scott Eastwood. (In English and German with subtitles)

Felony (Unrated) Aussie crime drama, set in Sydney, revolving around three police detectives (Joel Edgerton, Jai Courtney and Tom Wilkinson) involved in the cover-up of a cop’s culpability in a car accident that left a kid riding a bike in a coma. With Melissa George, Sarah Roberts and Rosie Lourde.

A Matter of Faith (PG for mature themes) Christian-oriented drama about the Born Again father (Jay Pickett) of a college freshman (Jordan Trovillion) who decides to intervene when his daughter (Harry Anderson) becomes influenced by a biology professor pushing the theory of evolution as the only explanation for the origins of life. Support cast includes Jay Pickett, Chandler Macocha and Clarence Gilyard, Jr.

Private Violence (Unrated) Domestic abuse documentary highlighting the case of a female cop from Oklahoma who was abducted by her estranged husband and beaten for four days while being held captive in the cab of his truck.

A Requiem for Syrian Refugees (Unrated) Black & white expose’ detailing the day-to-day ordeal of traumatized refugees trying to survive as they flee the violence of the Syrian civil war. (In Kurdish with subtitles)

The Town That Dreaded Sundown (R for profanity, explicit sexuality, graphic violence and grisly images) Remake of the 1976 slasher flick about a copycat who embarks on a murderous rampage 65 years after a hooded serial killer terrorized the same town. Co-starring Addison Timlin, Gary Cole, Edward Herrmann and Denis O’Hare.

Watchers of the Sky (Unrated) Reverential retrospective revisiting the legal career of Ralph Lemkin (1900-1959), the attorney credited with coining the term “genocide” and laying the groundwork for the Nuremburg trials of Nazi war criminals.

Young Ones (R for profanity and violence) Futuristic sci-fi, set in a dire dystopia with a dwindling amount of water and other natural resources where we find a resourceful teen (Nicholas Hoult) willing to go to great lengths to provide for his thirsty and starving family. With Elle Fanning, Michael Shannon and Kodi Smit-McPhee.