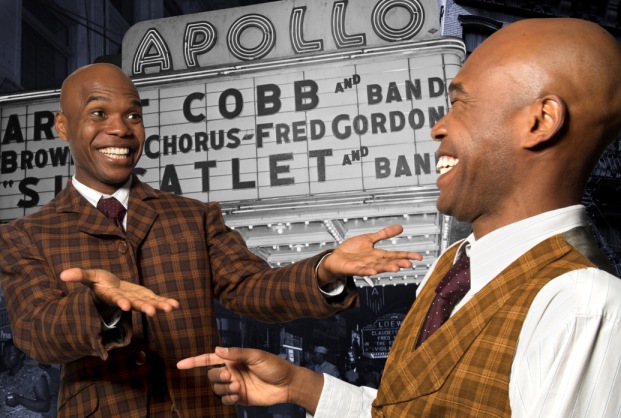 PHOTO: Rodney Gardiner as Dromio of Syracuse and Dromio of Ephesus

A group of four Shakespeare on the Road travelers will visit The Oregon Shakespeare Festival  July 28-August 1, 2014, as part of a 60-day, 10,000-mile road trip to 14 Shakespeare festivals in the U.S. and Canada. The trip will celebrate the 450th anniversary of Shakespeare’s birth. 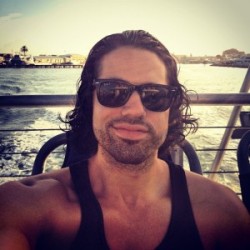 The travelers are: Dr. Paul Edmondson, head of research and knowledge at the Shakespeare Birthplace Trust in Stratford-upon-Avon; Dr. Paul Prescott, reader in English at the University of Warwick;  AJ Leon, founder of Misfit, Inc.; and Melissa Leon, chief of staff at Misfit, Inc. The travelers started their road trip July 4 at the Heart of America Shakespeare Festival in Kansas City and will finish in Washington, D.C., in early September. Read more about Shakespeare on the Road.

“The amount of Shakespearean theatre-making in America dwarves that of any other country, the UK included," said Dr. Paul Prescott, Associate Professor at the University of Warwick, located near Shakespeare's birthplace in England. "Every summer, from sea to shining sea—and at all points in between—from spit-and-sawdust performances in local parks to slick professional productions in reconstructed Elizabethan playhouses, the Bard busts out all over the USA. This trip will take the pulse of Shakespeare in America over the course of one remarkable summer in 2014 and is a perfect way of celebrating his enduring popularity and the 450th anniversary of his birth.”

The team is gathering material for a book, podcasts and a radio program and mapping the trip on the Shakespeare on the Road website through interviews, photos and short blogs. While at OSF, they will see Richard III, The Comedy of Errors and The Two Gentlemen of Verona, tour the campus, and meet with various departments. 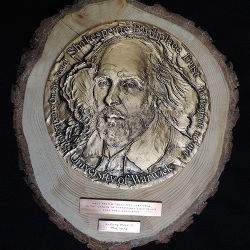 On July 30 the Shakespeare on the Road travelers will present the Festival with a commemorative plaque (pictured) made from a piece of a cedar tree that grew in the garden of Shakespeare’s birthplace in Stratford-upon-Avon. The welcoming ceremony will be followed by a Festival Noons lecture by Dr. Prescott titled "Bard in the USA: A Summer on the Road in Search of Shakespeare, with Some Thoughts on OSF's Richard III.”

“We’re thrilled that the traveling troupe known as Shakespeare on the Road is coming to our town,” said Dr. Lue Douthit, OSF’s Director of Literary Development and Dramaturgy. “It isn’t often that we get visits from scholars across the pond, and we’re excited to show them what we’ve been up over here. They are fascinated with America’s fascination with Shakespeare and I can’t think of a better ‘laboratory’ to study audiences than at the Oregon Shakespeare Festival, which has THE BEST audiences in the world.”