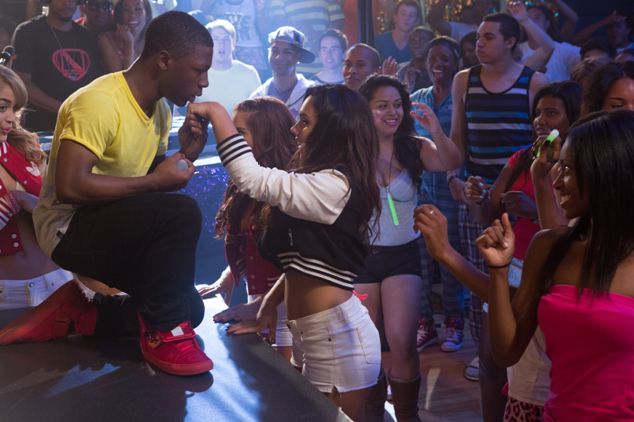 Kicking off an impressive career in front of the camera at the tender age of five, Bobb’e J. Thompson rose to fame as a child actor well before his teens, initially with a small but colorful and energetic supporting role as the pint-sized Tupac in My Baby's Daddy (2003). He subsequently appeared in television and film efforts such as The Tracy Morgan Show (2004), Shark Tale (2004), That’s So Raven (2004), and Joey (2005).


Bobb’e contributed to OutKast mainstay Bryan Barber's offbeat, inventive musical drama Idlewild (2006) before teaming up with Vince Vaughn in the holiday comedy Fred Claus (2007). He then starred in the acerbic farce hit comedy Role Models as the hilarious, wisecracking Ronnie Shields, for which he earned an MTV Movie Award nomination for Best Breakthrough Performance in 2009.

2009 proved to be a breakout year for Bobb’e. He appeared in Land of the Lost with Will Ferrell and the family comedy Imagine That opposite Eddie Murphy. He was also a semi-regular on NBC's 30 Rock, stealing scenes and showing perfect comic timing in his role as Tracy Jr., the son of Tracy Morgan's character.

Next, Nike recruited Thompson for multiple commercials as the fast-talking Lil Dez, who gives NBA greats Kobe Bryant and LeBron James a run for their money while babysitting. He became the first Spokes Kid for Sony PSP in their multi-commercial campaign Marcus Rivers Don’t Play That and the youngest star to host WWE Monday *ight Raw, following his onscreen appearance opposite Big Show as fight promoter Mad Milton in Knucklehead.

Tyler Perry jumped at the opportunity to work with Bobb’e, casting him as M.J. Williams in the television series For Better or Worse. But the role of “Cal Devereaux” in Cloudy with a Chance of Meatballs showed a sweeter side closer to his real-life personality.

Besides his film work, Bobb’e has cultivated favorable attention for his prominent contributions to the youth-oriented urban dance video JammX Kids: Can't Dance Don't Want To, which afforded him the opportunity to show off his flair for urban music and footwork. And his hosting gig on the Cartoon Network show Bobb’e Says ranked number one on all television among its primary target demo, boys 6-11.

Kam Williams: Hi Bobb’e, thanks so much for the interview.

BJT: Thanks for having me, Kam.

BJT: Honestly, I kinda liked the fact that I would have the chance to play a character that’s the opposite of what I’m used to playing. Jason isn’t as outspoken and foul-mouthed. I liked having an opportunity to channel my abilities in a different direction.

KW: Did you feel any pressure to do a good job and carry the movie as the main character, given that it’s Nick Cannon’s directorial debut?

BJT: I don’t know what pressure feels like. I went in with my head clear ready to do my job, because I knew everybody else was coming to do theirs. I was working with a team, so as long as I was ready to do my part, I was confident that the pieces were going to fit together as they should.

KW: What was it like working with a cast with so many great comedians? Kevin Hart… George Lopez… Katt Williams… Mike Epps…

BJT: And Lil Duval and Luenell. We had some heavy hitters. We had fun on set. Everybody was upbeat and in good spirits. We cracked jokes and laughed but, by the end of the day, everybody got their work done. We were all about business when it was time to get on camera. And when the camera’s rolled, it was crazy! Everybody was cracking jokes and having fun, man.

KW: The movie reminded me of a musical, comical version of Romeo and Juliet.

BJT: Yeah, that’s kinda what Nick was going for when he pitched it to me. Like a West Side Story with a modern twist to it. I went, “Yeah, that’s dope!” And we made it happen. That’s how we wanted it to be perceived, so I’m glad you saw it that way.

KW: Editor/Legist Patricia Turnier asks: How did you prepare for the role and how challenging was it playing your first lead in a movie?

BJT: It wasn’t really hard for me. It didn’t take too much preparation. I knew I wasn’t Ronnie from Role Models this time around. And I had great guidance from Nick to tone it down whenever I started to slip back into that character.

KW: Patricia also says: You started acting at 5.  What does acting mean to you and what advice do you have for young people who want to be part of the film and television world?

BJT: When I first started, acting wasn’t something that I wanted to do but it’s become a passion over the years, and I have a divine love for it now. If you want to act, I advise you to stay in school, because you need your education, too, since this is a business. I’d also say, follow your dreams. Never give up! Stay persistent!

KW: Harriet Pakula-Teweles observes that in the movie, your character says, “I’m working on it, bro.” She asks: Is the real Bobb’e similar to Jason?

BJT: No. I’m kinda the exact opposite. He dresses like a nerd. I dress nice. And If I’m interested in a girl, I’ll approach her. He has no swag at all.

KW: Children’s book author Irene Smalls asks: What are your dreams and aspirations as an artist?

BJT: I think when it’s all said and done, I need 5 Grammys, 6 Oscars, a few Emmys and a couple of NAACP Awards. The whole 9 yards. My dream is to be one of the wininngest entertainers ever. I just want my work to be recognized as well as the effort I put in.

KW: Larry Greenberg asks: What were Nick Cannon’s instructions about how Jason should relate to Kristina DeBarge’s character, Anastacia.

BJT: There were no directions about how we should relate because we were coming from two different sides of the tracks and we only had to build chemistry later on.

BJT: Reporters never ask me about my real passion, my music.

KW: Okay, then tell me about your music.

BJT: I just finished a mixtape that’s available at www.DatPiff.com . And I also have a video out on Youtube entitled “OMG.”

BJT: The last time I sat down to watch School Dance.

BJT: Eating sweets, grapes, strawberries, cherries and stuff with a lot of sugar.

BJT: Michael Oher’s “The Blind Side.” It’s a great book.

BJT: It was one of my songs, but I’m not sure which one. I don’t want to sound conceited, but I listen to myself all day. I critique myself a lot.

BJT: I see an ambitious young man who will one day have it all.

BJT: To bring my grandmother back so I could share all this with her.

KW: Let's say you’re throwing your dream dinner party—who’s invited… and what would you serve?

BJT: I’d invite Carmelo Anthony, since he’s my favorite basketball player. And Beyonce’ and Jay-Z, Puffy, and my boy Rich Homie Quan. And K. Michelle or Keyshia Cole or to be my date… whichever one of them ain’t busy at the time.

BJT: It’s really funny. I was chasing my big brother around the house when I was really, really little, about 3 years-old. He slammed the door in my face, and I got a black eye. [LOL]

BJT: I don’t promote at home. On the red carpet, I’m in full promotion mode.

BJT: A nice smile. I think everybody who’s successful has nice pearly whites.

BJT: Yeah, let’s remake the Home Alone series. We could take it to the ‘hood and show you how a little black boy would handle some robbers. [Laughs]

BJT: When my grandmother died, it made me value my days more, and work harder to achieve everything I told her I was going after.

BJT: Follow your dreams, stay in school, and honor your mother and your father. That’s pretty much it.

KW: The “Realtor to the Stars” Jimmy Bayan question: Do you have a favorite city where you’d like to live?

KW: Attorney Bernadette Beekman asks: What is your favorite charity?

KW: Thanks again for the time, Bobb’e, and best of luck with School Dance.