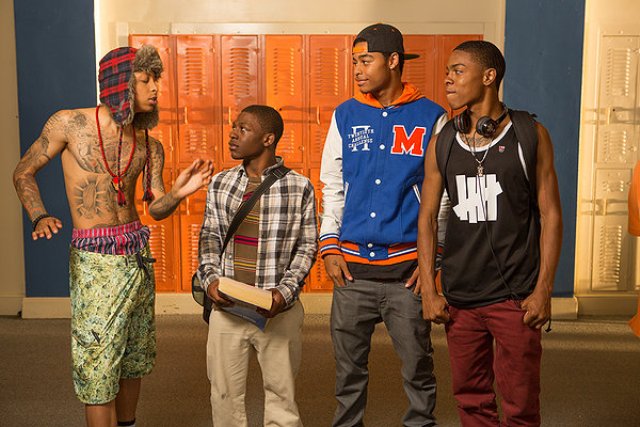 Deliver Us from Evil (R for graphic violence, grisly images, profanity and pervasive terror) Screen adaptation of Beware the Night, Ralph Sarchie and Lisa Collier Cool’s supernatural thriller about an NYPD street cop (Eric Bana) who joins forces with a renegade exorcist (Edgar Ramirez) in response to the alarming increase in cases of demonic possession occurring around the city. With Olivia Munn, Dorian Missick and Joel McHale.

Tammy (R for profanity and sexual references) Melissa McCarthy plays the title character of this road comedy about a just-fired fast-food clerk who embarks with her foul-mouthed grandmother (Susan Sarandon) on a rip-roaring road trip from Illinois to Niagara Falls after catching her philandering husband (Nat Faxon) in bed with a neighbor (Toni Collette). Ensemble includes Kathy Bates, Allison Janney, Dan Aykroyd and Gary Cole.

America (PG-13 for violent images) Revisionist documentary co-directed by John Sullivan and Dinesh D’Souza speculating about what the country would look like if the Minutemen had lost the Revolutionary War to England.

The Girl on the Train (R for profanity and violence) Crime thriller about a documentary filmmaker (Henry Ian Cusick) whose chance encounter with a mysterious passenger (Nicki Aycox) aboard a commuter train headed from Grand Central Station to upstate New York leaves him a suspect in the eyes of skeptical detective (Stephen Lang). With Charles Aitken, James Biberi and John Fugelsang.

Heatstroke (Unrated) Crime thriller about the girlfriend (Svetlana Metkina) and daughter (Maisie Williams) of a research scientist (Stephen Dorff) who are forced to survive by their wits after he is murdered in an African desert by ruthless arms dealers. Support cast includes Peter Stormare and Andrew Roux.

Marius (Unrated) Romance drama, set in Marseille, where the seafaring son (Raphael Personnaz) of a tavern owner (Daniel Auteuil) finds himself torn between the love of a woman (Victoire Belezy) and the lure of a life on the ocean. With Jean-Pierre Darroussin, Marie-Anne Chazel and Nicolas Vaude. (In French with subtitles)

Me and You (Unrated) Oscar-winner Bernardo Bertolucci (for The Last Emperor) directed this beguiling bildungsroman about the forbidden friendship secretly forged between a 14 year-old introvert (Jacopo Olmo Antinori) and the troubled, 25 year-old half-sister (Tea Falco) he shares the basement with when she comes to town in need of a place to stay. With Sonia Bergamasco, Veronica Lazar and Pippo Delbono. (In Italian with subtitles)

Premature (R for profanity, drug use, crude humor and pervasive sexuality) Coming-of-age comedy, reminiscent of Groundhog’s Day, revolving around a high school senior (John Karna) forced to relive over and over again the day he loses his virginity to the girl of his dreams (Carlson Young). With Alan Tudyk, Katie Findlay and Zoe Myers.