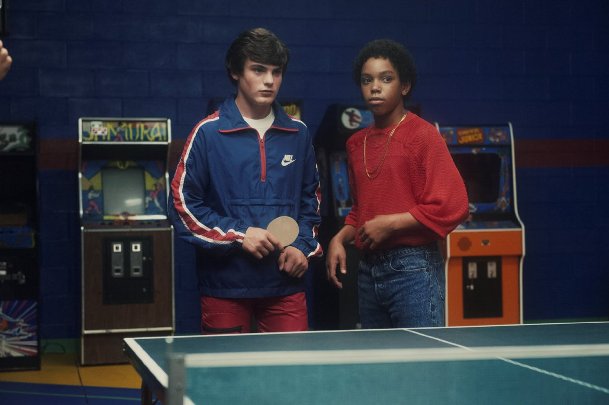 Edge of Tomorrow (PG-13 for profanity, intense violence and brief sensuality) Infinite loop sci-fi starring Tom Cruise as the recently-deceased soldier called upon to travel back in time repeatedly to defend the planet against a bloodthirsty race of aliens bent on world domination. With Emily Blunt, Bill Paxton and Brendan Gleeson.

The Fault in Our Stars (PG-13 for sexuality, brief profanity and mature themes)

Screen adaptation of John Green’s #1 best-seller about the bittersweet romance which blossoms between a terminally-ill teenager (Shailene Woodley) and a patient in remission (Ansel Elgort) she meets at a cancer support group. With Willem Dafoe, Laura Dern, Nat Wolff and Mike Birbiglia.

2 Autumns, 3 Winters (Unrated) Romantic dramedy about a 33 year-old bachelor (Vincent Macaigne) who divides his time between wooing a cynical woman (Maud Wyler) he meets while jogging in the park and caring for his BFF (Bastion Bouillon) after a stroke. With Thomas Blanchard, Audrey Bastien and Pauline Etienne. (In French with subtitles)

Borgman (Unrated) Jan Bijvoet stars in the title role of this psychological thriller as a hobo who destabilizes the upper-class family that befriends him. Support cast includes Hadewych Minis, Jeroen Perceval and Alex van Warmerdam. (In English and Dutch with subtitles)

Burning Blue (R for profanity, sexuality and graphic nudity) Out of the closet drama about a couple of Navy pilots (Trent Ford and Morgan Spector) whose lives and careers are turned upside-down when their forbidden love affair becomes public knowledge. Featuring Rob Mays, William Lee Scott and Tammy Blanchard.

Citizen Koch (Unrated) The Koch brothers are the focus of this eye-opening expose illustrating the expanding influence of rich individuals on American elections in the wake of the Supreme Court decision in Citizens United liberalizing the amount of money corporations can contribute to political campaigns.

The Moment (Unrated) Psychological thriller about a photographer (Jennifer Jason Leigh) in a tumultuous affair who lands in a mental hospital following the mysterious disappearance of her troubled boyfriend (Martin Henderson) only to be befriended there by a fellow patient who bears an uncanny resemblance to her missing beau. With Marianne Jean-Baptiste, Alia Shawkat and Meatloaf.

Obvious Child (R for profanity and sensuality) Romantic comedy, set in Brooklyn, about an aspiring comedienne (Jenny Slate) who’s left reeling by being fired, dumped and knocked up until she meets a perfect gentleman (Jake Lacy) on what promises to be either her best or worst Valentine’s Day ever. With Gaby Hoffmann, Richard Kind, Polly Draper and Cindy Cheung.

Supermensch (R for nudity, profanity, sexual references and drug use) Mike Myers makes his directorial debut with this reverential documentary highlighting the career of Shep Gordon, the legendary super agent-turned-Buddhist who managed the careers of such music icons as Pink Floyd, Luther Vandross, Alice Cooper and Teddy Pendergrass.