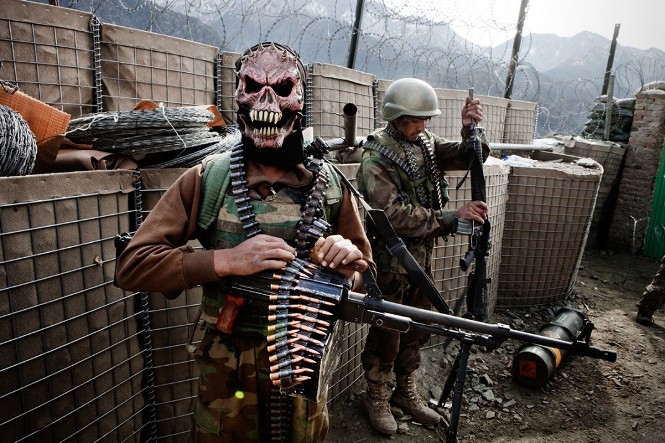 PHOTO: Still from the indepndent movie Korengal about a platoon of soldiers ina dnagerous part of Afghanistan

Blended (PG-13 for profanity, sexuality and crude humor) Adam Sandler and Drew Barrymore reunite for their third romantic comedy (after The Wedding Singer and 50 First Dates), this go-round as a widower and divorcee who continue seeing each other despite a disastrous blind date. With Terry Crews, Kevin Nealon, Wendi McLendon-Covey, Dan Patrick and Shaquille O’Neal. 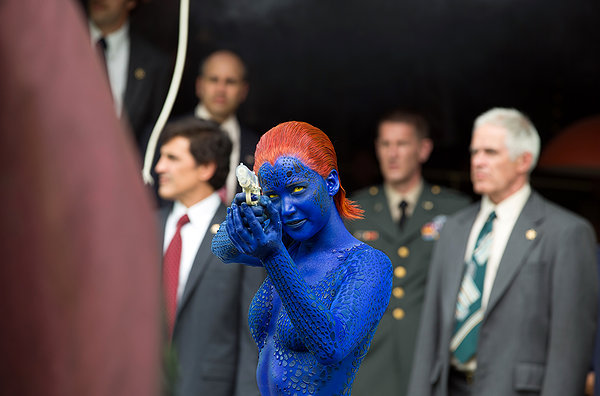 X-Men: Days of Future Past (PG-13 for nudity, profanity, suggestive material and intense violence) Latest installment of the Marvel Comics franchise finds a confederacy of mutants traveling back in time to join forces with their younger selves in order to change the past to preserve the future. Cast includes Jennifer Lawrence, Halle Berry, Ellen Page, Anna Paquin, Hugh Jackman and Michael Fassbender.

The Angriest Man in Brooklyn (R for sexuality and pervasive profanity) Robin Williams plays the title character in this remake of The 92 Minutes of Mr. Baum, an Israeli dramedy about an obnoxious jerk who tries to make amends with everyone he’s ever offended after being informed by his doctor (Mila Kunis) that he only has an hour-and-a-half left to live. With Melissa Leo, James Earl Jones and Peter Dinklage.

Cold in July (Unrated) Crime thriller, set in East Texas in the Eighties, about a family man (Michael C. Hall) worried about the arrival in town of the revenge-minded father (Sam Shepard) of the burglar he shot to death during a home invasion. With Don Johnson, Vinessa Shaw and Wyatt Russell.

The Dance of Reality (Unrated) Auto-biopic written, produced and directed by Renaissance Man Alejandro Jodorowsky, revisiting his own childhood in Chile, and featuring Jeremias Herskovits as his boyhood self. Co-starring Brontis Jodorowsky, Adan Jodorowsky and Axel Jodorowsky, courtesy of nepotism-inspired casting. (In Spanish with subtitles)

Korengal (Unrated) Sequel to the Oscar-nominated documentary Restrepo, directed by Sebastian Junger (A Perfect Storm), serves up another slice of the War in Afghanistan from the point of view of a decimated platoon of American soldiers stationed in a very vulnerable valley surrounded by Taliban fighters on a suicide mission.

Lila, Lila (Unrated) Screen adaptation of the Martin Suter novel of the same name about a waiter (Daniel Bruhl) desperate to impress a customer (Hannah Herzsprung) he wants to date who publishes a found manuscript under his name only to find himself hounded by the true author (Henry Hubchen) when the book becomes a runaway best-seller. With Kirsten Block, Peter Schneider and Henriette Muller. (In German with subtitles)

The Love Punch (PG-13 for sexuality, profanity and crude humor) Revenge comedy about a divorced couple (Emma Thompson and Pierce Brosnan) who grudgingly join forces to recover their savings from the shady businessman (Laurent Lafitte) who embezzled the entire contents of their retirement account. With Timothy Spall, Celia Imrie and Tuppence Middleton.