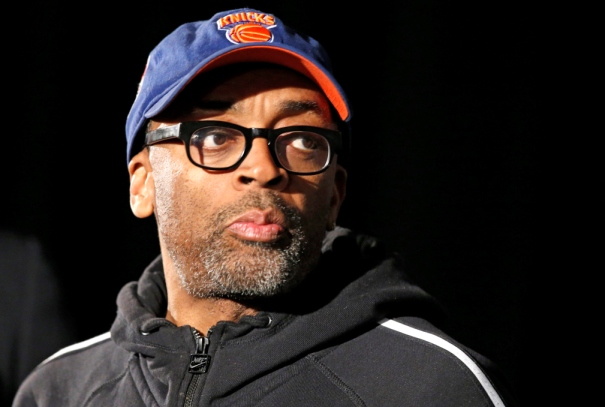 Lee says his wife persuaded him to “She's Gotta Have It,” will make great television.

This April 29, 2014 file photo shows filmmaker and avid basketball fan Spike Lee at a news conference by NBA Commissioner Adam Silver in New York announcing that Los Angeles Clippers owner Donald Sterling has been banned for life by the league. Lee says his wife convinced him to turn his 1986 film “She's Gotta Have It” into a television series for Showtime. The original story focused on a woman's relationship with three men, exploring the issues of race, sexuality and gentrification in the neighborhood of Brooklyn. Showtime will decide whether the show gets picked up or not. (AP Photo/Kathy Willens, File)

ATLANTA (AP) — Spike Lee says his wife persuaded him to adapt his 1986 film, “She's Gotta Have It,” for television.

“For years, my wife Tonya (Lewis) kept telling me, 'That would make a great TV show,'“ Lee said in an interview Thursday night. “Then I went to Showtime with the first initial meeting and we sold the idea. That's not something that happens every day.”

Lee wants to adapt the movie into a half-hour comedy series. The original story focused on a woman's relationship with three men, exploring the issues of race, sexuality and gentrification in the neighborhood of Brooklyn, New York.

The film was a breakthrough project for Lee, and helped ignite the independent film movement.

Lee expects to take a contemporary look at the characters and plot for the adaptation. He's working on the pilot and feels confident about creating a strong script.

Showtime will decide whether the show gets picked up.

“I've always been confident in my ability, but it's not to be my decision alone,” said the 57-year-old Lee. “All I can do is write the best pilot I can write. Hopefully, God willing, the people and powers-to-be at Showtime can say, 'We like it Spike, let's shoot the pilot.'“

Lee has also finished the script and is seeking more financial backing for the sequel to his 1988 film, “School Daze,” based on life at Atlanta's historically black colleges.

He said he wants to explore the current issues faced by black college students.

“Anytime I walk the streets, people say how much they like to see them (the colleges) again,” he said. “It'll be very interesting to revisit Mission College 25 years later. It's different than what students were dealing with in 1988 when that film came out. The world has changed.”