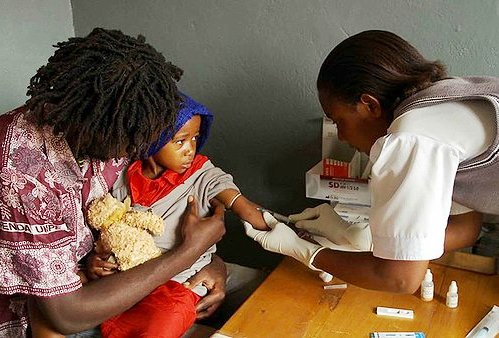 Photos: Stills from Brick Mansions and Tanzania: A Journey Within

Brick Mansions (PG-13 for profanity, sexual menacing, gunplay, drug use and pervasive violence) Remake of the French action-thriller District B-13, now set in a dystopian, walled-in Detroit, and starring the late Paul Walker as a detective determined to rid the city of a drug kingpin (RZA) in league with corrupt cops. With David Belle, Carlo Rota, Catalina Denis, Ayisha Issa and Gouchy Boy.

The Other Woman (PG-13 for profanity, sexual references and mature themes) Romantic comedy revolving around the wife (Leslie Mann) of a shameless womanizer (Nikolaj Coster-Waldau) who befriends his two mistresses (Cameron Diaz and Kate Upton) before hatching a plan with them to even the score. With Nicki Minaj, Don Johnson and Tatlor Kinney.

The Quiet Ones (PG-13 for profanity, sexuality, mature themes, smoking, and scenes of intense violence and terror) Supernatural thriller, set in the Seventies, about an Oxford University professor (Jared Harris) heading a team of student researchers which unwittingly unleashes demonic forces while experimenting on a woman (Olivia Cooke) possessed by a Poltergeist. Cast includes Sam Claflin, Erin Richards and Rory Fleck-Byrne.

Walking with the Enemy (Unrated) Fact-based World War II saga, set in Hungary during Nazi occupation, about a young Jewish man (Jonas Armstrong) who, with the help of his girlfriend (Hannah Tointon), masqueraded as an SS officer in order to find his family. With Ben Kingsley, Simon Dutton and William Hope.

Blue Ruin (R for profanity and graphic violence) Macabre thriller about a beach bum (Macon Blair) who returns to his hometown to carry out an act of vengeance only to botch the assassination attempt and end up having to defend his suddenly-imperiled family. With Devin Ratray, Amy Hargeaves and Eve Plumb.

From the Rough (PG for mature themes and mild epithets) Taraji P. Henson stars in this biopic about Catana Starks, the African-American trailblazer who made history in the mid-Eighties by becoming head coach of Tennessee State’s golf team. With Letoya Luckett, Tom Felton and the late Michael Clarke Duncan.

The German Doctor (PG-13 for mature themes and brief nudity) True tale, set in Patagonia in 1960, about an Argentinean family who had no idea it was living with Nazi fugitive Josef Mengele (Alex Brendemuhl), the wanted war criminal known as the Angel of Death. Co-starring Natalia Oreiro, Diego Peretti and Florencia Bado.

Jeune et Jolie (Unrated) Coming-of-age drama about a 17 year-old virgin (Marine Vacth) who turns to prostitution after being deflowered by a German boy (Lucas Prisor) she meets while on vacation with her parents (Frederic Pierrot and Geraldine Pailhas) in the south of France. With Charlotte Rampling, Nathalie Richard and Akela Sari. (In French with subtitles)

Locke (R for pervasive profanity) Distracted driving drama, set in England, about a construction foreman (Tom Hardy) whose life is irreversibly altered by a series of phone calls he receives while driving from Birmingham to London. With Olivia Colman, Ruth Wilson and Andrew Scott.

The Machine (R for violence and profanity) Sci-fi thriller about a couple of Artificial Intelligence researchers (Caity Lotz and Toby Stephens) who successfully implant a human brain in a robot only to have it turned into a weapon by the British military which had funded their experiment. Featuring Sam Hazeldine, Denis Lawson and Pooneh Hajimohammadi.

Tanzania: A Journey Within (Unrated) Road documentary chronicling a vacation shared by a couple of University of Miami grads, one, an African returning to his humble roots, the other, an American debutante visiting the continent for the first time.